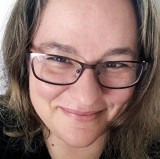 I’m a mother, author, editor and geek. I live in Canberra, Australia’s bush capital, with my son and two Cairn Terriers. I have a serious coffee addiction and a tattoo of a cat — despite being allergic to cats. I’ve loved to read since primary school, when the library was my refuge, and love many genres — although urban fantasy is my favourite. When I’m not reading or writing, I engage in geekery, from Doctor Who to AD&D. Because who said you need to grow up?

Tell us a little about yourself.
I could cut and paste my author biography here, but that feels a little bit like cheating. So instead, let’s go with this: I’m a long-time geek who has been role-playing since her teens and still has a weekly tabletop game even though she should have grown up years ago. At this stage it doesn’t seem likely, though. I’m a single mother to a bright little boy, having done the dreary marriage/divorce thing. (I don’t recommend it unless you have to.) I have a weakness for good coffee and chocolate, and an abhorrence of bad coffee and chocolate. I’m an introvert who would prefer to spend her time curled up with a book, a pen and paper, or a colouring book, rather than go to a noisy party full of strangers. I’m a public service editor, so I spend a lot of time reading boring reports and have opinions on hyphens (yes please), the Oxford comma (where required) and semicolons (not just for winky emoticons).

I think that about covers it!
Are all your books set in Australia?
The urban fantasies are, including Lucid Dreaming—although part of the third book in my other trilogy also has a handful of scenes set in London and Edinburgh. I’ve thought about setting a book entirely overseas, but there are several reasons I haven’t. One is that I’ve only ever been on one overseas holiday (to Scotland and Spain), and I didn’t think I could fake it. Another is that I’m acutely aware that I not only write in Australian English, but that I don’t always know when a phrase I use is uniquely Australian. If I tried to write a character with an American or British voice, for example, readers would be onto me faster than you can say “g’day, mate”.

Besides, I love Australia and thought there wasn’t enough supernatural fiction set here, so I decided to put my money where my mouth is!
Read more of this interview.

Where to find Cassandra Page online 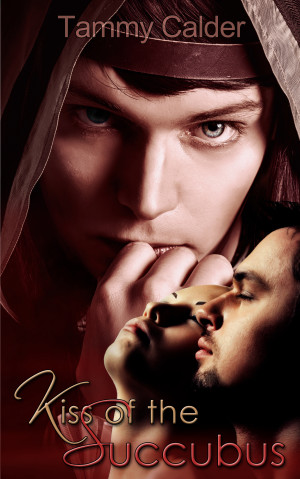 Kiss of the Succubus by Tammy Calder
Price: $1.50 USD. Words: 20,590. Language: Australian English. Published: May 5, 2018 by Cassandra Page. Categories: Fiction » Erotica » Paranormal, Fiction » Erotica » Women's Erotica
Ranger Lys is on a mission to gather a rare herb that could save the prince. But she has a second, more personal goal: to seduce Dellen, the handsome knight she is travelling with. The last thing she expects is to encounter is an elven warlock and his pet succubus. Can Lys save herself and Dellen from the warlock’s clutches, or will she lose herself to the kiss of the succubus … forever? 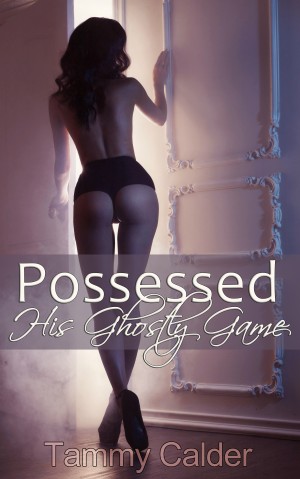 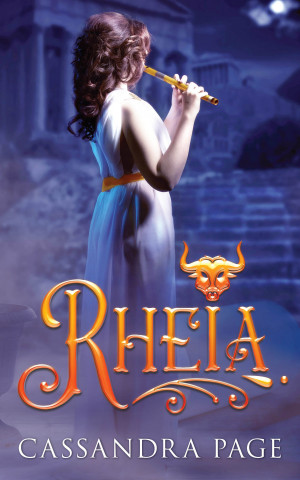 Rheia by Cassandra Page
Price: $2.99 USD. Words: 92,930. Language: Australian English. Published: October 13, 2018. Categories: Fiction » Fantasy » Historical, Fiction » Fantasy » General
Every year, Rheia’s father brought home four prisoners of war, sacrifices to keep a demon bound. Rheia never gave them much thought…until her father’s enemy made her one of them. Now she has two weeks to find a way to escape death at the Beast's hand and either save her people or condemn them to destruction. The last thing Rheia expected was to fall in love with the Beast oath-bound to kill her. 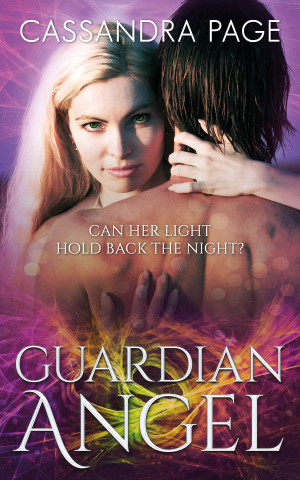 Guardian Angel by Cassandra Page
Price: $0.99 USD. Words: 26,470. Language: English. Published: April 28, 2018. Categories: Fiction » Fantasy » Paranormal, Fiction » Fantasy » Urban
There are two things actor Jordan Woodrow always swore were true: that there was no such thing as love at first sight, and that he could never love a fangirl. But after he met Brianna at a convention, everything changed. When she is with him, everything is fine. No, it’s better than fine—it’s perfect. Why can’t his family and friends see that? 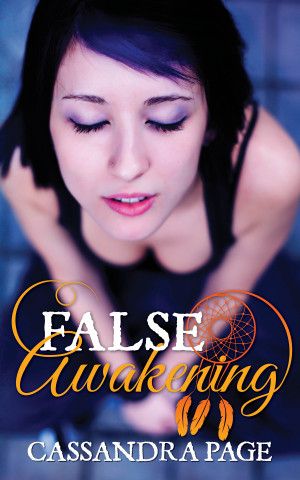 False Awakening by Cassandra Page
Price: $3.50 USD. Words: 82,190. Language: Australian English. Published: August 26, 2017. Categories: Fiction » Fantasy » Urban, Fiction » Fantasy » Paranormal
Melaina, half-human dream therapist, just wants her life to return to normal. When a deranged ex-nurse checks himself out of hospital on the same day her cousin runs away from home, she is dragged into a fight not just for her life but for her soul. 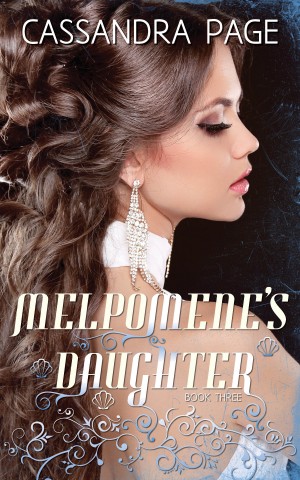 Melpomene's Daughter by Cassandra Page
Price: $3.50 USD. Words: 77,650. Language: Australian English. Published: February 8, 2016. Categories: Fiction » Young adult or teen » Paranormal, Fiction » Young adult or teen » Urban
Isla has spent months persuading the Canberra fae she isn’t a tyrant like her mother. But when the Old World fae strike at her family, seeking to avenge old wrongs, Isla will do anything to keep her loved ones safe. To protect herself, her family and all Australian fae, she must cross the oceans, taking the fight to the country of her birth. Isla must prove she is Melpomene’s daughter after all. 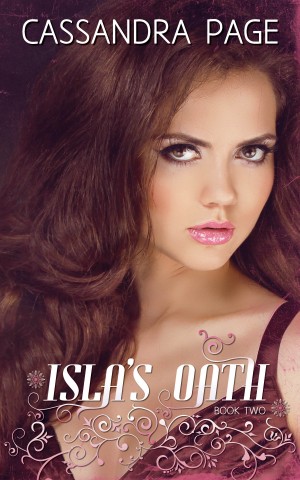 Isla's Oath by Cassandra Page
Price: $2.99 USD. Words: 69,990. Language: English. Published: December 19, 2015. Categories: Fiction » Young adult or teen » Paranormal, Fiction » Young adult or teen » Urban
Isla is determined to understand her heritage and control her new abilities, but concealing them from those close to her proves difficult. Convincing the local fae that she isn’t a threat despite her mixed blood is harder still. When the dazzling Everest arrives with a retinue of servants, Isla gets her first glimpse of why her mother’s people are hated ... and feared. 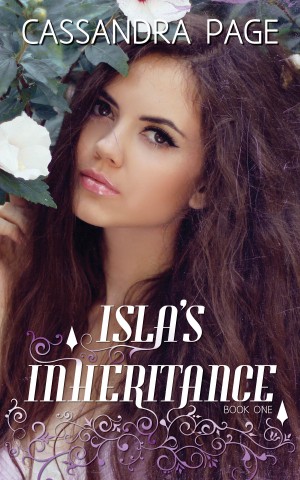 Isla's Inheritance by Cassandra Page
Price: Free! Words: 74,000. Language: Australian English. Published: December 14, 2015. Categories: Fiction » Young adult or teen » Paranormal, Fiction » Young adult or teen » Urban
Isla is sure nothing will happen when a Halloween seance try to contact her mother’s spirit. But the séance receives a chilling reply: SHE IS NOT DEAD. Isla doesn’t want to upset her father by prying into the family's history. When the mysterious and unearthly Jack offers to help her discover the truth, Isla must master new abilities to protect her loved ones from enemies she never knew existed. 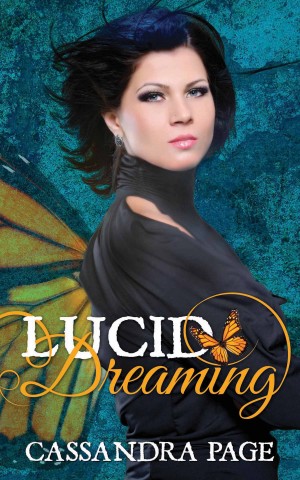 Lucid Dreaming by Cassandra Page
Price: $2.99 USD. Words: 75,840. Language: English. Published: November 3, 2015. Categories: Fiction » Fantasy » Paranormal, Fiction » Fantasy » Urban
When half-Oneiroi dream therapist Melaina treats a client for possession by a nightmare creature, she unleashes the murderous wrath of the creature’s master. He could be anywhere, inside anyone: a complete stranger or her dearest friend. Melaina must figure out who this hidden adversary is and what he’s planning – before the nightmares come for her.

You have subscribed to alerts for Cassandra Page.

You have been added to Cassandra Page's favorite list.

You can also sign-up to receive email notifications whenever Cassandra Page releases a new book.