Like her readers, romance author Chantilly White lives in the real world, but she also knows the value of escapism. As a shy girl in a new school, Chantilly discovered the priceless ability to escape her surroundings through reading the latest romance novels or by taking pen in hand to write her own stories.

Reading and writing have been a joy ever since.

Now, Chantilly loves providing the same joy to her readers. Pure Hearts ~ Sinful Pleasures is more than just her tagline. It’s her promise. Whether they’re looking for a sweetly fluffy romantic tale or a spicy-hot romp, a sweeping historical romance or a contemporary love story, Chantilly White’s readers know when they delve into one of her stories, they will be transported to a world where love reigns supreme and everyone gets their happily-ever-after. Guaranteed.

When did you first start writing?
I wrote my first 200-page "novel" when I was eight years old, but I'd been writing short stories and little random scenes for quite a while prior to that point.

The novel has unfortunately been lost to posterity. I know my kids would have gotten a kick out of seeing it, but I have clear memories of parts of it. It really was more a treatise on what I wanted and expected my grown-up life to be like. I included details of the house I would live in, down to the decorations in my future children's rooms. I planned to have eight kids (thank goodness that detail changed! I'm very happy with my three!), and no one would be allowed to wear shoes in the house. I don't know where that rule came from at the time--my parents certainly never instigated such a thing--but in my home now, we do indeed leave our shoes outside.

The most detailed part of that treatise, though, involved the animal houses. It was my most fervent desire to grow up to be insanely wealthy so that I could afford to go to all the animal shelters in the world and rescue every single animal. I planned to have a mansion-sized home for every type--a dog house, horse house, rabbit house, one for cats, bunnies, turtles, you name it. They would be required to get along with each other or else! And I would take care of them all and play with them every day.

As a matter of course, I would have to be a veterinarian, too, so I would know how to care for them properly. That ambition ended when I learned that vets have the responsibility of putting animals to sleep. I understood the genuine necessity of doing such a thing for an animal that was suffering, but I couldn't bear to think about doing it myself. However, all those plans, and many others, were extensively detailed in that first book.
Where did you grow up, and how did this influence your writing?
I grew up in southern California, first in Orange County, then in the high desert, and both locations influenced my writing.

Orange County is a sort of fantasy place to live--the weather is almost always good, it's beautiful, there are beaches galore, shopping is an epic adventure, and there's always Disneyland. I loved it there and still miss it. I was lucky to live there again during a few of my college years, which I very much enjoyed. As for the writing--I started writing at a very young age. Being surrounded by such a fanciful place, not to mention the strong emphasis on the arts in the community, helped my imagination soar. I had constant access to a wide variety of creative, supportive people. It was a wonderful place to begin discovering that part of myself. My writing at that stage reflected both my youth and the fairy tale landscape--it was light, fluffy, and sparkly, full of optimism.

Then my family moved to a very small town in the high desert. Talk about culture shock! In the early days, I felt like I'd been banished to the moon. Artistic opportunities were pretty limited initially, and I admit it took me a long while to learn to appreciate the stark beauty of a desert landscape. Thankfully, I made a lot of great friends there, ones I still cherish today, and they helped smooth the transition. However, a lot of my writing in that period involved escaping the desert! As I grew into my teen years, my work became darker, more angsty. It dug deeper and often reflected the desert's bleakness on a cold winter's day.

Now, I think (I hope!) that my work reflects both places and periods in my life. Since I write romance with a guaranteed Happily Ever After ending, a lot of it is light and fluffy out of necessity, but without any darker tones woven through, it would have no substance at all. Some books, like Cupid's Mistake, are lighter than others. That one is pure sparkly fluff, perfect for a beach read or an escape from a trying day when you don't want to wade through lots of trauma and tears to get to that Happily Ever After. On the other hand, Pearls of Pleasure is much darker and deals with the trauma of a husband and wife coming to grips with the changes in their relationship after the hero-firefighter's near-death experience on the job.

Aside from the emotional contributions my early locations have made to my work and personal development, those locations themselves feature prominently in my books. Pearls of Pleasure, Unwrapped, and Cupid's Mistake all take place in southern California, although the high desert garners only a brief mention--but it will play a more prominent role in future works. I'm very grateful for the growth and opportunities I was able to take advantage of in both of my hometown areas.
Read more of this interview.

Where to find Chantilly White online

Passion For Pearls by Chantilly White 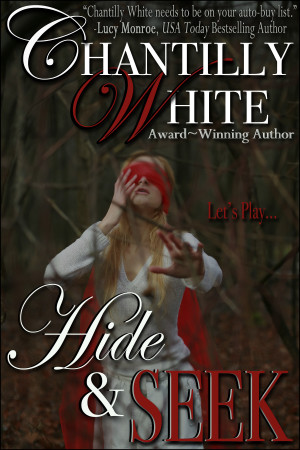 Hide & Seek by Chantilly White
Price: $0.99 USD. Words: 16,870. Language: English. Published: February 25, 2019. Categories: Fiction » Thriller & suspense » Action & suspense, Fiction » Thriller & suspense » General
Craig drives trucks for a living, which can be deadly dull. The long, straight highways, the traffic, the solitude. There are times when he needs a diversion. A way to express his higher purpose. So he spun a childhood favorite and created something new, the perfect game, and he can play it as often as he wants. He loves to play games. Games are awesome. In fact, he thinks they're killer... 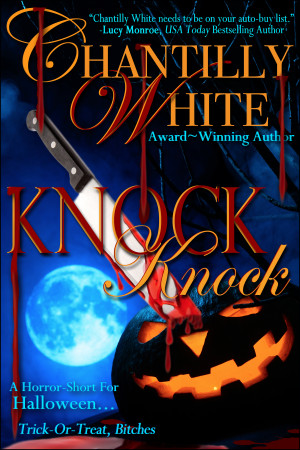 Knock Knock by Chantilly White
Price: $0.99 USD. Words: 11,100. Language: English. Published: March 6, 2018. Categories: Fiction » Horror » General, Fiction » Holiday » Halloween
To his colleagues, Professor Harvey G. Lockwood is pleasant and professional. A bit pedantic, but who isn’t? His students say he’s… tediously dull. Not the guy you want to chat up in the Student Union. But Professor Lockwood has a secret. A dark, delicious, deadly little secret. And Halloween is the perfect night to let the monster out of the closet… Trick-or-treat, bitches. 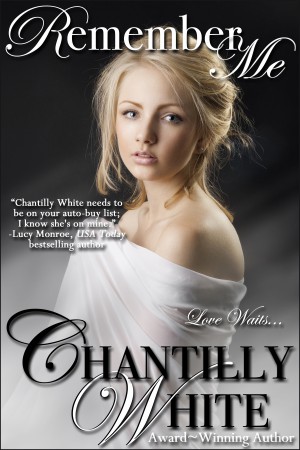 Remember Me by Chantilly White
Price: $3.99 USD. Words: 56,330. Language: English. Published: February 28, 2015. Categories: Fiction » Romance » Paranormal » General, Fiction » Romance » Contemporary
Two strangers, bound by a tragic history and a lifetime of nightmares, struggle to find the strength and love buried deep inside themselves in order to break an ancient curse. If they are successful, they might just find their happily-ever-after and free two anguished spirits to do the same. But first, they’ll have to battle their personal demons and survive their trial by fire… 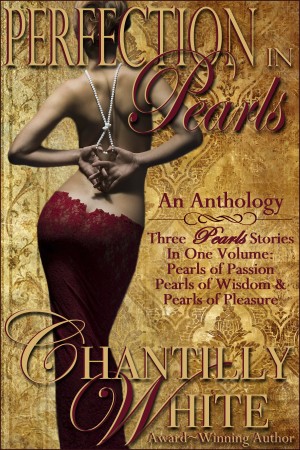 Perfection In Pearls ~ An Anthology: Pearls of Passion, Pearls of Wisdom, and Pearls of Pleasure Together In One Volume by Chantilly White
Price: $4.99 USD. Words: 69,400. Language: English. Published: December 2, 2014. Categories: Fiction » Romance » Contemporary, Fiction » Literary collections » Female authors
Passion: Will shy librarian Sabrina's daring Valentine's Day plan prompt her equally shy crush to prove he's the super-hot, super-loving hero of her dreams? Wisdom: WWII is raging, and Billy is about to leave for battle... But not before he spends one incredible night with the woman he loves. Pleasure: Firefighter David needs a different sort of bravery to help his love battle her fears. 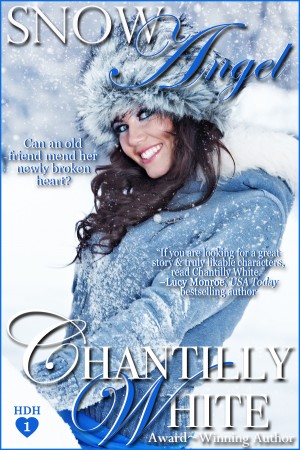 Snow Angel by Chantilly White
Price: $4.99 USD. Words: 130,710. Language: English. Published: October 31, 2014. Categories: Fiction » Romance » Contemporary, Fiction » Holiday » Christmas
Jacob is flipping out ~ His heart has gone haywire for the one woman who is off-limits to him—his best friend, Melinda. Melinda is flipping confused ~ She thought she loved Mitch, who dumped her on Christmas. But her heart is howling for Jacob, even though she knows he’s not the right guy for her. Together, they’re flipping screwed ~ Will they risk everything for a chance at love? 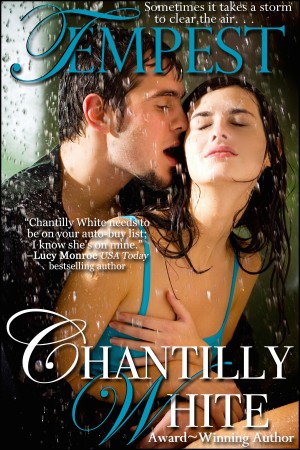 Tempest by Chantilly White
Price: $2.99 USD. Words: 15,590. Language: English. Published: September 21, 2014. Categories: Fiction » Romance » Contemporary, Fiction » Women's fiction » General
Once upon a time, Tracey and Adam's relationship was strong. Now, their ten-year marriage is at a terrible crossroads. They pretend everything is fine, but inside, they fear their love is dying. Win or lose, the heartbreaking battle for the survival of their marriage ends tonight. Will a push from a summer storm help them remember just how rare and precious their love truly is? 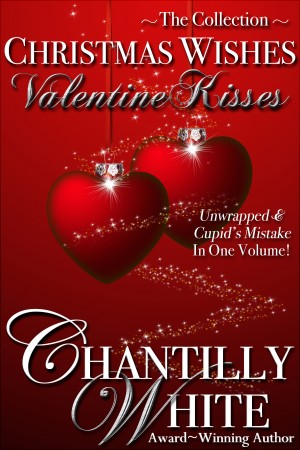 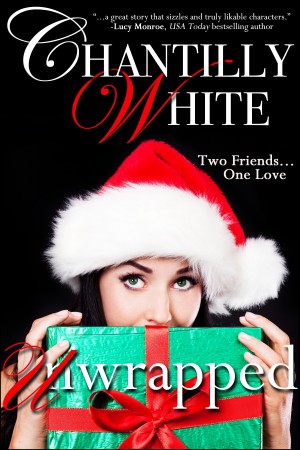 Unwrapped by Chantilly White
Series: Christmas Wishes, Valentine Kisses, Book 1. Price: $3.99 USD. Words: 52,700. Language: English. Published: March 30, 2013. Categories: Fiction » Romance » Contemporary, Fiction » Holiday » Christmas
Derrick Fox wants his best friend, the virginal and insecure Mia Patterson. When her latest moron walks out on her, Derrick sees his chance to claim Mia for his own. Forever. But when she propositions him instead, it leaves him reeling. They'll need some Christmas magic to sort it all out--the once-in-a-lifetime kind that only happens when two hearts join together in trust. And love. Unwrapped. 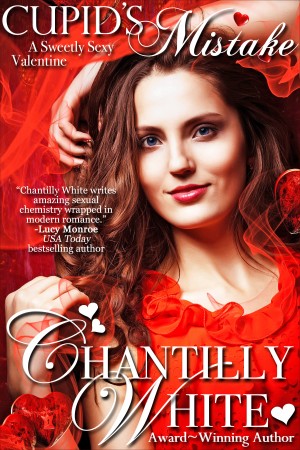 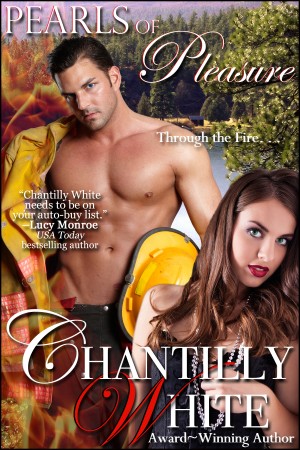 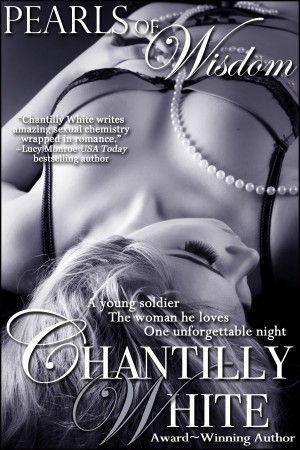 On the eve of departing for World War II, Billy Wingate finally gathers the courage to ask his dream girl, sexy town librarian April Collins, to be his bride. But when his proposal turns into a steamy night of passion, Billy is determined to make every moment count, for they both know his first time may be his last. A short H-O-T historical romance, Pearls of Wisdom is 15,000 words (about 35 pgs) 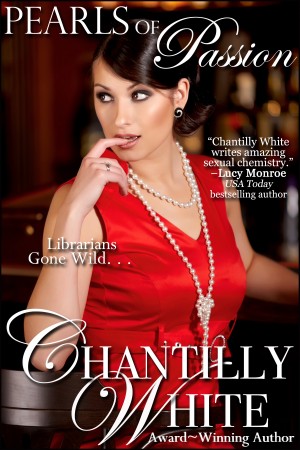 Shy librarian Sabrina has had her heart set on Robert, her hunky, reserved colleague, for months. Now she's taking matters into her own hands. . . and anywhere else she can manage. But once she's had her way with him, will she end up with the love match she craves even more than his luscious body? A short, H-O-T contemporary romance, Pearls of Passion is 6,000 words (about 15 pages).

You have subscribed to alerts for Chantilly White.

You have been added to Chantilly White's favorite list.

You can also sign-up to receive email notifications whenever Chantilly White releases a new book.