Heavenly Fangs Books is the publisher of books by Charlayne Elizabeth Denney. Created in 2011, we have also published books by Mai Nakawa.

We aren&#39;t soliciting new authors at this time. Thank you.

When did you first start writing?
I started writing early. Telling stories were always a big thing. I first started writing "fan fiction" in the world of the shows I watched, the old Dark Shadows and the original Star Trek were the main two. Of course, I wrote "Mary Sue" stories back then; stories with me as the main character.

I did that through high school. I discovered non-fiction with the journalism department and won some awards in both high school and college, then wrote articles for various magazines and also the "Train the Trainer" manuals for Compaq Computers.

It was only after the contract with Compaq closed that I found myself wanting to write again. I started writing book reviews on novels I read, writing for Paranormal Romance Guild. Then I thought about writing my own book. One idea led to another and the Fangs & Halos series started coming into my head.

The rest, they say, is fictional history!
What's the story behind your latest book?
The latest book is Book 3 of the Fangs & Halos Series: Vampire rEvolution. Marcus Lancaster and Lilly Marchantel are back. Marcus is dealing with the Vampire Council's demands and trying to get back to Texas to tend to his business and to his lover, Jesse, and Lilly. Lilly is sick and both Isobel and Baron (the vampire cat) are worried about her. They're in a hotel in San Antonio as Hurricane Rita passes through the state. And there's another complication: there's a human trying to get control of Lancaster Industries and is willing to send a very personal message to Marcus about that.

The Angels, meantime, are trying to figure out what the vampires are planning and have sent Essex, the Enforcer angel, into Houston to infiltrate Lancaster Industries. Lilly knows he's there and doesn't know quite what's going on.

Sullivan, the angel-turned-vampire is still in the monastery in Norway, still pining for Lilly and trying to be good enough to be let out. His temper, however, is still not under control and a friend from heaven shows up to help him.

Of course, there's so much more to the story, you'll have to check it out!
Read more of this interview. 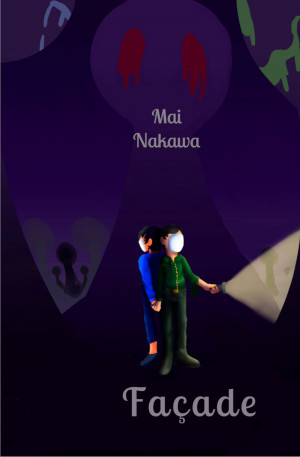 Facade by Mai Nakawa
Price: $3.99 USD. Words: 18,610. Language: English. Published: February 14, 2019 by Heavenly Fangs Books. Categories: Fiction » Young adult or teen » Family, Fiction » Young adult or teen » Social Issues
10 years. 10 years of beatings and harassment. Doll-like playing. Fear boiling just beneath the surface of every mask the three held. Alice, a downtrodden mother that refuses to admit. Luke and Ryan, unwilling to be chained to the man. One beating always a precursor to another. And one day, Arthur will pay. 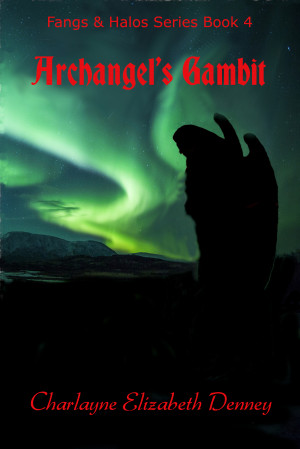 Archangel's Gambit by Charlayne Elizabeth Denney
Series: Fangs & Halos. Price: $3.99 $2.00 USD. (50% off until July 31!) Words: 70,750. Language: English. Published: July 15, 2017 by Heavenly Fangs Books. Categories: Fiction » Romance » Paranormal, Fiction » Urban
The Archangel Mikhail is faced with rebellions in both Heaven and on Earth. In Heaven, the angels believe he's not working to solve the disappearance of angels on Earth. On Earth, vampire Marcus Lancaster is working to make a vampiric angel army to stop the angels from taking vampires to Hell. Caught in the middle is pregnant vampire Lilly Marchantel and her vampire cat, Baron. 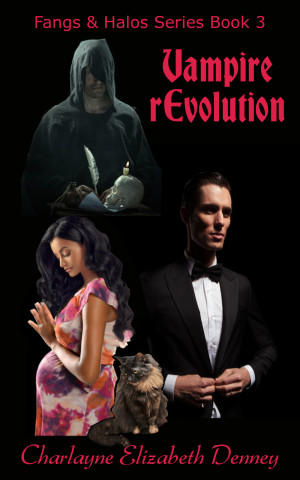 Marcus Lancaster's life is getting complicated. The Vampire Council, the humans, and Lilly's illness are complicating it. And the angels are not making it easier. Something has to give, and that something may be Marcus's entire world, which might just please everyone, including Marcus’s rival for Lilly’s love, Sullivan Kilcoan. 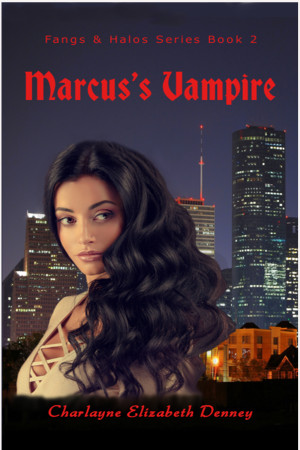 Marcus's Vampire by Charlayne Elizabeth Denney
Series: Fangs & Halos. Price: $3.99 $2.00 USD. (50% off until July 31!) Words: 101,230. Language: English. Published: August 10, 2014 by Heavenly Fangs Books. Categories: Fiction » Romance » Paranormal
Be careful of what you wish for … Lilly Marchantel is on her way to Houston and the arms of the man she's dreamed of for over 100 years, Marcus Lancaster. Marcus knows the woman he left for dead in a brothel in 1900 is alive, or rather undead, and he's looking forward picking up where they left off. Will she find the Marcus of her dreams or will the years change both of them too much? 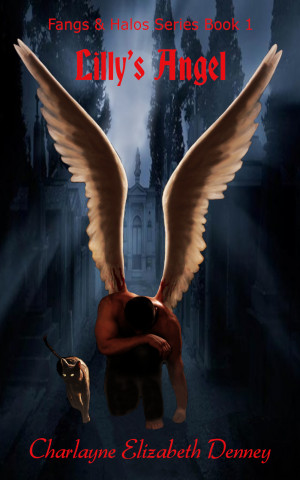 In Storyville, New Orleans at the turn of the 20th Century, prostitute Lilly Marchantel entertains her client and dies. Her madam throws a lavish funeral for the girl and buries her in St. Louis 1 Cemetery. Flash forward to 2005, in the wake of Hurricane Katrina, Enforcer angel Sullivan comes to the cemetery to verify reports of two rogue vampires. How much trouble can an angel get into?

Fangs & Halos by Charlayne Elizabeth Denney
The Vampires are unhappy with the Angel's Rules. The Angels are determined to remove all Vampires to Hell. And Vampires Lilly and Baron, the vampire cat, are caught in the middle of the coming storm.

You have subscribed to alerts for Heavenly Fangs Books.

You have been added to Heavenly Fangs Books's favorite list.

You can also sign-up to receive email notifications whenever Heavenly Fangs Books releases a new book.