I'm a long-time SF writer in Chicago, with a master's degree in CS and a life-long habit of reading darn near anything. I'm blessed with family and "civilian" (that is, non-writer) friends here, and because this is Chicago, I'm also lucky enough to be in a writers' workshop, too. I'm in the Indie City workshop which meets in Hyde Park, and if you are also a Chicago writer (in any genre), leave a note on the Indie City Facebook page.

Where to find Charles Ott online 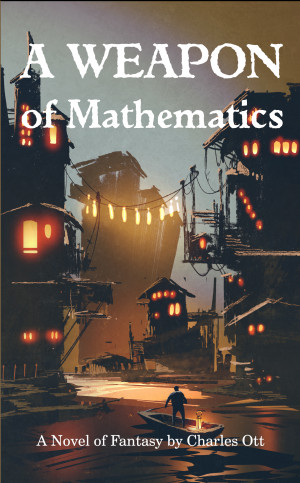 A Weapon of Mathematics by Charles Ott
Price: $2.99 USD. Words: 49,970. Language: English. Published: May 3, 2020. Categories: Fiction » Fantasy » General, Fiction » Fantasy » Epic
The Sorcerer’s Deluge crashed civilization and ushered in the Age of Magic. Magicians of mathematics are trying to rebuild the world. Hondoll, the King’s Magician, is a champion of rationality of rigor, but now two cults of “The Unborn Gods” threaten to unleash chaos again. Can Hondoll’s mathematics and reason stand against crazy, unreasonable gods? 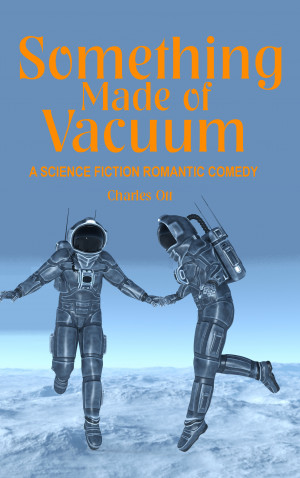 Something Made of Vacuum by Charles Ott
Price: $2.99 USD. Words: 56,100. Language: English. Published: May 3, 2020. Categories: Fiction » Science fiction » General, Fiction » Romance » Sci-fi
Tom’s a Moon Man, Helene comes from Earth on a business trip and they fall in love. But Helene discovers she’s hitched up with a man from the oddest little ethnic village culture ever. Moon Men live 24/7 in their spacesuits, sleep on the ground in vacuum, love to dance and gossip and think it’s odd that Earth people have to smell each other. There's a gap, you know? 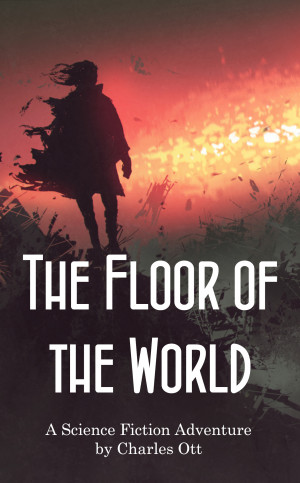 The Floor of the World by Charles Ott
Price: $2.99 USD. Words: 66,410. Language: English. Published: July 28, 2013. Categories: Fiction » Science fiction » Adventure, Fiction » Science fiction » Hard sci-fi
The planet Brythe is strange, so physically strange that it really should not exist in the same universe as Earth. When two young scientists find themselves transported there, the natives are humans, and that doesn’t make sense either. More than that, there are two races of non-human aliens who say the planet is going to explode… and the clock is ticking.

You have subscribed to alerts for Charles Ott.

You have been added to Charles Ott's favorite list.

You can also sign-up to receive email notifications whenever Charles Ott releases a new book.