Charles C. McCormack, MSW, holds masters degrees from Loyola College of Baltimore in psychology and the University of Maryland in social work. He is a licensed certified social worker and a Board Certified Diplomate. Over the past twenty-six years, he has worked in a variety of outpatient settings including drug treatment, partial hospitalization, and physical and sexual abuse treatment programs. In 1982, he began working in long-term inpatient treatment and from 1988 to 1992 was the Senior Social Worker of Long-Term Inpatient Services at Sheppard and Enoch Pratt Hospital. In 1989, his paper “The Borderline/Schizoid Marriage: The Holding Environment as an Essential Treatment Construct” was published in the Journal of Marital and Family Therapy. Mr. McCormack has presented numerous papers and workshops in the United States and Canada on the treatment of “difficult to treat” individuals, couples, and families. He is on the teaching and supervisory faculty of Sheppard-Pratt Hospital and is a guest faculty member of the Washington School of Psychiatry’s Psychoanalytic Object Relations Family and Couples Therapy Training Program. In 1994, Mr. McCormack was named Clinician of the Year by the Maryland Society of Clinical Social Workers. He currently supervises and maintains a private practice in Baltimore.
Published Works:
McCormack, C.C. The Borderline/Schizoid Marriage: The Holding Environment as an Essential Treatment Construct. The Journal of Marriage and Family Therapy 15:299 - 309, 1989.
McCormack, C. C. Treating Borderline States in Marriage: Dealing with Oppositionalism, Ruthless Aggression, and Severe Resistance. January 2000. Jason Aronson, NJ.
McCormack, C.C. Marital therapy. In The Borderline Personality, continuing education audio tapes, ed. B. Alexander. On Good Authority, Il. (2002)
McCormack, C.C. An object relations approach to the understanding and treatment of the personality disordered marriage. In Family Treatment of Personality Disorders: Interpersonal Approaches to Relationship Change, ed. M. McFarland. Howarth Press (2003 or 2004)
Major Talks:
1989.
Grand Rounds.
--"The Understanding and Treatment of Borderline States." Suburban Hospital, Washington, D.C. 1990.
--The Washington School of Psychiatry, Eleventh Annual Conference on Psychoanalytic Object Relations Family Therapy. "Projective Identification in the Borderline/Schizoid Marriage." Washington, D.C.1990.
--Miami Children’s Hospital, the Dade County Association of Marriage and Family Therapy, and the Dade County Society of Clinical Social Work. "Psychodynamics of the Borderline/Schizoid Marriage: The Holding Environment as an Essential Treatment Construct." Miami, Fla 1991.
--The Third Annual Diane Davis Memorial Lecture. The Georgia Society of Clinical Social Work. "Projective and Introjective Identification in the Borderline-Schizoid Marriage." Atlanta, GA 1991.
--Grand Rounds. Ridgeview Institute. "The Use of Primitive Defenses in the Borderline Couple."
Atlanta, Ga.
--The Washington School of Psychiatry, Fourteenth Annual Conference on Psychoanalytic Object Relations Approach to Couples and Family Therapy: Mourning and Containment. "On Being a Couple of Beings." Washington, D.C. 1994.
--Sunday Rounds. NPR. The John Stupak Show. "Intimacy and Marriage." Baltimore, MD. Spring 1994.
--University of Maryland School of Social Work. "Treating Borderline States: Therapeutic Interventions on the Road from Survival to the Development of the Self." Baltimore, MD Fall 1994.
--University Maryland School of Social Work. "Projective Identification in Couples Therapy: The Therapist’s Use of Self." Baltimore, MD. 1996.
--The Florida Conference Pastoral Counseling Network Annual Conference. "Shadows of The Heart: Applying Object Relations and Theological Reflection to Couples Therapy." Orlando, Fla. Fall 1996.
--Grand Rounds. Charter Hospital, "The Effects of Trauma on Couples and Families." Charlottesville, VA 1996.
--The Eighth Annual Helene Narot Memorial Lecture. The Clinical Social Work Association of South Florida, Inc. "Betwixt and Between: An Object Relations Approach to the Borderline Marriage." Miami, Fla.1997.
--Chesapeake Health Education Program, Inc. "An Insight Oriented Approach to Treatment Resistant Couples."
Perry Point VA Hospital. 1999.
--The Washington School of Psychiatry, Twentieth Annual Conference on Psychoanalytic Object Relations Approach to Couples and Family Therapy: Love Found and Lost in the Lives of Couples and Families. "The Gift: From Love, Hate, and Aggression to Love, Hate, and Reparation." Washington, D.C 2000.
--Guest Speaker Series. Sheppard-Pratt Hospital. "Beyond Neutrality: The Treatment of Borderline States in Marriage. "
Baltimore, MD 2001.
--Insight Forum. University of Maryland Continuing Professional Education."From Insight to Relationship: The Therapist's Use of Self Treating Borderline States in Marriage." Baltimore, MD 2002.
--The Philadelphia Society for Psychoanalytic Psychology Reading Seminar. Swathmore College, PA 2002.
--Mark Steiner Show, National Public Radio. "Urban Tribes." Baltimore, MD 2002.
--Mark Steiner Show, National Public Radio. "Relationships." Baltimore, MD 2004.
--Three Session Series: Understanding and Treating Couple Relationships. University of Maryland, School of Social Work, Continuing Professional Education. Baltimore, MD 2005.
--Personality Disorder as a Truncation of Development: Understanding and Treatment. Family Services. Seattle, WA. 2005.
--Difficult to Treat Couples and Individuals, study group of the Vancouver Psychoanalytic Society. Vancouver, Canada
2007.
--"Implications for Treatment of the Borderline Mental State" Maryland Society of Clinical Social Work. Baltimore, MD 2005.
--Full day presentation entitled: Before and Beyond Words: Finding the Individual in the Couple and the Couple in the Individual. Co-sponsored by: the Northwest Alliance for Psychoanalytic Study and the Seattle Psychoanalytic Society and Institute.
Seattle, WA 2005.
--Understanding and Treating Borderline states. Jewish Family Services, Baltimore, MD 2007.
--"Before and Beyond Words: The Impact of Countertransference in Couples Therapy. "The Institute of Contemporary Psychotherapy and Psychoanalysis, Washington D.C.2010.
--From the Image-Inary to the Real: Transitions in Dating and Marriage. Washington School of Psychiatry, Washington, D.C. 2010.
--Holding and Containment: The Therapist’s Management of Progress and Regress in Couple’s Therapy. The Washington School of Psychiatry, Washington D.C. 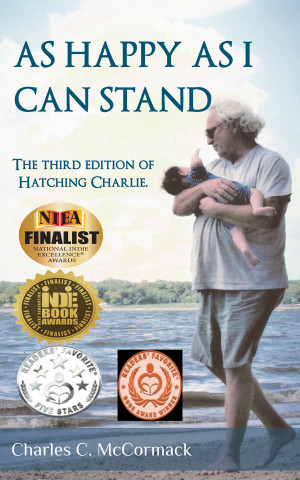 As Happy As I Can Stand: The Third Edition of Hatchin Charlie by Charles C McCormack
Price: $4.99 USD. Words: 89,340. Language: English. Published: April 5, 2020. Categories: Nonfiction » Relationships & Family » Dysfunctional relationships, Nonfiction » Relationships & Family » Family relationships
A psychological tour de force. The author, an award winning psychotherapist, uses the story of his life to illustrate the impact of a cratered childhood on the capacity for happiness. McCormack describes how each of us, caught in the quicksand of childhood, are as happy as we can stand, irregardless of how successful we or may not be in the external world, then offers a way through. 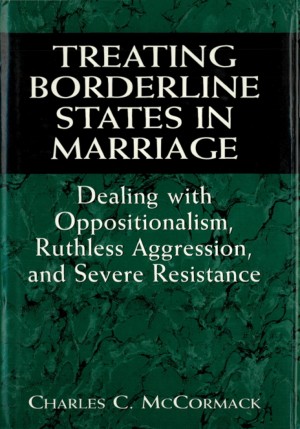 You have subscribed to alerts for Charles C McCormack.

You have been added to Charles C McCormack's favorite list.

You can also sign-up to receive email notifications whenever Charles C McCormack releases a new book.