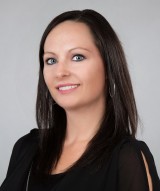 Christina enjoys a quiet life in Northern California with her family, her wine, and lots of coffee. Oh, and her books...don't forget her books! Most days she can be found writing, reading, or traveling the great state of California.

Join her private FB group for all her latest project updates and teasers! facebook.com/groups/634786203293673/

What five books (or series) inspire you to write?
Every writer has that one book or series that influenced and inspired them to write. I’m no different. Books hold a very special place in my heart; they’ve taken me to new worlds, introduced me to new concepts and ideas, and taught me so much about human relationships. Today, I’m going to share five books (and series) that pushed me to tell my story.

5. Little House on the Prairie
Little known fact about me…I couldn’t read until around age eleven. Yep, you read that right, ELEVEN! I still grow faint at the idea of reading aloud to anyone but my daughter. Another fact about me…I learned to read by first mastering braille with the help of my blind tutor, Chris Hansen. From the second I was able to string together words (I know this sounds like such an easy concept to some people) I took off! I read everything I could get my hands on. Up until that point, I enjoyed watching the television show, Little House on the Prairie starring Michael Landon and Melissa Gilbert. Imagine my surprise when I found the box set of books at my local bookstore. I was in absolute heaven! I spent the next year reading the series (including Laura Ingalls Wilder’s daughter’s story) and telling my mom how they differed from the TV show.

4. Julia Quinn’s The Duke and I
My next great inspiration was Julia Quinn (and really all Historical Romance writers). Quinn has a way of creating stories that draw a reader in…I become invested in her characters and I truly care about their story. You know you’ve read an amazing romance novel when the happily ever after isn’t enough for you. I found myself wanting to continue on with her characters and find out what happened next in their lives. After reading, The Duke and I, I was excited to learn that the book was part of a longer series in which her characters returned in each book. What? I don’t have to let them go? I was thrilled! If you enjoy Historical Romance, you’ll LOVE Julia Quinn’s Bridgerton’s series.

3. Lara Adrian’s Midnight Breed Series
As an adult my taste in books diversified and matured…and so started my love of vampires and anything Paranormal or Urban Fantasy. Lara Adrian’s unique idea for who and what vampires are captured my attention immediately. I fell in love with her take on the genre and the characters she developed. Her series, The Midnight Breed, fulfills my love for returning characters. Maybe I have a problem letting go? With eleven books currently in the series, and more coming each year, I plan on immersing myself in her characters and their world every few months!

2. JR Ward’s Black Dagger Brotherhood Series
I was introduced to JR Ward around the same time as Lara Adrian…and HOLY SMOKES can Ward write a compelling book! Her characters are well rounded and believable (as much as anyone can believe in vampires). Do I dream of meeting a male twice the size of the average man? Hell yea! Do I want a male willing to have my name permanently across his back in the old language? Umm, YES! I’d even sign up for the role of a doggen to be close to these men! LOL. Every time I finish reading one of JR Ward’s books I scurry to open my own project and find ways to captivate readers with my characters and plotlines.

1. The Twilight Saga
Say what you will about Stephanie Meyer’s writing ability and skill level, but I respect the hell out of this woman! I’ve read The Twilight Series three times and each time is like the first. I find myself falling in love with Edward, hating Edward for leaving Bella, falling in love with Jacob, and then back in love with Edward. How does Meyer’s capture this type of emotion in her writing? I’m still trying to figure this out (along with thousands of other writers). It was this series that ultimately pulled me back into writing after several years off. The Twilight Series proves that a book does not need to have hardcore sex scenes and gruesome violence to enthrall readers.
Who are your top ten historical romance authors?
10. Eloise James has stayed true to the Historical Romance genre throughout her career. Her novels never disappoint and always leave the reader wanting more.

8. Julia Garwood’s books are so enchanting that I will forsake my favorite place and time period (Regency England) to read her book, For The Roses—and I do it at least once a year!

7. Lisa Kleypas has mastered the art of writing a heroine that every woman would give up modern conveniences to be! I could live without running water, computers, and modern medicine to be Winnifred Hathaway in Seduce Me at Sunrise.

6. Pamela Britton knows how to write a rake of the first order! Her books Scandal, Seduced, and Tempted feature super hot bad boys!

5. Christina Dodd—what more do I need to say? The woman is an icon and legend! I recommend all of her books.

4. Lauren Royal brings a whole new to dimension to a love story. Her Jewel Series (Amethyst, Emerald, and Amber) is full of snappy dialogue and captivating characters.

3. Julia Quinn wrote another of my favorite series, The Bridgertons. The series follows a group of siblings (named in alphabetical order, which is helpful since there are a ton of them!) and their unique love stories.

1. My all-time favorite historical romance series is written by Stephanie Laurens. The Cynster Novels follow a family full of interesting men and women who will have you on the edge of your seat the whole time!
Read more of this interview.

Where to find Christina McKnight online 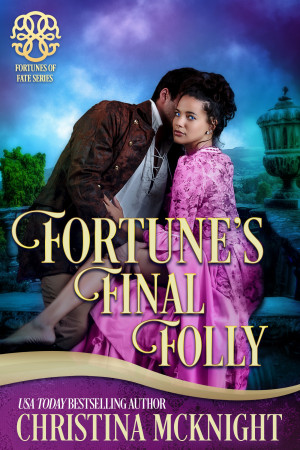 Fortune's Final Folly by Christina McKnight
Price: $2.99 USD. Words: 57,720. Language: English. Published: August 6, 2019. Categories: Fiction » Romance » Regency, Fiction » Romance » Suspense
Miss Katherina Elliott leads a simple life, teaching impoverished children, just as her parents did before her. Kate knows little of her family’s past: only that every three months, a mysterious benefactor sends her enough money to pay the school’s mounting bills. The envelope is brought by the solicitor across the street—a man Kate knows she shouldn’t want but can’t resist. 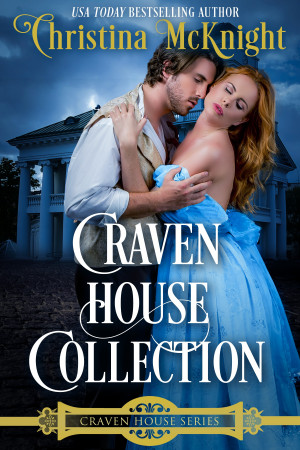 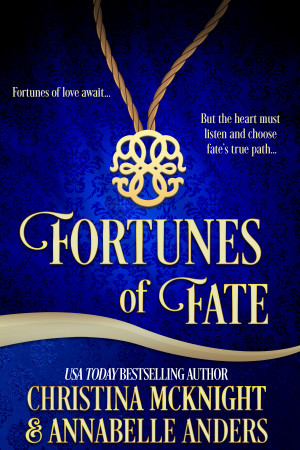 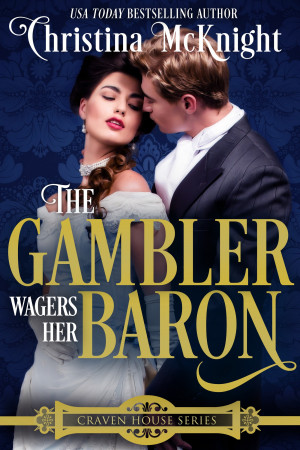 The Gambler Wagers Her Baron by Christina McKnight
Price: $4.99 USD. Words: 95,880. Language: English. Published: June 26, 2018. Categories: Fiction » Romance » Historical
Wagers go awry when love is in the cards... When happily ever after is the name of the game, gamblers must risk it all in this emotional conclusion to Christina McKnight’s bestselling Craven House series! 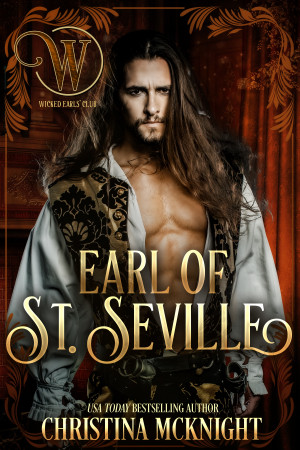 Earl of St. Seville by Christina McKnight
Price: $3.99 USD. Words: 66,790. Language: American English. Published: March 20, 2018. Categories: Fiction » Historical » Regency
When a bluestocking spinster sets her mind on something... And a dark, dangerous lord interferes... They just might find their happily ever after in each other’s arms. 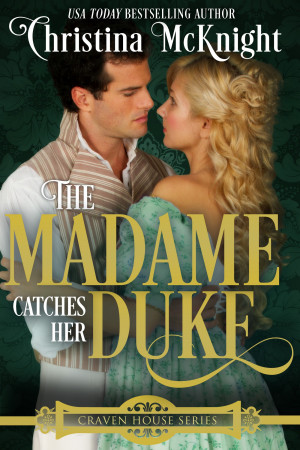 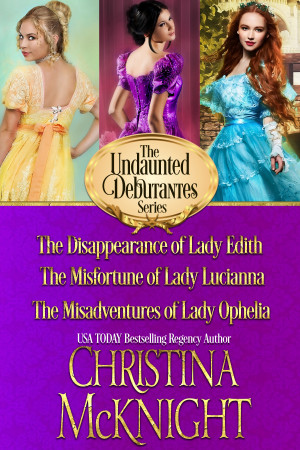 The Undaunted Debutantes Series (Books 1 - 3) by Christina McKnight
Price: $5.99 USD. Words: 157,490. Language: English. Published: January 1, 2018. Categories: Fiction » Romance » Regency
Three innocent debutantes must work to solve the mysterious death of their childhood friend. With undaunted determination they pledge to not only expose the man responsible for their friend’s tragic death on her wedding night, but to also uncover other unscrupulous men of the ton who would jeopardize the future of other young women. 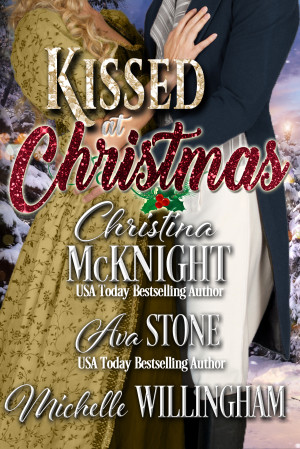 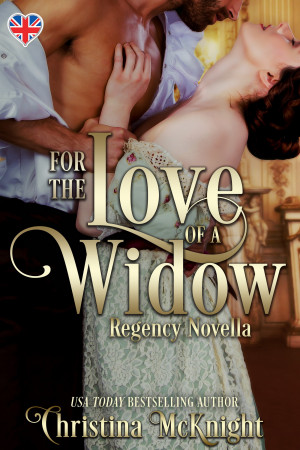 After years spent following her husband as he fought against Napoleon’s troops, Lady Lettie Hughes returns to London as a widow to take her place in Polite Society as the daughter of an earl. When nightmares of the battlefield plague her, she’ll find a second chance at love with the man she lost six years before. 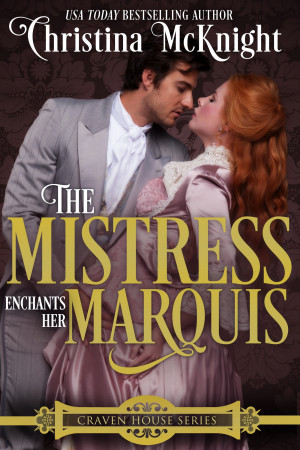 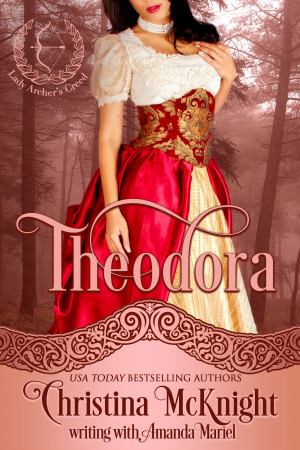 Theodora by Christina McKnight
Price: $4.99 USD. Words: 91,970. Language: English. Published: January 17, 2017. Categories: Fiction » Romance » Regency, Fiction » Romance » Historical
With Theodora’s future—and that of her friends—in jeopardy, will she agree to a marriage devoid of affection, or risk everything for the man who won her heart? 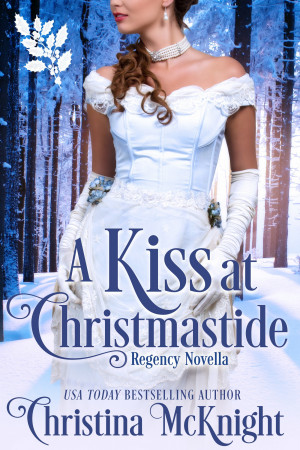 A Kiss At Christmastide: Regency Novella by Christina McKnight
Price: $2.99 USD. Words: 36,880. Language: English. Published: September 27, 2016. Categories: Fiction » Romance » Regency, Fiction » Holiday » Christmas
As Lady Pippa scrutinizes another arrogant, demanding lord, she is bombarded with memories of betrayals in her past. Can she forget those difficult life lessons to claim a Christmastide kiss from a perfect stranger? A Standalone Regency Romance Novella 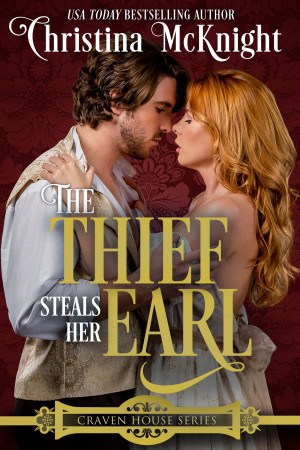 The Thief Steals Her Earl by Christina McKnight
Price: $4.99 USD. Words: 81,800. Language: English. Published: July 26, 2016. Categories: Fiction » Romance » Regency, Fiction » Romance » Historical
When Jude is caught in possession of Cart’s long-lost family heirloom, completely unaware of what it really means, can she convince him that things are far from what they seem? 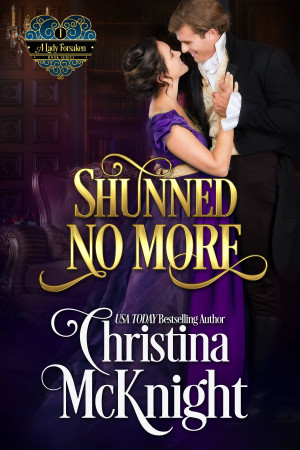 Shunned No More by Christina McKnight
Price: Free! Words: 78,360. Language: English. Published: May 22, 2014. Categories: Fiction » Romance » Regency, Fiction » Romance » Historical
Brock Spencer, Earl of Haversham, only wants vengeance. Recently returned from his military service to the King, his plans include repairing his family estate, finding a bride, and destroying the girl responsible for the untimely death of his twin brothers.

You have subscribed to alerts for Christina McKnight.

You have been added to Christina McKnight's favorite list.

You can also sign-up to receive email notifications whenever Christina McKnight releases a new book.