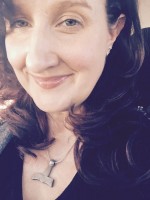 Carrie Peterson's entrance into the world, during one of the worst blizzards in Omaha's history, was an indication of her feisty nature and sharp tongue. She has an opinion about everything, and lets you hear it, whether you ask or not. She currently lives in the beautiful city of Colorado Springs with her three kids, three cats and the most anxious dog this side of the Mississippi, Sadie.

Tell us a little about yourself.
I was born in one of Omaha's worst blizzards; I think it influenced the rest of my life! I had a happy childhood for many years, and then, when I was about 8 years old, my world began to crumble. We moved. My parents divorced. My grandfather fell ill with Alzheimer's disease and my grandmother had to sell the family farm. Soon after, when both my grandfather and great-aunt died months after one another, my grandmother fell off the proverbial wagon. I couldn't have had a more idyllic childhood, and then the Universe saw fit to bring me some challenges.
You refer to the "Universe" rather than God. What are your spiritual beliefs?
My grandmother was a strong influence in my early life. She embodied true Christianity: living a moral life to the best of her abilities and being kind to others. She was active in her local church. When she was a young mother, she was a foster parent for a while, but her alcoholism put a stop to that. She went through horrific "treatments" in the 1960s, and I think that as a result of the things the doctors put her through, she was always forgiving of others.

In the early 1950s, she began work on a life-sized wax nativity scene. By the 1970s, it was a popular local attraction that drew tens of thousands of people to the farm every Christmas. Cars would line up all the way back in to town. Many people would kneel and pray in front of the Scene. I remember seeing the profound effect it had on some people, effects similar to those at Lourdes or other holy sites. So, I would say my grandmother and grandfather influenced me with the Nativity Scene. The received almost no money for it and no help, and yet they maintained it for almost 30 years.

When I was little, though, the church didn't have any meaning for me - aside from the positive energy I felt at special services, like Christmas - and I often found myself drawn to alternative religions and mysticism. I believe in Christianity, but I do not believe that Jesus Christ is my Savior. I have always been interested in witchcraft, but the books I found on the occult emphasized dark magic too much. I don't like dark magic. I am not a part of any organized religion, and yet follow the tenets of many organized religions on a daily basis.
Read more of this interview.

Where to find Carrie Peterson online

The Horror Of Nichole Alloway's Last Days
This is a project I have been working on for several years, and will most likely be the topic of my next book. In 2009, Nichole Alloway was brutally murdered on my friend's farm in rural Ohio. All we want is for her killers to be brought to justice. Please watch and share. 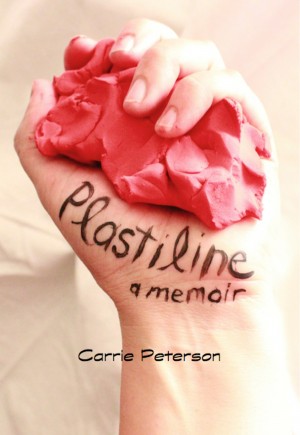 Plastiline by Carrie Peterson
Price: $9.99 USD. Words: 87,440. Language: English. Published: July 30, 2015. Categories: Nonfiction » Biography » Personal memoir, Nonfiction » Sex & Relationships  » Women's sexuality
An American woman's harrowing personal journey through the Wild West days of 1990s Russia, and how she escaped the horror of domestic violence and her own demons to find peace with herself in a foreign land.

You have subscribed to alerts for Carrie Peterson.

You have been added to Carrie Peterson's favorite list.

You can also sign-up to receive email notifications whenever Carrie Peterson releases a new book.