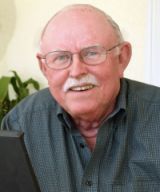 Clarence Jones is an on-camera coach who teaches media survival skills. He knows what he's talking about. After 30 years of reporting in both newspapers and television, he wrote Winning with the News Media - A Self-Defense Manual When You're the Story. Now in its 9th Edition, many call it "the bible" on news media relations. Then he formed his own media relations firm to (in his words) "teach people like you how to cope with SOBs like me."

At WPLG-TV in Miami, he was one of the nation's most-honored reporters. He won four Emmys and became the first reporter for a local station to ever win three duPont-Columbia Awards - TV's equivalent of the Pulitzer Prize.

In addition to his day job as a news media consultant, he writes more books and magazine articles. He builds his own computers and invents clever devices to for his sailboat. Nine of his books are now available in both print and e-book formats -- Winning with the News Media, They're Gonna Murder You (his memoirs), Sweetheart Scams - Online Dating's Billion Dollar Swindle, LED Basics - Choosing and Using the Magic Light, Sailboat Projects, More Sailboat Projects, Webcam Savvy for the Job or the News, Webcam Savvy for Telemedicine, and Filming Family History.

Clarence started working full-time as a daily newspaper reporter while he was earning his journalism degree at the University of Florida. He was named Capitol correspondent in Tallahassee for the Florida Times-Union one year after graduating from college. Six years later, as one of the nation's most promising young journalists, he was granted a Nieman Fellowship at Harvard University.

After Harvard, he was hired by the Miami Herald, where he was part of a year-long investigation that resulted in corruption charges against the sheriff and his top aides. The Herald stories led to a referendum that abolished the office of sheriff. Miami-Dade is the only county in Florida with an appointed public safety director. Clarence covered Martin Luther King's Civil Rights campaign all across the South for the Herald. His last newspaper position was Washington correspondent for the Herald.

He then moved to Louisville, Kentucky to work under deep cover for eight months, investigating political and law enforcement corruption for WHAS-TV. Posing as a gambler, he visited illegal bookie joints daily, carrying a hidden camera and tape recorder. His documentaries during a two-year stint in Louisville gained immediate national attention. He returned to Miami in 1972 to become the investigative reporter for WPLG-TV, the ABC affiliate owned by Post-Newsweek Corp.

Specializing in organized crime and law enforcement corruption, his work at WPLG earned four Emmys and three duPont-Columbia Awards (television's equivalent of the Pulitzer Prize). He also won the Robert F. Kennedy Award for "The Billion-Dollar Ghetto," a 10-story series that examined the causes of the riots that burned much of Liberty City and killed 18 people in 1980.

While he was reporting, he taught broadcast journalism for five years as an adjunct professor at the University of Miami.

He lives near the mouth of Tampa Bay, where he sails a 28-foot Catalina, and frequently publishes magazine articles showing how to make gadgets and accessories he invents for his boat. All of his books are available in both print and e-book versions.

Where to find Clarence Jones online 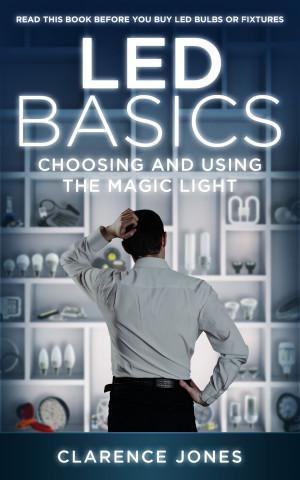 LED Basics - Choosing and Using the Magic Light by Clarence Jones
Price: $2.99 USD. Words: 8,470. Language: English. Published: March 17, 2018. Categories: Nonfiction » Home & Garden » Lighting
LEDs are about to replace all other forms of lighting. Their advantages include: using one-tenth the power to provide the same brightness as an incandescent bulb; lifetimes 20 to 30 times longer; no mercury, like flourescent tubes and CFLs. Because they cost more at first, you need to know more about them. Like: the wrong dimmer can kill them; color conflicts; and their narrower light beams. 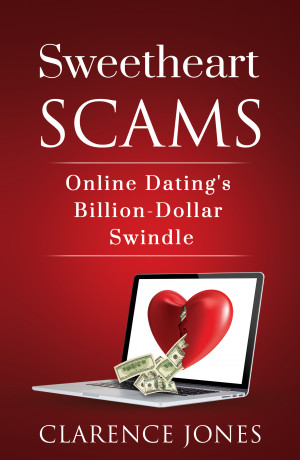 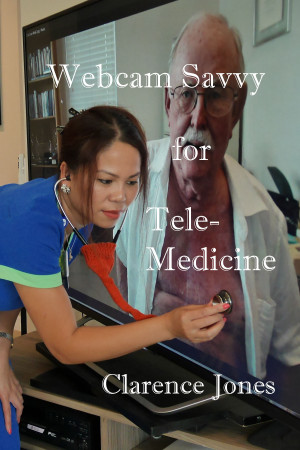 Webcam Savvy for Telemedicine (Second Edition) by Clarence Jones
Price: $2.99 USD. Words: 32,820. Language: English. Published: May 12, 2017. Categories: Nonfiction » Health, wellbeing, & medicine » Medicine
Telemedicine is a rapidly expanding technology to enable medical exams and treatment through a secure Internet connection. The doctor or nurse can talk with and examine the patient with programs similar to Skype and Face Time. Inexpensive and convenient, the hardware and software are ready, waiting for this book to teach doctors, nurses and patients how to use it. 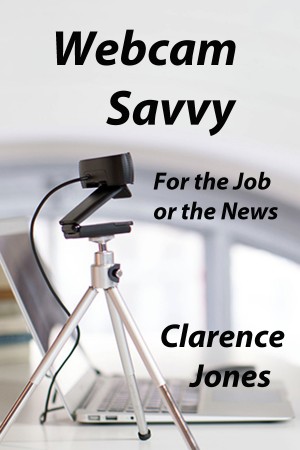 Webcam Savvy - For the Job or the News by Clarence Jones
Price: $1.99 USD. Words: 27,060. Language: English. Published: October 31, 2016. Categories: Nonfiction » Computers & Internet » Information technology
Webcams have become a primary tool for job interviews, corporate communication, and news interviews. Today's equipment is great. But most webcam interviews are lousy. This book shows how to choose a webcam, set it up, and then use it like a pro. With expertise, and on-camera skill, you can become "The Expert on Call." Author Clarence Jones is a former award-winning TV reporter and on-camera coach. 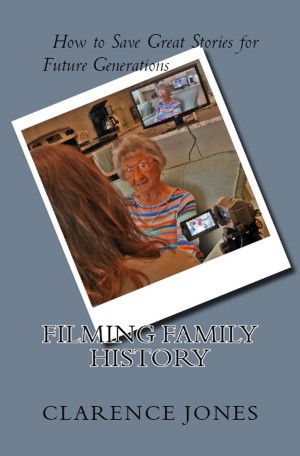 Filming Family History - How to Save Great Stories for Future Generations by Clarence Jones
Price: $2.99 USD. Words: 12,450. Language: English. Published: July 29, 2016. Categories: Nonfiction » Relationships & Family » Family relationships
This book explains the key to great story-telling -- describing what it was like to be there. That is the priceless treasure of filmed stories told by loved ones. That’s what this book is all about. It shows how to set up, conduct, and record those interviews, then organize them into fascinating home movies that tell what it was like to be there in your family’s past. Clarence Jones 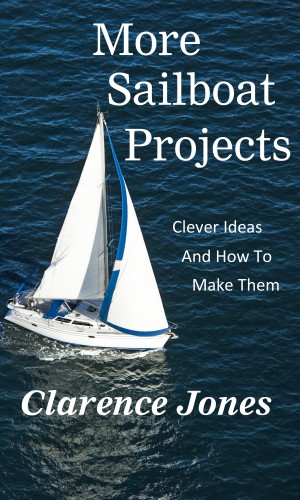 More Sailboat Projects - Clever Ideas and How to Make Them - For a Pittance by Clarence Jones
Price: $3.99 USD. Words: 22,530. Language: English. Published: June 10, 2015. Categories: Nonfiction » Sports & outdoor recreation » Sailing
This book is a sequel to Sailboat Projects, a highly successful book for those who love to sail and work on their boats. Author Clarence Jones has been a sailor most of his life. Much of his pleasure in sailing has been creating projects for his boats that enhance their performance, make them easier to sail, or more fun. He writes. He invents. He tinkers. He sails. That's what this book is about. 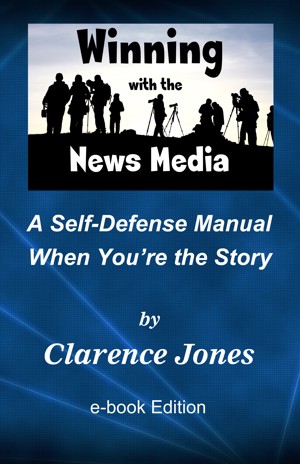 Winning with the News Media - A Self-Defense Manual When You're the Story by Clarence Jones
Price: $7.99 USD. Words: 115,150. Language: English. Published: October 28, 2013. Categories: Nonfiction » Social Science » Media studies
A new, updated e-book version of a classic guidebook. One of the nation's most experienced reporters and news media consultants helps you understand how the news media operate and how to cope with them. A former investigative reporter in both newspapers and television, Clarence Jones left reporting when he wrote this book to become an on-camera coach for government and corporate executives. 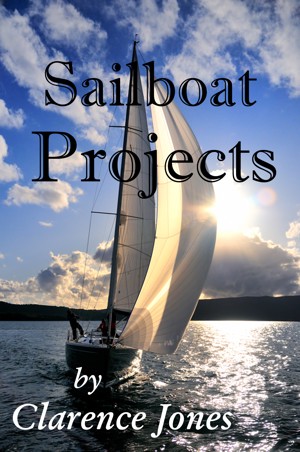 Sailboat Projects by Clarence Jones
Price: $2.99 USD. Words: 20,850. Language: English. Published: August 16, 2012. Categories: Nonfiction » Sports & outdoor recreation » Sailing, Nonfiction » Home & Garden » Do-it-yourself / general
This is a marvelous collection of 13 projects to make for your sailboat. Easy, clever ideas. Some simple, some complex. All much cheaper than the cost for a similar item in a boating store. Author Clarence Jones is a sailor who invents things. And writes about how to make them. In clear, easy steps with lots of pictures. Take a peek at the Table of Contents. At this price, how can you go wrong? 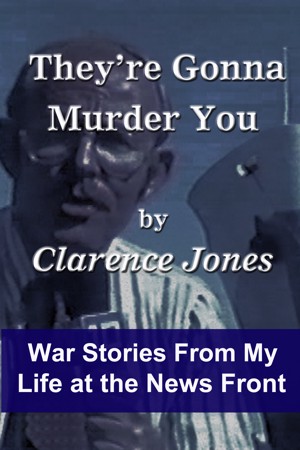 They're Gonna Murder You - War Stories From My Life at the News Front by Clarence Jones
Price: $2.99 USD. Words: 73,860. Language: English. Published: August 3, 2012. Categories: Nonfiction » Biography » Autobiographies & Memoirs, Nonfiction » Biography » Editors, journalists, & publishers
As an investigative reporter, Clarence Jones was always taking risks. Friends constantly warned: They're Gonna Murder You. His specialties were organized crime, crooked cops and politicians. Who better to kill you than cops who will investigate the homicide? He was the only reporter for a local station to ever win TV's equivalent of the Pulitzer Prize 3 times. A stunning book. A remarkable career.

You have subscribed to alerts for Clarence Jones.

You have been added to Clarence Jones's favorite list.

You can also sign-up to receive email notifications whenever Clarence Jones releases a new book.