Born in Anguilla in the Caribbean in 1942,  I have been lover of words from very early, playing with them in the dirt, on sand and on all types of paper, including brown cement bag.

During my university years (1963-66) in Barbados, I was lucky to get short stories published in the leading newspaper. Titles include “The crane lift which was to be his last” and “The day the topless came to town”.

In 1970, I completed a full novel with the same name; and, proceeded to write the play shortly thereafter. Unfortunately, both manuscripts were lost in a hurricane.

If you google Anguilla Spoken Word, from 1:42 into the video, you will see me, in my golden years, breaking my public speaking phobia, I being the second guest presenter.

I invite you to read and enjoy my salvaged poetic pieces. If you feel satisfied, please spread the word; and, also look out very soon for my biography and other works.

What is the first completed work that you remember writing?
In 1963, in my effort to raise money for my village cricket team, I wrote and directed a play about a loving husband who wished to give his beloved wife of some years a special gift. After discussing the idea, they both decided that hiring a photographer and a singing guitarist would make a candlelight dinner at home ever so special and romantic.

The much-anticipated evening came and the two professionals arrived on time. The couple had created the most conducive atmosphere, they being suitably attired and in the right mood.

The photographer showed his experience and expertise, making the beautiful spouse feel and believe that she was a high end model. And, the guitarist ever so sweetly played love songs that captured the mood of the moment.

The photographer packed up and left as expected, after doing his shoot. Those were the days of the old cameras; so, the wife was not fortunate to see shots on a screen; but, was satisfied with the promise that there were great photos that would be delivered within a short time.

The guitarist was asked by the couple to remain a while longer and play some more selections from his apparent wide repertoire. While the husband went to collect a new bottle of favoured wine, his hitherto faithful wife gave in to the charm of the guitarist, setting in motion a series of clandestine encounters that went unnoticed until, one day, the husband caught the two flagrante delicto.

Disappointed and disillusioned, the husband ended up forgiving his wife.
How did you approach cover design?
The cover image is a combination of 3 states - using segments of their flags (Great Britain, St. Kitts-Nevis and Anguilla) - and the push for freedom by the Anguilla people. An image from the 1967 revolution shows protesters with signage displaying their determination for secession from the tri-state St Kitts-Nevis-Anguilla. In addition, the Lesser Antillean Archipelago depicts the closeness of the Caribbean islands.
Read more of this interview. 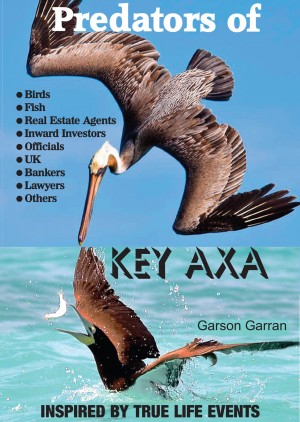 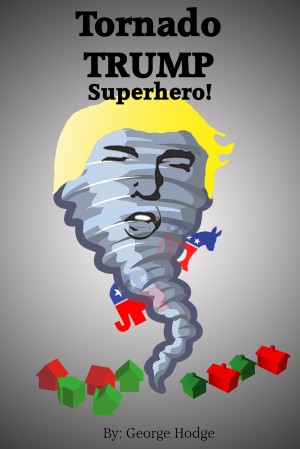 Tornado TRUMP, Superhero! by George Hodge
Price: $1.00 USD. Words: 8,850. Language: English. Published: May 16, 2016. Categories: Fiction » Fantasy » Contemporary
In the primaries, he broke through the ranks of their elite front line gladiators, defying all odds; then, took on the mighty GOP which, finally, had to bow to him. But, Tornado Trump - knowing that he was really no match for the veteran Golden Girl - was, nevertheless, quite happy to play rough - and, quite often - dirty political football with her on the most prestigious ballpark in the world! 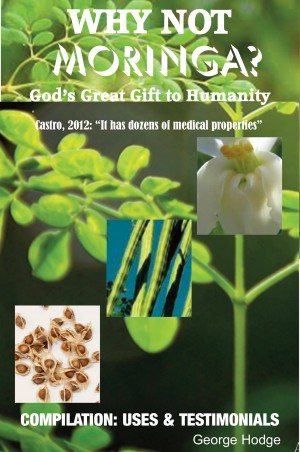 Miracle Moringa by George Hodge
Price: $1.00 USD. Words: 5,450. Language: English. Published: December 20, 2015. Categories: Nonfiction » Health, wellbeing, & medicine » Alternative medicine
A sincere, compiled exhortation that you take a look at Moringa to learn for yourself if or how it can transform your life! Give the gift to yourself! Let the “Miracle” begin to work in your live! 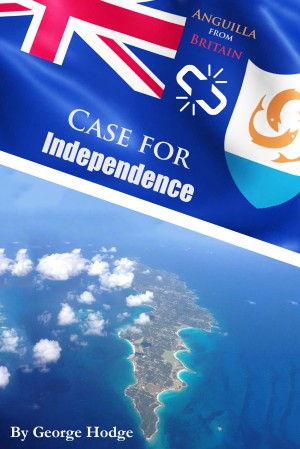 Case for Independence - Anguilla from Britain by George Hodge
Price: $1.00 USD. Words: 7,620. Language: English. Published: December 10, 2015. Categories: Nonfiction » Politics & Current Affairs » Democracy
A pretty comprehensive and compelling argument drafted, on request, for Anguilla in 2012 to officially ask Britain, its administering power, to begin to prepare the small emerging nation and its people for independence by 2015. 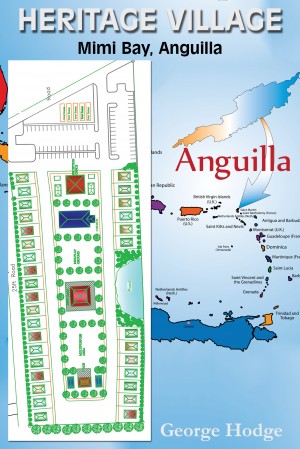 Heritage Village by George Hodge
Price: $1.00 USD. Words: 4,940. Language: English. Published: December 8, 2015. Categories: Nonfiction » History » Social history
The land has been cleared and leveled; and, all that is needed is a consensus by eBook readers everywhere that the Heritage Village project in Anguilla in the Caribbean provides them with a unique opportunity to each make a vital difference upon the lives of its residents and a positive impact on its economy that has suffered greatly since the global recession began in 2008. 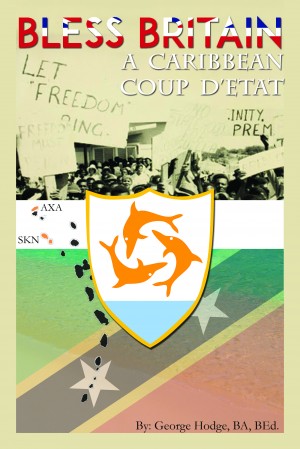 You have subscribed to alerts for George Hodge.

You have been added to George Hodge's favorite list.

You can also sign-up to receive email notifications whenever George Hodge releases a new book.