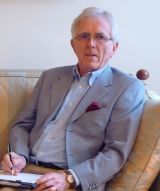 Geoff Codd first became involved with computers in 1957 at Rolls-Royce Aero Engine Division in the UK. Since that very early beginning he has met almost every conceivable challenge in business IT exploitation within a wide range of business cultures and management styles, in both the Private and the Public Sectors, latterly at board level. That broad range of experience has provided Geoff with a unique insight into the many inadequacies that arise in business IT exploitation, from a business as well as a technology perspective.

It was in the mid.1980s that he became convinced that the root of many of the major problems being encountered in the introduction of IT into business and government were largely cultural and behavioral. In 1986 Geoff was appointed to the main board at ECGD, a state owned credit insurance business that needed radical turnaround prior to privatisation, and where the IT service was in complete disarray. Geoff set about putting his new found theories into practice and introduced many new initiatives that challenged the established culture and way of doing things.

His programme of radical changes truly transformed the IT contribution to the business, leading to dramatic improvements in business performance and hence a very successful privatisation of the ECGD short term credit insurance business. During the 1990’s, following his highly successful experience at ECGD, Geoff moved into consultancy as an Adviser to the Boards of various household name organisations, including over four years as Adviser to the Board of Customs & Excise. He was thus able to prove individual elements of his approach to the alignment of IT and business.

Over the last few years Geoff has devoted much of his time adding to the massive amount of material that was the foundation for his first publication ‘The Drowning Director’ in 2007. This was followed later by ‘The DILIGENT DIRECTOR in a Digital Business World’. His personal mission has been to actively promote the many lessons that have been learned within so many management cultures and styles over the years, and he has presented his conclusions to a variety of interested bodies.

Where to find Geoff Codd online 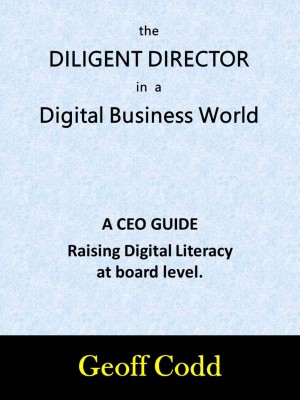 Many Business and Government leaders’ traditional skills are inadequate in our digital world, and they must challenge traditional practices if they are to lead the transformation that is taking place. Significant changes are needed to support those who take up this challenge, and this book opens up this subject for those who still feel uneasy about its record to date.

You have subscribed to alerts for Geoff Codd.

You have been added to Geoff Codd's favorite list.

You can also sign-up to receive email notifications whenever Geoff Codd releases a new book.