Axel is former Prairies region Director of the Crime Writers of Canada, as well as a member of the Calgary Crime Writers, The Kintsugi Poets, and the Canadian Science Fiction and Fantasy Association. He is a columnist, speaker and creative writing instructor, and his work has appeared the world over, in places like Big Pulp, Fires on the Plain, Steampunk Originals, Night Shade, Sleuth Magazine, A Career Guide To Your Job In Hell and “The Big Lebowski” compendium Lebowski 101. He is also the editor of the books Death by Drive-In, Tall Tales of the Weird West , and AB Negative and is the organizer behind one of Canada’s first recurring Noir At The Bar events, #NoirBarYYC.

When he’s not on-duty as a hometown anti-hero, Axel spends most of his time roaming the untamed prairies of Alberta with his two brilliant young sons and a wife that is way out of his league.

Visit Axel online at axelhow.com to sign up for the GotHow? email list and receive free exclusive ebook collections, sneak peeks, and more!

Where to find Axel Howerton online 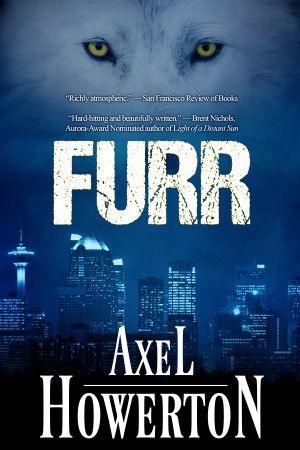 You have subscribed to Smashwords Alerts new release notifications for Axel Howerton.