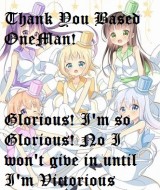 Pretty much I'm a tormented artist-kind of author. I don't publish content meant for underaged fans, so if any underaged fans ever read this, you've been very bad. Watch and read stuff suited for your age. -_-

I appeal my works to the adult and anime markets. If I ever hear of someone trying to publish a movie with my books as the story, without asking for my permission (or when they ask, and I refuse, they do it anyways) I will be extremely irate. My works are meant for the anime industry only.

What are your five favorite books, and why?
Well, I cannot pick specifically one for several series. Most of the stuff I've read has long running sets of novels.
First would be the Wheel of Time Series by the late great Robert Jordan.
My mother was the one who introduced me to the first book, and after leaving my house, I would have nothing to do other than read. So then I read the next book, then the next one, then the next. I would soon find myself enraptured by the lore, the vivid description of the characters and Rand Al' Thor. I forgot the name of his love interest, but she sounds cute as heck.

Then would be the Dune series by Frank Herbert.
I like the weird cross between a dystopian blue earth world going to a harsh and unforgiving environment such as a raging desert.
Third would be a singular novel "Don Quixote"
This one would definitely be because of two things. One, I share a common derangement and a total lack of abandon for traditional grammar. Both the author of "Don Quixote" and I aren't afraid of utterly destroying storytelling conventions.
Fourth would be Artemis Fowl
I grew up as a kid reading this novel, and heavily identifying with the character. He had so many escapades and fun adventures. I always wondered when I was younger "If this genius can have such a fun and harrowing journey, why can't I?" Good fiction should always leave you wanting.
Lastly, my pick would be Lord of the Flies
This appeals to my brutal side. This story is nasty, mucky and raw. It paints children in a brutal light, turning them into cannibals. Brutal, disgusting yet disturbingly intriguing!
What do you read for pleasure?
If we're going by genre I generally read a certain set of stuff.

Manga for one. Yes I know this pick is going to be scoffed at, but quite frankly reading manga is harder and more diverse than a standard novel. Especially when said formats are drastically different from the norms.

Now if we're going more traditional in novels, I shall describe it genres.

Scientific fiction.
Criminal Thrillers.
Any story that brilliantly focuses on psychology. (seriously, you could be playing mahjong and as long as you make it great, I don't care. I like the feeling of chills going down my spine)
Magical Fantasy/Medieval Fantasy. I like stories with vast lores.
Mystery. Once in a blue moon I'll find a series that catches my eye.
Tournaments/Competitions. Anything that creates an idea of distrust and suspense and tension.
Historical Fiction. Depending upon how it is written, this genre has the potential to be the very best.
Those are my list of things I generally read.
Read more of this interview.

Where to find David Burch online 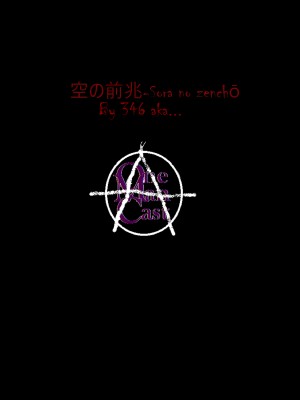 空の前兆-Sora no zenchō by David Burch
Price: $12.00 USD. Words: 232,470. Language: English. Published: August 9, 2016. Categories: Fiction » Fantasy » Dark, Fiction » Gay & lesbian fiction » Lesbian
A story written by an anime lover, for anime lovers. Of the hobby. Royce Hawkins is a man who had finally obtained what he desired the most. His own bakery, and a loving family. Just for him to be murdered. Yet as a miracle occurs, he is reincarnated as Octavi Moon, a female. Who is it that murdered Royce Hawkins, and what are the plans for the mysterious force that killed him have for the world?

You have subscribed to alerts for David Burch.

You have been added to David Burch's favorite list.

You can also sign-up to receive email notifications whenever David Burch releases a new book.