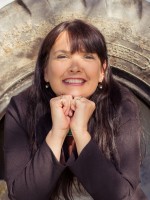 D L Richardson is a writer of speculative fiction. Her favorite authors influence her to write: Dean Koontz, Stephen King and Anne Rice. She wanted to be a musician first but decided writing had better hours. She wants to be as prolific as her favorite authors and she loves meeting readers and sharing her writing tips with other authors. When she's not writing she's reading, killing weeds in the garden, walking the dog, or apologizing to her piano and guitar for neglecting them.

Where did you grow up, and how did this influence your writing?
I grew up in the western suburbs of Sydney, Australia. I have three brothers and one sister. At one time in our house there were five kids, two parents, three dogs, three mice, one bird, and one cat. My house was always noisy, messy, crowded, and there was no privacy. These factors are a huge influence on why I jumped feet first into the world of fiction, first as a reader and then as a writer.
When did you first start writing?
I know this sounds corny, but I used to write plays and songs when I was eight. I don't count this as the first moment I started writing, but it does explain why I never followed through with any of the other subjects I was good at in school, like maths and science.

I left school and helped form a rock band, where I played bass guitar and wrote all the lyrics. In 1996, I realised I didn't want to continue pursuing a music career so I quit and I immediately began writing, both short stories and novels though I would usually get to chapter 3 of the novel and stop. It took a few years to complete my first novel and submit it to publishers and a few more years after that to get published.
Read more of this interview. 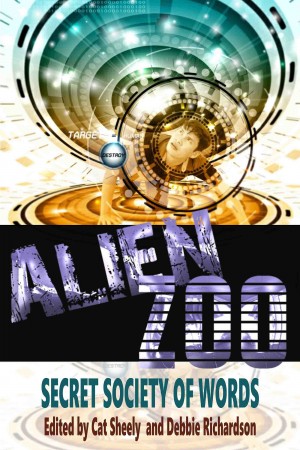 Alien Zoo by Cat Sheely (editor), D L Richardson (editor), & Anke Zet (contributing author)
Price: $3.99 USD. Words: 17,160. Language: Australian English. Published: June 4, 2016. Categories: Fiction » Science fiction » General
Most of the magical shape-shifting creatures had been kidnapped by aliens over many centuries until they were extinct on Earth. They are kept in a zoo on an alien planet as a tourist attraction. Now a broken down spaceship arrives to brighten up the zoo for visitors. The shape-shifters must decide who will get one of the limited seats on the secretly repaired ship.

You have subscribed to Smashwords Alerts new release notifications for D L Richardson.

You have been added to D L Richardson's favorite list.

You can also sign-up to receive email notifications whenever D L Richardson releases a new book.