Donald Anderson grew up in Rochester, New York, did his undergraduate work at Hartwick College in Oneonta, New York, and his graduate work at the University of Arizona in Tucson where he received his doctorate in English. During his academic career at Marist College, in Poughkeepsie, New York, he taught literature, creative writing and theater arts. He directed pays by Shakespeare, Noel Coward, Edward Albee, Euguene Ionesco and others both for mainstage and in the round. He has also been an actor and playwright in the Hudson Valley region. In 2010, his book Shadowed Cocktails: The Plays of Philip Barry from “Paris Bound” to “The Philadelphia Story” published by Southern Illinois University Press. It was the first full-length study of the prolific Barry in a half century. He has also published articles on writers such as Washington Irving, Sarah Orne Jewett, David Belasco, Edith Wharton, Thomas Wolfe, and John Updike. His novel "Currencies of August" was published in 2016 and is based upon his one-act play “An Elementary Education,” performed in Poughkeepsie in the 1980s. It is the fulfillment of a promise he made to himself at the age of six, when he developed his initial passion for story-telling. 2017's "The Hardrock Rooster of Rose-Nose Mound" is a tale intended for readers 10 and up and is written in the spirit of Lewis Carroll.

What is the greatest joy of writing for you?
Those moments when what you are writing feels like first love--the infatuation of putting into words what you never knew was within you.
What do your fans mean to you?
My readers, though real people, exist in my imagination and feed a hunger to be heard. I like to think of them as individuals I watch from behind, whose faces I cannot see, but whose hands move pages like gestures of listening.
Read more of this interview.

Where to find Donald Anderson online 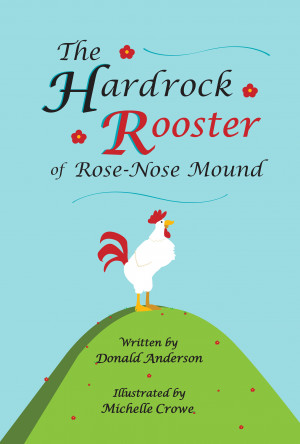 Hardrock Rooster of Rose-nose Mound by Donald Anderson
Price: $4.99 USD. Words: 16,690. Language: English. Published: October 1, 2017. Categories: Fiction » Children’s books » Fairy tales & fables, Fiction » Mystery & detective » General
This is the story of a morning when things did not go as expected. The blame seems to belong to a rooster who didn’t do what he was supposed to do. But is it his fault? He has a good reason. And, just maybe . . . what happens is better than anyone could have imagined. 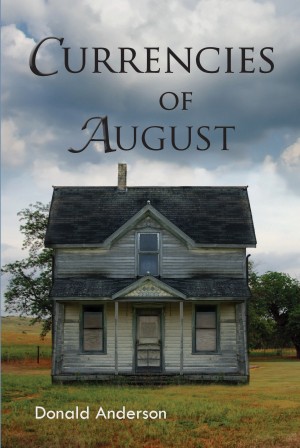 Currencies of August by Donald Anderson
Price: $4.99 USD. Words: 164,310. Language: English. Published: September 23, 2016. Categories: Fiction » Literature » Literary
There is a built-in difficulty convincing a woman you haven’t talked to in 20 years that you’ve loved her since you were 6. This is the situation facing Jeremiah Curtin, and it is, perhaps, the defining complication of his life. But there are others. It's when Jeremiah comes upon an abandoned house tucked away in the hills of the Hudson Valley that he feels an answering call to his many question.

You have subscribed to alerts for Donald Anderson.

You have been added to Donald Anderson's favorite list.

You can also sign-up to receive email notifications whenever Donald Anderson releases a new book.