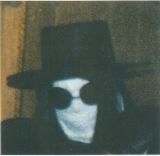 My story is an incredible one. Believed dead, I once enjoyed immense popularity, but I abused my talents and knowledge for the selfish indulgences of riches, fame, and forbidden erotica.

Now to try and atone for my sins I have chosen to resurrect myself under the assumed guise of D. STRANGER so that I might elude those who seek to silence me from enlightening a disbelieving public about the threat that is posed to them by the Faceless Ones.

Physical temptations made me seek immortality, that I may forever enjoy the delicacies of the material world. But, as I have learned, a spirit cannot have it both ways. The flesh was not designed to endure forever, so the spirit seeks a way to prolong the sensations of “feeling”. With my current body now in a rapid state of decay, I realize that my time is short, but my mission is no less urgent. I have to get the word out. Films and books appear to be the quickest way to reach the masses.

I, with the help of my protégé, Mr. Mayeed, will use fact-based tales of terror to warn humanity that there are those who would use the bodies of the unsuspecting population as vessels for their own pleasure and in doing so deny the victims a chance at eternal salvation.

Where to find D Stranger online 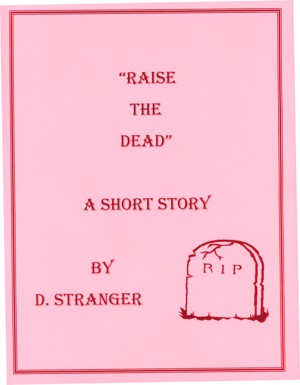 Raise the Dead by D Stranger
Price: Free! Words: 6,760. Language: American English. Published: August 31, 2012. Categories: Fiction » Horror » Undead, Fiction » Fantasy » Short stories
*(Caution: If you are prone to nightmares do not select this title)* - MATURE CONTENT - Desperate to clear his client, an attorney solicits the supernatural talents of a spiritualist in order to gain access to a deceased witness, but in the process, pays an unusual price. 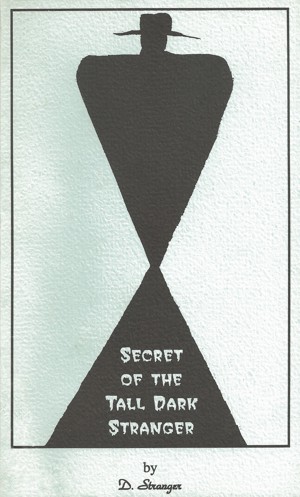 The Secret of the Tall Dark Stranger by D Stranger
Price: $5.99 USD. Words: 43,560. Language: English. Published: August 31, 2012. Categories: Fiction » Graphic novels & comics » Manga, Fiction » Anthologies » Mystery
*CAUTION* (If you are prone to nightmares, avoid this title) An evil sorceress, with awesome abilities, puts two childhood friends in the uncomfortable position of trying to stop her from draining away the souls of the neighborhood after each of them has a frightening encounter with one of her monstrous creations.

You have subscribed to alerts for D Stranger.

You have been added to D Stranger's favorite list.

You can also sign-up to receive email notifications whenever D Stranger releases a new book.