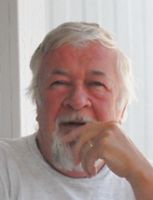 My primary career has been the entertainment business: - live theatre, live TV drama, TV series, shorts, commercials, and film. My first 'A' Movie was as a trainee assistant director on the Pinewood set of 'Cleopatra' in 1960-61. In the 70's I aided the British Government as a film consultant, conducting feasibility studies to reduce accidents at home, in the work place and in transit. The ensuing films were extremely successful and were exported to most industrial countries. In all I have obtained hundreds of production credits, of which two-thirds were as writer/producer/director.

I met Alfred Hitchcock in London during the filming of ‘FRENZY’. He welcomed my approach to story structure and film directing and we quickly developed a life-long bond. However, he decided that I needed further training and became my mentor, which I relished. My writings intrigued him and during a brief break in filming I told him my life story. From that moment on he continuously encouraged me to write my story in novel format initially, and that only I could give it the justice it deserved.

Many years later, after the traumatic events of my Great Aunt Sophie’s death, I took his advice - believing that it would be cathartic. In part H.R.H. is that story. It is written from personal memories, and those of my father and my Great Aunt Sophie.

As a young child I was fascinated with birds, as they dived, climbed, twisted and soared. I wanted to do that and as a pilot I could. Almost! With very extensive training I qualified as a test pilot, which led to my plane crash during the testing of a computer guidance system.

Again, for cathartic reasons I have written a short story about that experience entitled 'Final Flight', which I am developing into a sequel to H.R.H.

Another project I am developing is entitled 'Archibald Champion the Third'. Archibald is a miniature dachshund. Written in first person, Archibald takes us through his many insane experiences, in which he causes upheaval, destruction, mayhem, and family divorce.

I am now retired, living in Southern Alberta and close to the farm overlooking the Rocky Mountains where Sophie brought me for my protection from the Nazis.

Where to find Daniel Nyberg online 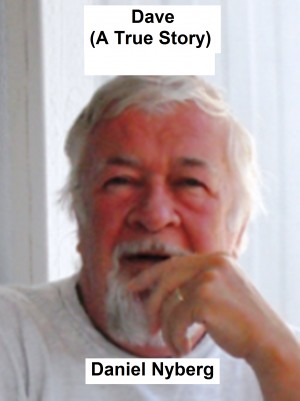 Dave (A True Story) by Daniel Nyberg
Price: $2.99 USD. Words: 3,300. Language: British English. Published: September 6, 2016. Categories: Nonfiction » Biography » Adventurers & explorers
'Dave (A True Story) refers to a most interesting experience Elizabeth and I incurred recently. It is the story of human kindness and generosity without restriction or condition that we received from a total stranger.That stranger was a first nation Piikani gentleman who works at the UNESCO World Heritage Site 'Head Smashed in Buffalo Jump' near Fort MacLeod, Southern Alberta, Canada. 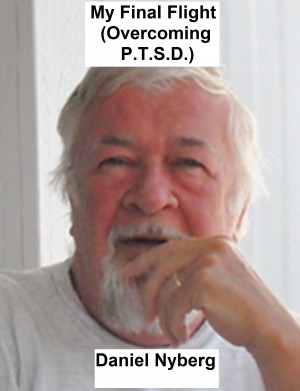 My Final Flight (Overcoming P.T.S.D.) by Daniel Nyberg
Price: $3.99 USD. Words: 5,460. Language: British English. Published: August 19, 2016. Categories: Nonfiction » Psychology » Reference
My Final Flight (Overcoming P.T.S.D.) explains how I overcame thirty years of shell-shock, (Post Traumatic Stress Disorder). I wrote this story in 1989 - thirty years after my traumatic jet plane crash. In doing so I had to force myself, and desperately fight, to relive that experience. - and then write it down in detail, which took over one month of sheer absolute agony. 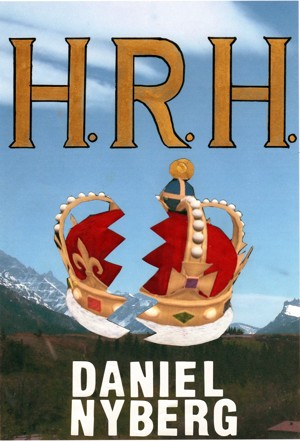 H.R.H. by Daniel Nyberg
Price: $6.50 USD. Words: 88,490. Language: British English. Published: November 26, 2012. Categories: Fiction » Romance » Historical
How did an aristocrat in his 50's lose his heritage and ancestry? Why was he not informed of his great aunt's illness, death, lying-in-state and funeral? Why were his parents forced apart, their marriage absolved? Why was his mother kidnapped? How was Hitler involved? Why, at age six months, was his identity changed? How did he lose his birthrights? Did royal purity parallel Nazism? THIS IS H.R.H.

You have subscribed to alerts for Daniel Nyberg.

You have been added to Daniel Nyberg's favorite list.

You can also sign-up to receive email notifications whenever Daniel Nyberg releases a new book.