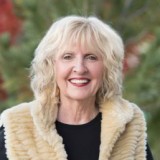 Darla Bartos has lived in Malamulele, Bryanston, and Nelspruit, South Africa, as well as Zevenhuizen, the Netherlands, and numerous cities in the U.S. Her stories and articles have appeared in Fair Lady and the Star in South Africa; You and Yours, Sydney, Australia; Asbury Park Press, Neptune, N.J.; The New York Times, New York, N.Y.; The Plain Dealer, Cleveland, Ohio; The Oregonian, Portland, Ore.; Arkansas Democrat-Gazette, Little Rock, Ark; D & B News, New York, NY. With a Master’s Degree in Journalism from Columbia University, Darla has worked as a crime reporter and taught communications at the Metropolitan State University of Denver and at Northeastern Junior College in Sterling, Colorado. Darla is a member of various local boards and writers organizations, including Rocky Mountain Mystery Writers of America, Denver Press Club, Rocky Mountain Fiction Writers and others. Her earlier work included Outreach and Promotions Director at AETN, a PBS affiliate, where she created a project that received the Elmo Award from Children’s Television Workshop. Darla also created the statewide Magic School Bus writing contest for the same PBS station.
Currently Darla resides in Denver where she writes a blog and edits pro bono for international projects. She continues to visit South Africa for research

Where to find Darla Bartos online 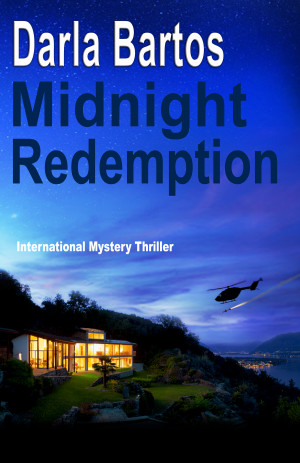 Midnight Redemption by Darla Bartos
Price: $2.99 USD. Words: 73,830. Language: English. Published: April 13, 2017. Categories: Fiction » Mystery & detective » International crime
Amidst a backdrop of exquisite beauty, Annabelle In this International Mystery Thriller, Chase, an American crime reporter, joins the Limpopo Task Force to end a string of bizarre murders. Malamulele detective N. F. Baloyi is bent on solving the crimes, but Annabelle questions his commitment. After all, Baloyi’s own brother may be one of the killers. 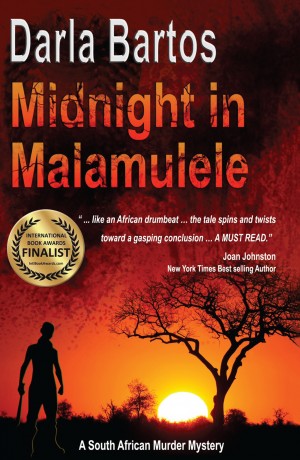 A scream pierces the South African night sending the small Mother of Angels convent into turmoil. Annabelle Chase, a visiting crime reporter from Denver, discovers a beheaded nun swiftly taking her and the local Detective N.F. Baloyi into a savage confrontation with machete-wielding ritual killers.

You have subscribed to Smashwords Alerts new release notifications for Darla Bartos.

You have been added to Darla Bartos's favorite list.

You can also sign-up to receive email notifications whenever Darla Bartos releases a new book.