Dave was born almost exactly halfway through the last century. His first home was a beach chalet in Cornwall. The plain wooden shack had none of the things we take for granted like electricity, sewage or running water. Cornwall in the 1950s had no TV and only two BBC radio stations, so he had very limited exposure to popular music. He was seven when Elvis and Cliff Richard hit the charts. His family moved to West London in 1962. He was given a guitar for Christmas and spent the next few years trying to play it.
In 1967 the area around Ladbroke Grove was the epicentre of the underground music scene that shook the music business like an earthquake. During that late 60s and early 70s he went to a host of gigs and saw groups like Jimi Hendrix, Pink Floyd, The Who, Jethro Tull and Genesis in their earliest incarnations before they became global superstars.
He also spent the next few years trying to emulate his heroes using clapped out and home made guitars and amplifiers before moving to Northampton in 1974. For the next ten years he played in two of the most successful local bands. He wrote his first songs in the late sixties but his writing took off when he became a Christian in 1990. Since then he has had over 100 songs published, has contributed articles for magazines, written and delivered dozens of sermons and was a regular contributor to a 'one minute thought for today' on local radio. He has recorded and released over ten albums of mostly self penned songs, played pubs, concerts and festivals across the UK on guitar, mandolin and bass.
From 2009 a series of health issues has meant that Dave was unable to play at the same frequency as before so he has used the time to turn his writings and research into a series of autobiographical books.
The first volume ‘Too Young for Rock and Roll’ was published in June 2018 and more volumes are in production.
‘A highly recommended read not only for fans of grass roots music but also for those wishing to experience a flavour of those times.’ Pulse Alternative Magazine.

Where did you grow up, and how did this influence your writing?
I grew up in West Cornwall in the 1950s. My earliest memory was of living in a wooden shack overlooking the sea. We had no electricity so no radio. TV arrived at t he end of the decade. My mother taught me to read and write before I went to school and I was an avid reader from then on.
We moved to London when I was thirteen. I started writing songs in my mid teens but thankfully none of them have survived. I was lucky that I lived in a part of West London that was the epicentre of the underground, roots/reggae and punk music scene in the late 60s and early 70s. Island Records were based nearby and it seemed that every street boasted a top band. I'm blessed with a good memory and as the years passed it became imperative to try and write it down. I made a couple of attempts about twenty years ago and again ten years ago when I was recovering from treatment for leukamia. Recent health issues have concentrated my mind somewhat and after discussions with my publisher we decided how to procede- not by more writing, but by editing what I'd written into a manageable form.
When did you first start writing?
I started writing songs as a teenager. They were rubbish. In the mid seventies I was one of my band's songwriters. Most of the songs were the usual paranoid teen anguish and totally forgettable. Before you can say anything you have to have something to say.
I became a Christian in 1990 and the experience inspired me to write. Songs, sermons, magazine articles flowed from my pen. A lot of what I wrote back then has been used in my later books.
Read more of this interview.

Where to find Dave Clemo online

Dave Clemo's Musical Story by Dave Clemo
Dave has been a gigging musician for 50 years. These three books cover his story from the 1950s through to the present day. In his time he has played almost every musical genre from folk to funk, rock to country, pop to gospel. He has played every kind of venue from major theatres and music venues, festivals, pubs, churches and house concerts. When health issues put an end to his gigging days he turned his hand to writing about it. One reviewer wrote- 'The second book in Dave Clemo's trilogy 'Too Old For Punk' seamlessly picks up where the first volume left off and like 'Too Young For Rock and Roll' it's a rocking good read. Part rock history, part autobiography Dave's books can also be read as social studies as they also capture some of the seismic shifts that swept the country. In an age of power cuts, strikes and three day weeks it can't be overemphasised how music added colour to the leaden seventies..' Dave's books are meticulously researched and profusely illustrated. 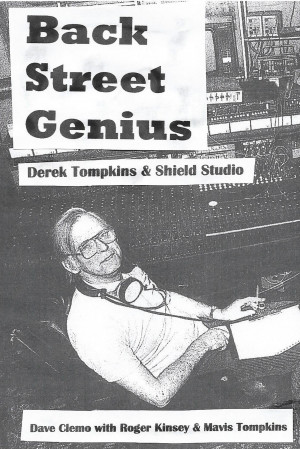 Back Street Genius. Derek Tompkins and Shield Studio by Dave Clemo
Price: $2.99 USD. Words: 41,940. Language: British English. Published: August 10, 2020. Categories: Nonfiction » Music » Biography, Nonfiction » Music » Recording & reproduction
This is the story of Derek Tompkins and the recording studio he set up in a former factory in Kettering In the late 1960s. Record industry moguls David Foster, Trevor Horn, rock superstars John Deacon of Queen and Whitesnake's Bernie Marsden all began their recording careers in his studio. A meticulously researched and profusely illustrated account of the man and the times he lived in. 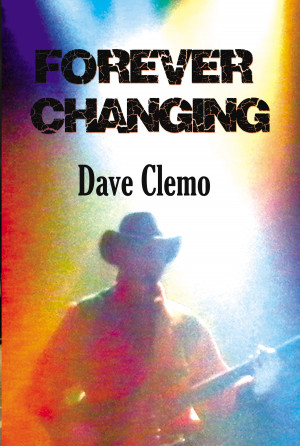 Forever Changing by Dave Clemo
Series: Dave Clemo's Musical Story. Price: $2.99 USD. Words: 65,390. Language: British English. Published: May 25, 2019. Categories: Nonfiction » Biography » Autobiographies & Memoirs, Nonfiction » Music » Biography
Dave’s third book continues his musical story, starting in 1987 when he moved back to Northamptonshire after three years in Somerset. In 1990 he became a Christian and within a few years had recorded his first album of self penned songs. Between 1994 and 2005 he released seven albums of mostly original material. Dave and his wife Sue took part in numerous Christian festivals and events including p 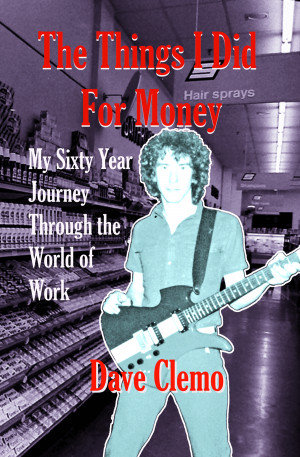 The Things I did for Money by Dave Clemo
Price: $2.99 USD. Words: 52,630. Language: British English. Published: May 11, 2019. Categories: Nonfiction » Biography » Autobiographies & Memoirs
Dave’s latest book is part autobiography, part social history. He’s played music since the late 1960s and this book recounts the many and varied jobs he took in order to fund his passion. Banking, retail, warehouse and factory work? He did them all. Food industry, call centres, white van man and admin? Ditto. This is Dave’s story of the world of work in the late 20th century. 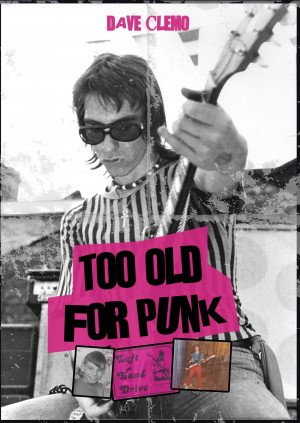 Too Old For Punk by Dave Clemo
Series: Dave Clemo's Musical Story. Price: $2.99 USD. Words: 46,140. Language: English. Published: April 16, 2019. Categories: Nonfiction » Biography » Personal memoir
Volume 2 of Dave Clemo's musical story covers the period from 1974 to 1984 when he was living in Northamptonshire. He was founder member of Left Hand Drive and pop covers band Conspiracy and the book is a detailed and vivid portrait of the time. The London pub rock scene and the midlands working mens club scene are seen through the author's eyes. A must read. 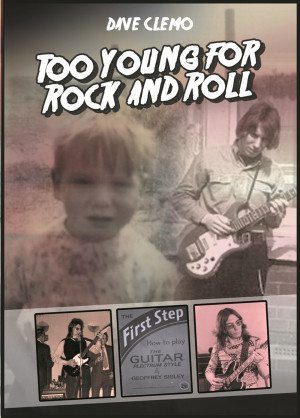 Too Young For Rock And Roll by Dave Clemo
Series: Dave Clemo's Musical Story. Price: $2.99 USD. Words: 44,650. Language: British English. Published: April 14, 2019. Categories: Nonfiction » Biography » Personal memoir, Nonfiction » Music » Alternative
The first volume of Dave's musical story starts in Cornwall in the 1950s. He spent his teenage years in and around Ladbroke Grove, the epicentre of the Counter Culture and Underground music scene. He learned to play guitar and spent the next few years learning how to make music, playing everything from pop, rock, country, jazz and folk music and going to gigs. 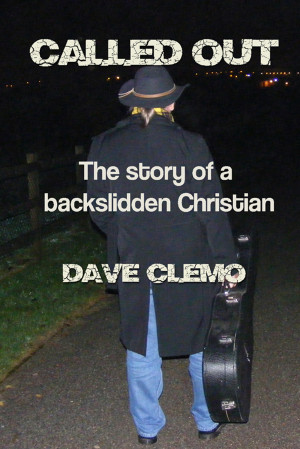 Called Out: The Story Of A Backslidden Christian. by Dave Clemo
Price: $1.99 USD. Words: 66,170. Language: British English. Published: April 13, 2019. Categories: Nonfiction » Biography » Autobiographies & Memoirs, Nonfiction » Religion & Spirituality » Christianity
Volume Four of my story. This volume tells it from a Christian viewpoint. How I came to faith and why I left the church. (Volumes 1 to 3 cover my music story and are also available)

You have subscribed to alerts for Dave Clemo.

You have been added to Dave Clemo's favorite list.

You can also sign-up to receive email notifications whenever Dave Clemo releases a new book.