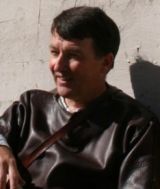 Who are your favorite authors?
Of course I love Tolkien and Lord of the Rings. My favourite of his works, however, is the Silmarillion. That's a truly a wide sweeping epic, spanning generations.it's a difficult book to get into but some of the tales are brilliant. I also like David Gemmel's Legend. That helped to inspire me to write. I loved Druss as a concept and he seemed to be so real. I enjoy reading and modern authors have added gritty reality to fantasy. I like Brent Weeks, Joe Abercrombie and George Martin in particular, but unfortunately these authors came too late to influence me. Although I enjoy the gritty reality in their tales, I still like traditional fantasy. A tremendous book I recently read was the War of the Fae by Elle Casey.
Do you remember the first story you ever read, and the impact it had on you?
The first book I read was probably Edgar Rice Burrough's Mars series. He wrote to a formula, the hero falls in love, The girl gets captured and the hero sets out through an alien world to find her. He also wrote Tarzan which are brilliant books. I also read Dune and Lord of the Rings and the latter certainly had the biggest impact, but i still have a soft spot for the Mars series. They were written in about 1910!!
Read more of this interview.

Where to find David Burrows online

Prophecy of the Kings by David Burrows
Long ago, the Eldric mysteriously disappeared from the land, shortly after the Krell Wars when Drachar’s shade was finally banished from the world. Perhaps they believed the threat was gone, but in leaving they took with them their sorcery, the only effective means of defeating demons. Then came the Prophecy and only one thing is certain in the cryptic lines, Drachar’s shade will one day return. Against this backdrop three men seek what became of the Eldric. One man, Vastra, recklessly ambitious and driven by greed for power, harbours a secret and will kill to protect it. His companions, Kaplyn and Lars, have their own reasons for helping, but who will succeed? Vastra seeks an Eldric talisman and the journey is fraught with peril. Already there are clear signs that demons once again seek souls. None of the men realise the train of events they are about to set in motion will affect three worlds, nearly destroying theirs in the process. Their journey will take them deep into the bowels of the earth. All will not be as it seems. One man will betray them and yet salvation may come from an unlikely source…. 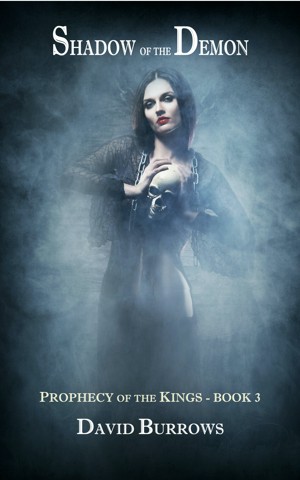 Shadow of the Demon by David Burrows
Series: Prophecy of the Kings. Price: $8.99 USD. Words: 92,850. Language: British English. Published: December 14, 2014. Categories: Fiction » Fantasy » Epic, Fiction » Fantasy » Contemporary
Gold Award Winning fantasy. Kaplyn heads into the wilderness, his fear of dragons an enigma. Others look to him for salvation, but his fear drives him away from the very people he would protect. Demons threaten and the enemy has shown a willingness to summon them. Their effect is immediate, for who can stand against a soul-seeking creature spawned from Hell. The enemy beckons and Kaplyn must obey. 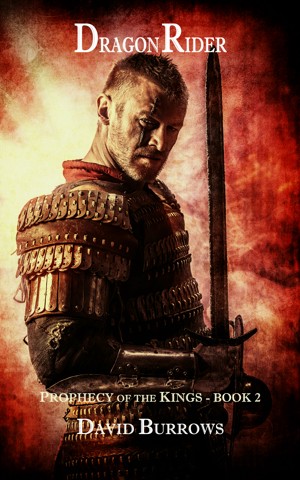 Dragon Rider by David Burrows
Series: Prophecy of the Kings. Price: $8.99 USD. Words: 87,140. Language: British English. Published: November 15, 2014. Categories: Fiction » Fantasy » Epic, Fiction » Fantasy » General
Thrace is facing a crisis. Astalus, the court wizard, is called upon to interrogate three men bearing an incredible tale. But are these men to be trusted? For they tell a tale that is all too unbelievable. A tale foreshadowing doom. It would seem the Prophecy is coming to pass and Drachar’s shade will once more stalk the land leading a demon host. 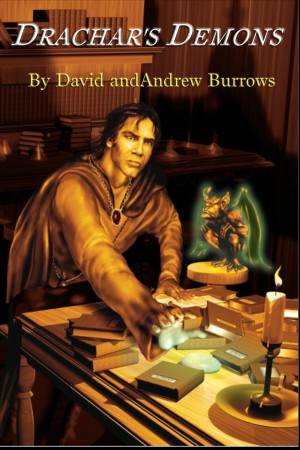 Drachar's Demons by David Burrows & Andrew Burrows
Price: $6.99 USD. Words: 110,200. Language: British English. Published: November 7, 2014. Categories: Fiction » Fantasy » Epic, Fiction » Fantasy » General
Drachar, banished by his own people, forges an unholy alliance with the demons. They demand one hundred thousand souls and only all out war will deliver so many. A war like no other. 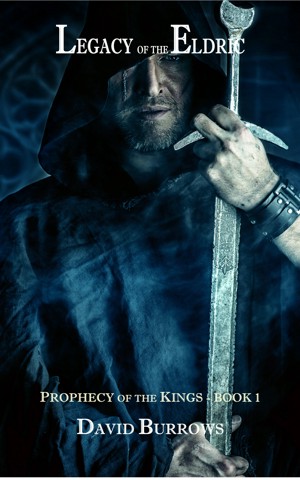 Legacy of the Eldric by David Burrows
Series: Prophecy of the Kings. Price: $6.99 USD. Words: 80,980. Language: British English. Published: March 2, 2013. Categories: Fiction » Fantasy » Epic, Fiction » Fantasy » Dark
In a land fraught with danger Vastra seeks an Eldric talisman to enhance his ever growing powers. Selfish and uncaring he uses people to his own ends. He recruits Kaplyn and Lars, but Kaplyn is strong willed and not easily swayed. Together the three men seek what became of the Eldric in a race against an escalating demon threat. Book 1 in the Prophecy of the Kings trilogy.

You have subscribed to Smashwords Alerts new release notifications for David Burrows.