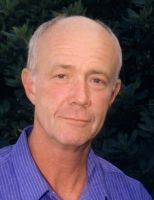 Author Denny J. Highben began his career in journalism while still a high school student in Massillon, Ohio, working before classes and on Saturdays for the hometown afternoon paper, “The Evening Independent.” He served as a military journalist during a tour in the United States Marine Corps, then returned to The Independent and worked his way through college at Kent State University. He graduated cum laude with a degree in journalism and history.
Highben and his wife, Sherilyn, decided it was important to raise their children near the family roots, so he remained at The Independent until the size of their family outpaced the size of a local journalist’s paycheck. During his years in journalism, Highben received multiple awards from the Associated Press and United Press International, and was a member of the Newspaper Guild and Investigative Reporters and Editors. He covered everything from crime to local and national politics, and wryly notes that “they are not always the same” (although one of his investigative pieces did get the local mayor charged with a misdemeanor). He traveled to Mexico and Central America for a series of stories, and appeared in an HBO documentary on “Violence in America,” detailing the Ohio background of mass murderer James Oliver Huberty. He also authored a weekly column for eight years, mixing observation and commentary with humor.
Highben’s journalism career was already into its second decade when he met psychic and deep trance sensitive William Allen LePar. Concluding that LePar and the astounding events in his life were legitimate, Highben began researching and writing about LePar and his trance communications. “If someone had predicted I would accept psychic phenomenon as fact before I met LePar, I would have laughed in their face,” he now says. This volume -- “Who Put the Horn on the Unicorn?” -- is a blend of extensive interviews with LePar, remarkable revelations from the LePar/Council trances, and humorous interludes from Highben to weave it all together. In addition to numerous contributions to a newsletter produced by associates of LePar, Highben has edited other writings and written the books, “Three Worlds Lost: The History of Mu, Lemuria and Atlantis” and “On the Brink: The Coming of AIDS.” He is currently working on a biographical piece about LePar.

Where to find Denny Highben online 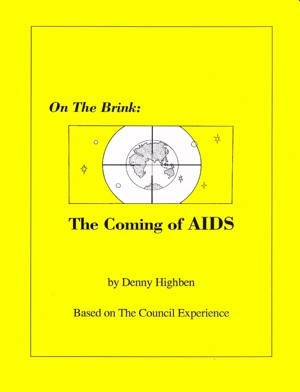 On The Brink: The Coming of AIDS by Denny Highben
Price: $1.99 USD. Words: 20,890. Language: English. Published: January 13, 2012 by William LePar. Categories: Nonfiction » Health, wellbeing, & medicine » Diseases / AIDS & HIV, Nonfiction » Self-improvement » Personal Growth / General
Denny Highben has mined The Trance archives and has presented us with a vast new awareness of the interplay between mankind and AIDS in the context of spiritual and physical activity. It is an awareness that we will never get from our health officials. As this malady spreads throughout mankind's world, learn why it does not really come as a surprise and what it brings to us besides misery. 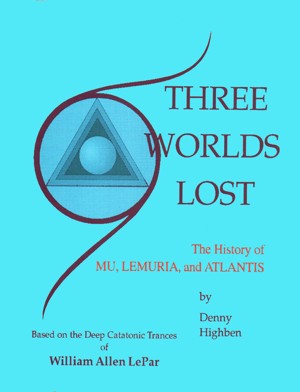 Three Worlds Lost - The History of Mu, Lemuria, and Atlantis by Denny Highben
Price: $4.99 USD. Words: 73,130. Language: English. Published: November 23, 2011 by William LePar. Categories: Nonfiction » Religion & Spirituality » Spiritual awakening, Nonfiction » New Age
This is a tale of mystery and danger in the darkening days of Atlantis, but the details are beacons into the depths of mankind's actual experience with the earth plane. These astounding revelations come to us from The Council, the spiritual source of catatonic trance sensitive William Allen LePar. Mu, Lemuria and Atlantis are the first three ages of man. We are now in the fourth age of man. 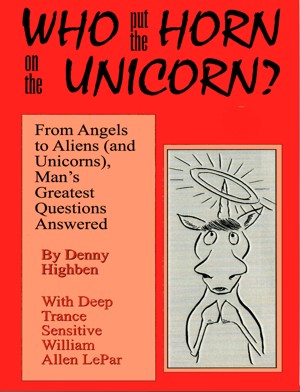 Who put the Horn on the Unicorn? by Denny Highben
Price: $4.99 USD. Words: 137,320. Language: English. Published: August 25, 2011 by William LePar. Categories: Nonfiction » Religion & Spirituality » Spiritual awakening, Nonfiction » Religion & Spirituality » Ancient
From angels to aliens (and unicorns), man's greatest questions answered. Accept the challenge of journalist Denny Highben to visit a version of reality which proves there is much more to the world, to life, than mankind knows. Meet William LePar, a man gifted with remarkable abilities; The Council, a source of unparalleled spiritual revelations; and Darwin, not Charles, but the unicorn ...

You have subscribed to alerts for Denny Highben.

You have been added to Denny Highben's favorite list.

You can also sign-up to receive email notifications whenever Denny Highben releases a new book.