Charles Dewandeler is an award winning Director and Editor. From 2001-2007 he worked at CTTV in Michigan, Producing and Editing various TV shows. He moved to LA in 2008. where he currently works as a freelance editor.

He wrote, directed and edited the feature film 'Parody Movie' (2011) now available on Amazon prime. and he's the author of comic book 'MotorCity Saint' and the thrilling novel 'Black Ice'.

In addition, he has directed and edited over 100 sketch comedy videos on YouTube, which have been viewed over 25 million times.

Where to find Charles Dewandeler online 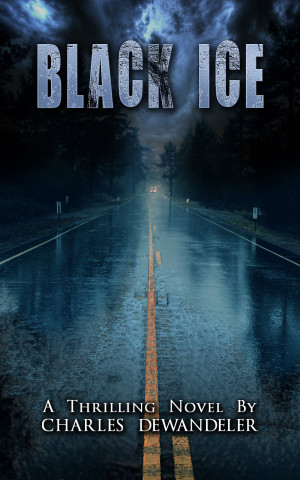 Black Ice by Charles Dewandeler
Price: $3.99 USD. Words: 21,590. Language: English. Published: October 12, 2018. Categories: Fiction » Thriller & suspense » Action & suspense, Fiction » Thriller & suspense » Supernatural
In this thrilling novel by Charles Dewandeler, a small midwest town is threatened by a dark force killing it's residents. Rob, a local teenager, is determined to stop it by any means necessary... even if that means putting his life on the line.

You have subscribed to alerts for Charles Dewandeler.

You have been added to Charles Dewandeler's favorite list.

You can also sign-up to receive email notifications whenever Charles Dewandeler releases a new book.