Diani began her career shortly after completing her studies at the National School of the Arts in Johannesburg, when she joined the acclaimed South African Ballet Theatre. During her time with SABT, she performed in various ballets with the company, some titles include: Giselle, Carmen, Swan Lake, Nutcracker, Coppelia, Les Sylphides and Sleeping Beauty. From classical ballet she moved on to the contemporary dance genre, joining the Fantastic Flying Fish Dance Company in Durban for some time. Here she formed part of the celebrated touring production, Grass Gardens and later, back in Johannesburg, was cast in the second season of the magnetic production Big Band Blast, with Harry Sideropoulos Productions.
Diani found herself greatly privileged to make her debut into the world of musical theatre as part of the momentous production of Chicago- the Musical, first in 2005 with the original South African cast and again in 2008. Other theatre credits include: Janice Honeyman’s pantomimes Goldilocks and the Three Bears and Jack and the Beanstalk; Deon Opperman’s the King and I; Shoglo Management’s We Will Rock You - the SA seasons and the New Zealand Tour; as well as a memorable production of Thoroughly Modern Millie at the Nelson Mandela Theatre, playing the quirky role of Gloria. She went on to perform with the cast of the Coral Princess Cruise Liner in a variety of vibrant productions namely What a Swell Party, Dance, Motor City and Tribute. In 2013, Diani was delighted to serve as joint Dance Captain and play the role of Mother, for the first ever South African roller-skating production of Starlight Express. Diani is also thrilled to have recently joined the well-known improvisation troupe Causing A Scene.
Diani’s film credits include the 50’s Afrikaans Musical feature film – Pretville, released in Nov 2012 and French Toast, to be released in 2015. She can also be seen featured in the fresh new series Sterlopers on KykNET. For both Pretville and Sterlopers, Diani also filled the role of Assistant Choreographer. The 2012 KykNET's Silwerskerm Filmfees, saw Diani in a new capacity as Assistant Director on a short film screenplay Uit die Kaskenades, (in which she also played the role of Tanya) which was one of 10 films commissioned from 450 other entries. Diani can now often be found on film production sets, either as Assistant Director, Cast Coordinator or as part of the Production team.
This accomplished artist can also be found applying her skills as talented actress for a variety of commercials, as a presenter and as a versatile voice over artist.
Diani has completed a BCom Marketing Degree and is the co-owner of FADCreationS - a company founded together with her husband Ferdinand. FADCreationS’ passion, focus and calling is the development and encouragement of our up-and-coming young artists; to provide multiple platforms for their training and to nurture the creative talents that will undoubtedly become the future of our industry and country. Within FADCreationS Diani has hosted, directed, choreographed and taught several theatre, acting and dancing workshops. Their most recent successes include the ‘Thinking Out-Of-The-Box’ Acting Workshop, their annual ‘Broadway Performance Showcase Experience Event’ a 2 week Musical Theatre course and the exclusive Mentorship Program for only a select few students every year. Added to this, Diani has recently launched the #FADRoundtables web-series where she interviews industry professionals in one-hour webisodes, with the aim to educate and inspire the industry and its up-and-comings alike.
View her Talent profile at
http://www.talent-etc.co.za/index.php/female-25-34/diani-gernandt
and her Artist Page on Facebook at
https://www.facebook.com/DianiGernandtArtist .
She is also on Twitter as @DianiGernandt
and Instagram as @dianij2 .

Where to find Diani Gernandt online 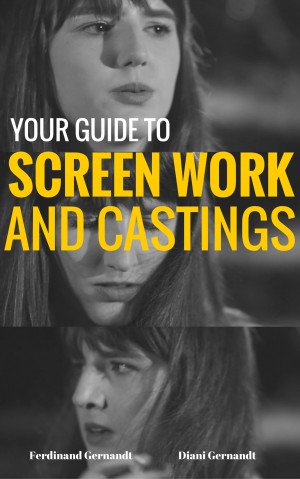 Your Guide to Screen Work and Castings by Ferdinand Gernandt & Diani Gernandt
Price: $3.99 USD. Words: 3,670. Language: English. Published: June 2, 2015. Categories: Nonfiction » Entertainment » Entertainment industry
In this ebook we look at the different demands of screen work, the challenges and techniques of screen castings and entering the world of film. 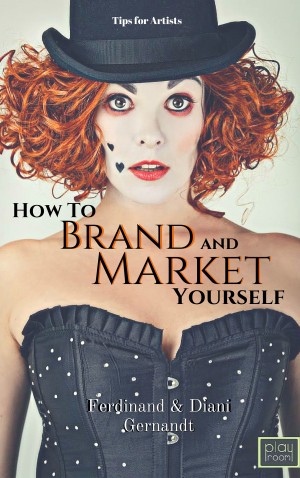 How to Brand and Market Yourself: Tips for Artists by Ferdinand Gernandt & Diani Gernandt
Price: $3.99 USD. Words: 3,260. Language: English. Published: May 30, 2015. Categories: Nonfiction » Entertainment » Entertainment industry
Building a brand for yourself will give you a great advantage over others. 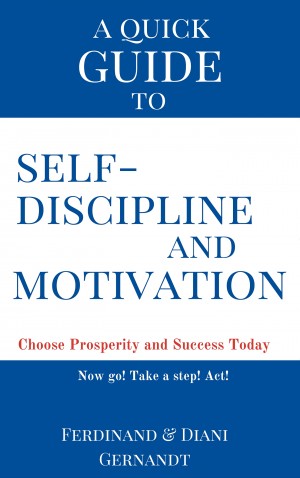 A Quick Guide to Self-discipline and Motivation by Ferdinand Gernandt & Diani Gernandt
Price: $3.99 USD. Words: 3,820. Language: English. Published: May 30, 2015. Categories: Nonfiction » Self-improvement » Motivation & inspiration, Nonfiction » Self-improvement » Time Management
This e-book is a quick guide on how to stay motivated and self-disciplined. It teaches you how to set goals, take action and set yourself up to succeed.

You have subscribed to alerts for Diani Gernandt.

You have been added to Diani Gernandt's favorite list.

You can also sign-up to receive email notifications whenever Diani Gernandt releases a new book.