I am a retired Dentist and enjoy writing as a hobby─I write for the creative FUN of writing. Other hobbies include playing the clarinet, Soprano sax and Bongos, oil painting, photography, and graphite drawing. Story ideas may occur to me spontaneously, or just by looking at a picture when it evokes a story line in my mind, and I use it as a 'seed' to grow the story.
I'm a 'romantic' at heart. Love runs deep in me, and have published several romances as a result (and usually fall in LOVE with my female protagonist) mixed in with some adventure stories, and stories for Young Adults.
I have done a few things in my life to include, Cubmaster, Scoutmaster, Mountain Rappelling Instructor, clinical lab tech, read books on Sci and romances, and hold a license as a Ham Radio operator---all of which I assume, add to the repository from which I draw some of my story ideas. I grew up reading Mad Magazine which, I’m sure, affected (distorted?) my sense of humor as well as my perspective on life. I enjoy humor, and like to laugh.
I'm am most assuredly an untrained amateur but nevertheless have published five small books on Amazon and twelve on Smashbooks.com under the name of R.H. Proenza if for nothing else but my ego. I live in Georgia with my wife Sandy, a computer or two, and no pets. 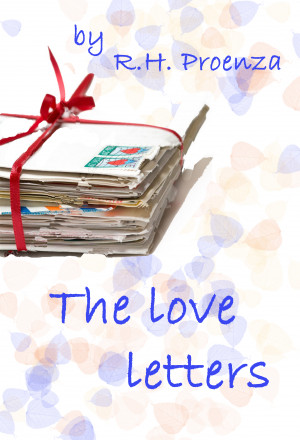 The Love Letters by R.H. Proenza
Price: Free! Words: 1,750. Language: English. Published: December 8, 2019. Categories: Fiction » Romance » Adult
Beautiful green-eyed Lori Bradford receives a package from a U.S.Army installation containing a cover letter no one wants to receive. It's not from David, but WHERE is her beloved David? What's happened to him? No, please...This can't be... 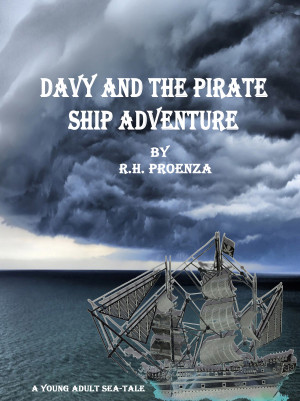 Davy, an avid reader likes to devour as many adventure books as he can find, especially Pirate stories. His bookshelves on the bedroom walls are loaded to the breaking point with books. In fact, the weight of his collection pulls down the shelves down on top of Davy's head--OW! At once, he finds himself on a pirate ship, waking up from a nap, not knowing how he got there. But this is impossible! 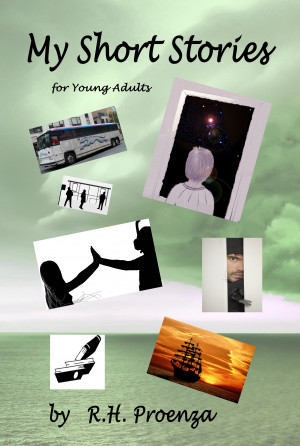 My Short Stories - for Young Adults by R.H. Proenza
Price: $1.99 USD. Words: 15,330. Language: English. Published: June 6, 2019. Categories: Fiction » Fantasy » Contemporary, Fiction » Science fiction » Adventure
A varied collection of entertaining stories: a boy suddenly finds himself the captain of his own pirate ship, and discovers a secret he can never share; a meteor is heading for a boy's house and there's nothing he can do; brother and sister 'teens are left orphans after they lose their parents to an accident; a boy is fearful of the dark ocean, loses his fear and makes a wonderful discovery; more 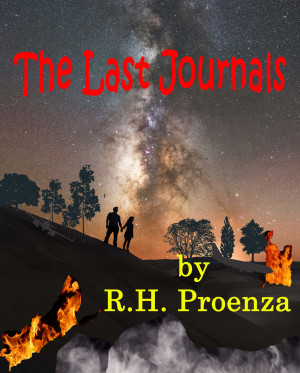 The Last Journals by R.H. Proenza
Price: $1.99 USD. Words: 31,470. Language: English. Published: September 15, 2018. Categories: Fiction » Young adult or teen » Adventure, Fiction » Romance » Action/adventure
Justin and Emily, young strangers on a hike in the Appalachians, are suddenly immune to what has inexplicably wiped out the ENTIRE human race in a horrific PANDEMIC. Having lost everything, they must learn to cope with an empty world and with each other. Are they up to the daunting task of being the next Adam and Eve and starting all over again? Maybe they'll get it right this time, or maybe not. 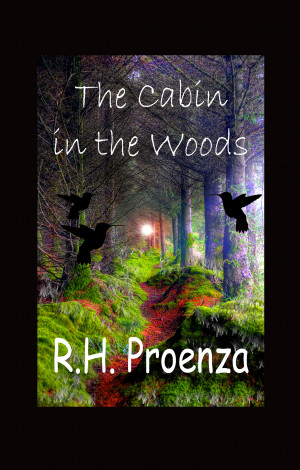 Successful author Josh Brantley becomes bored and restless with his life and decides to go on a walk in the forest. Going down a dark path he has a fall and loses consciousness. When he awakens he is unable to separate dream from reality as he is met by 3 impossibly intelligent humming birds, and a spectacularly beautiful goddess of a girl. Will his life ever be the same again? 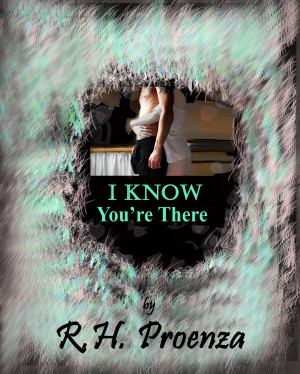 Dan dreams about a girl he's never seen. At college he suddenly sees the girl in person -- she really exists! Her name is Callie and she's an incredibly stunning green-eyed beauty. He HAS to talk to her to see why she has been in his dreams. They meet and grow into a fiercely hot loving relationship that eventually takes him to a dark place of anguish from which there is only one way to escape. 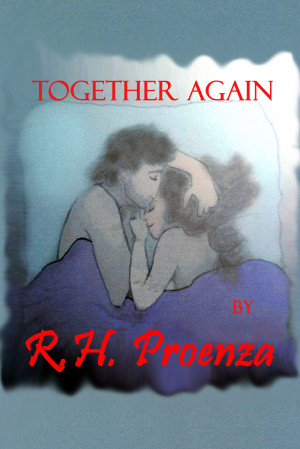 Ray and Lori fall in love while in high school. Sparks would almost jump between them. Just as their relationship begins to blossom her family suddenly moves away. She is crushed, and he - devastated. Ray had found the love of his life, but now she was gone. His heartache and emotions could smolder only so much. He has a crazy plan that was doomed to fail, but he would not lose Lori again! 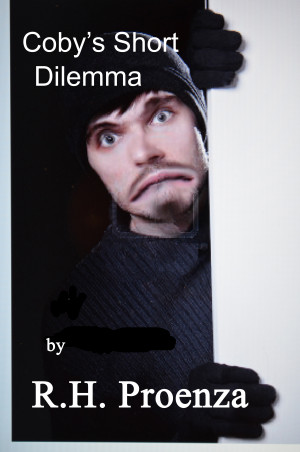 Coby's Short Dilemma by R.H. Proenza
Price: Free! Words: 2,440. Language: English. Published: March 17, 2013. Categories: Fiction » Children’s books » Readers / Intermediate
Coby is somewhat short for his age. He's frustrated and thinks himself as a "shrimp." He and his friend stumble on to a home break-in and his friend gets caught. Now he has to figure out how to rescue him from the dangerous burglar. Can his small size help in the rescue or will he get taken as prisoner too? 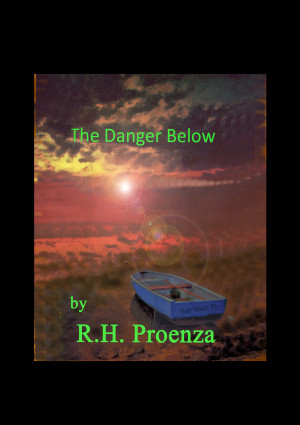 PART I: Four years ago something happened to Robbie at the beach's edge. Now he carries a fear that keeps him out of the ocean. Can he whip this fear before it whips him? PART II: Robbie makes a wonderful and beautiful discovery that defies logic─but he must keep it a secret for the rest of his life! PLEASE “RATE“ THIS STORY at the bottom of this site. Thanks! 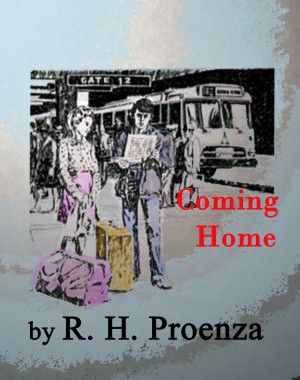 Coming Home by R.H. Proenza
Price: Free! Words: 1,380. Language: English. Published: March 3, 2013. Categories: Fiction » Young adult or teen » Family
A tragic car accident leaves Tim and Catherine, teens without parents. It also leaves them with a bitter sense of betrayal. Can they get past this and go on with their lives or grow up in the midst of this darkness? PLEASE “RATE“ THIS STORY at the bottom of this site. Thanks! 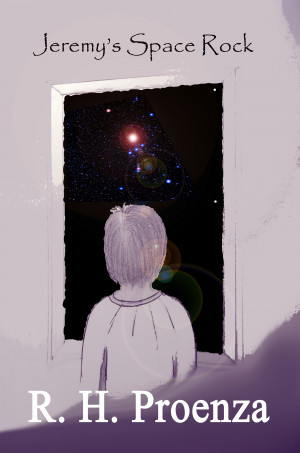 Re-written Dec. 2019 - An eleven-year-old boy who loves astronomy, while looking at the stars in the night sky, notices one star getting bigger. The more he stares the bigger it gets, but wait -- it's not moving! Then he realizes there is a REASON it's not moving but just getting bigger! Too late to act, he freezes with fear and awaits the inevitable catastrophe that approaches his house! 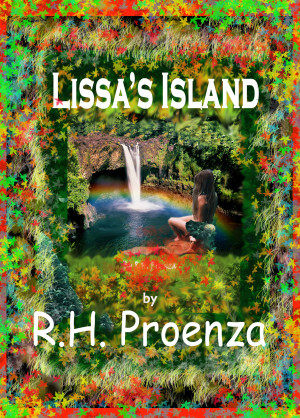 Following a horrific shipwreck, Rik, finds himself barely alive on the beach of an uncharted island in the Pacific. He has delirious visions of being dragged to safety by a beautiful long haired lass, much like a goddess. But was that just a dream? Little does he know that sadness is coming his way. Can he survive the anguish? Please *rate* this book at the BOTTOM by coming back.

You have subscribed to alerts for R.H. Proenza.

You have been added to R.H. Proenza's favorite list.

You can also sign-up to receive email notifications whenever R.H. Proenza releases a new book.