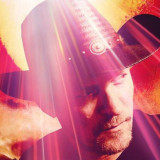 Eric Shelman lives in Cape Coral, Florida, with his wife of 31 years, Linda, and their adopted mutt, Bella. Eric is author of 20 books, beginning with Out of the Darkness: The Story of Mary Ellen Wilson, the true story of an abused child named Mary Ellen Wilson. His next book is Case #1: The Mary Ellen Wilson Files. Then on to his fiction. His third book, released in early 2011, brought Eric closer to what he really wanted to write in the first place: Fiction! It's a straight serial killer novel called "A Reason To Kill," available in all formats. Also in 2011, Eric wrote a ZOMBIE novel called Dead Hunger, and readers ate it up so much, he wrote EIGHT MORE in the series (plus a novella)! They are: Dead Hunger II: The Gem Cardoza Chronicle, Dead Hunger III: The Chatsworth Chronicles, Dead Hunger IV: Evolution, Dead Hunger V: The Road To California, Dead Hunger VI: The Gathering Storm, Dead Hunger VI.5: The Shelburne Chronicles (novella), Dead Hunger VII: The Reign of Isis, and Dead Hunger VIII: Peace, Love & Zombies, and finally, Dead Hunger IX: The Cleansing, which finished the Dead Hunger series. His witch novel is called The Witches of Laguna Beach, and Eric's time travel / serial killer novel is called Shifting Fears. The Camera: Bloodthirst is a possession novel, and he released Scabs: The Gemini Exception - a bit of a creature feature, in 2015. He then penned Scabs: The Quantum Connection, (2nd in the Scabs Trilogy) and ended it all with Scabs: Humans, Gods & Monsters. His next project was in 2017, entitled Emma's Rose: The Cave. It is the first in his latest ZOMBIE series. He has most recently branched out into publishing, inspired to do so by Author Damon Novak, whose forthcoming debut novel, The Zombie War Chronicles: Onslaught will rock your SOCKS off!

What is your writing process?
You know, I sit my ass down and hope like hell I'm going to have some words come to me … and they always do. I've never really plotted a book out - beyond the most basic idea. I'll have what I call a "grain of sand" and hope it's not a clump of poo. Then I'll start going, creating that first character. I try to make you like them right away, just based on something they say or do, or some emotion they're feeling that anyone can relate to. Once I get to know my character, I let them take control of the story. The ending of the book comes when it comes - I never know how long a story is until it's over.
Do you remember the first story you ever read, and the impact it had on you?
Not really, but I was a Doc Savage fan. The first horror novel that REALLY got me was Lair by James Herbert. Had no idea it was the second in a series. I also LOVED Whitley Streiber's Wolfen. One of the most frightening books I've ever read. The movie SUCKED ASS. Oh, well. That is one that NEEDS to be remade. Oh, yeah. Impact on me? Just made me want to read more good, scary stories.
Read more of this interview.

Where to find Eric A. Shelman online 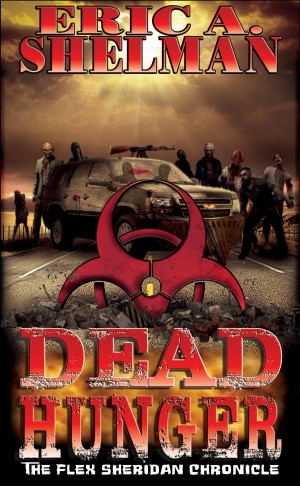 An epidemic that's turning humans into zombies has swept over the eastern United States and quite possibly the world, and Flex Sheridan doesn't like it one bit. Join Flex, his girlfriend Gem, British scientist Hemp Chatsworth, his foul-mouthed 6-year old niece Trina, and crossbow-wielding Charlie, as they use street smarts and technology to survive in this terrifying new world.

You have subscribed to Smashwords Alerts new release notifications for Eric A. Shelman.

You have been added to Eric A. Shelman's favorite list.

You can also sign-up to receive email notifications whenever Eric A. Shelman releases a new book.