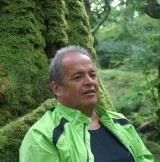 Don C. Andrews was the Editor of the Ibiza Now magazine (in English) from 1989-2000 and the Ibiza Heute (German) from 1992-2000. He has worked with the Diario de Ibiza newspaper on several different projects, including a daily page of news in English during one summer and the translation of the annual tourist guide into English for several years running. He has an extensive archive of photos from Ibiza.
He speaks Spanish, German, Catalan, French and occasionally tries to converse in Russian – to the bemusement of any Russian people he happens to meet. He translated the book Tales of Mel from Spanish to English, and is currently working on an online edition of this book. He has had articles published in three different languages in various Ibiza publications. He has appeared on television in Catalan and German, and taken part in various radio programmes in German and Spanish.
He had always thought somebody else would write a book about life on Ibiza in the 1980's, and is rather surprised to find that the job appears to have been left to him.
He is a fully-qualified teacher of science, but also teaches mathematics, modern languages, computing and other subjects too numerous to mention. He is currently working as a teacher of mathematics.
Chilling out in Ibiza is his first full-length book, although a second one is already in the pipeline, and he is currently preparing a work on the joys of desktop publishing in Ibiza. He looks forward one day to publishing a book featuring some of the works of his friend Nito Verdera about the explorer Cristobál Colón, who, he believes was born on Ibiza.
When not writing or teaching, Don enjoys reading in English, Spanish and German, long walks in the countryside, bird watching, taking part in quizzes, cookery and playing the guitar. He hopes to visit Ibiza more frequently if his literary career takes off.

What's the story behind your latest book?
When I first arrived in Ibiza, I was amazed at the colourful and wonderful people who surrounded me. I assumed that someday, somebody would write a book about those times and places, but nobody else ever did! I started writing with the idea of writing a book about my time in Ibiza - but I got to halfway through and I had only reached Christmas of my first year. At this point, I decided that my first book would cover only my first year on Ibiza. I also decided that I would try and find answers to questions about the island that had puzzled me and other people. Hence my frequent diversions into island history. When I found out a bit more about Jaime 1st, King of Aragón, the man who was responsible for taking the island into the Christian sphere of influence, I felt I had to tell something of his story. I would love to write more about him in a future book!
Would you say that Ibiza inspired you?
Ibiza inspired me in all sorts of ways. The foreign community was basically very small, so people could easily fill in various niches. I played the guitar and sang in bars, I worked as a carpenter, and all sorts of other things. At the start, writing was a hobby really - I wrote about cricket because I played cricket; I wrote about the school because I worked there. It was great to earn money (although not much) from doing what I would have been doing anyway. When artists started inviting me to their opening events because they wanted me to do the reviews it became even better! I went to places I wouldn't otherwise have been invited to, I drank for free - and I got paid for it!
Read more of this interview. 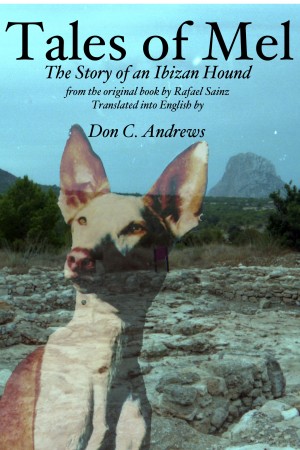 Tales of Mel The Story of an Ibizan Hound by Don C Andrews
Price: $4.99 USD. Words: 55,020. Language: English. Published: October 27, 2016. Categories: Nonfiction » Travel » Travel - Reference
This book follows the life of an individual Podenco ibicenco or Ibiza Hound called Me, but it also follows the history of the breed, back to the days of the Phoenicians who are believed to have brought the breed to Ibiza. The story of the breed is followed through Roman times and the middle ages to the present day, interleaved with tales of the human inhabitants of Ibiza, the Ibicencos. 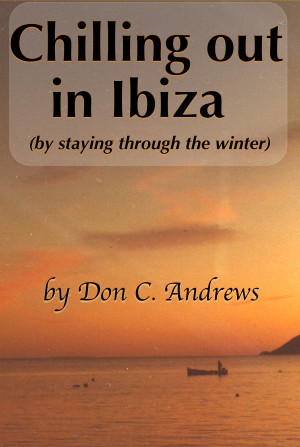 You have subscribed to alerts for Don C Andrews.

You have been added to Don C Andrews's favorite list.

You can also sign-up to receive email notifications whenever Don C Andrews releases a new book.