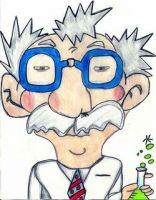 B.R. Stranges is from Niagara Falls, Ontario, Canada. He dabbles in everything from short stories, to poetry, to song lyrics, to picture books, to all kinds of fiction, and movie scripts. He wishes his writer's voice would give him a break every now and then, but, oh, who is he kidding - he loves it!

Many of his story ideas are derived from his obsession with strange films and documentaries. His biggest inspiration however, is his students. Stranges has been an elementary school teacher for eight years and loves using his storytelling ability to motivate in the classroom.

Please check out his blog for future eBook launches.
http://drsillypants.blogspot.com/

Where to find B.R. Stranges online

Paulie Potatoes: Gangster Crusader
More than thirty years ago, two classics were born. One is a captivating novel of the Mafia underworld, The Godfather, which introduced readers to the first family of American crime fiction, the Corleones. The other introduces the world to the most recognized and revered character of all time, the “Man of Steel,” Superman. Paulie Potatoes: Gangster Crusader is a modern blend of both of these unforgettable classics. Now available in digital format

Farrah in Fairyland
14-year old Farrah Fancycracker hates her life. Although she lives in Fairyland, the most wonderous place in the universe, her talents have been wasted. As a small-winged Ordinaria fairy, she is not permitted to practice the Pixie Arts to become a Tooth Fairy. Only the Superiora, the so-called ‘elite,’ big-winged fairies are allowed to explore the full extent of their powers at the Pixie Academy. Now available in digital format

Zombie Gang: Regenerated Earth
A teen horror novel that is disgusting enough to make the hairs on your neck stand up, but PG enough to keep the adults off your back. Everyone died in the aftermath of the devastating Devil Virus that ravaged the entire population of Earth. There were no survivors. Five days later, however, the freshly dead returned to life. 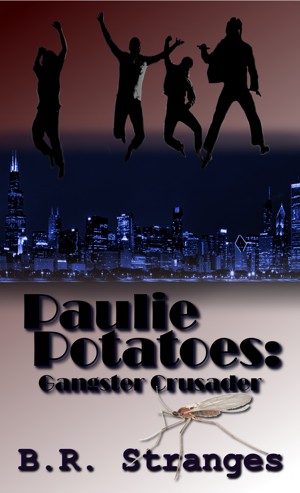 Paulie Potatoes: Gangster Crusader by B.R. Stranges
You set the price! Words: 45,260. Language: English. Published: October 31, 2012. Categories: Fiction » Young adult or teen » Sci-Fi & fantasy, Fiction » Young adult or teen » Thriller & Suspense
On March 10th 2012, 14-year old Paulie Potatoes, along with the rest of the teenagers of earth inherited superpowers. Seeing this as a threat to his way of life, Mob boss Bobby Biaggio Bigotta, better known as Biggie Boom Boom, knows that he must stop Paulie and his friends by all means necessary. 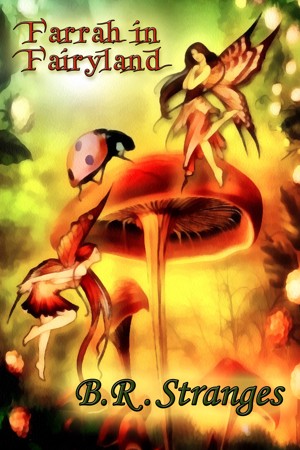 Farrah in Fairyland by B.R. Stranges
You set the price! Words: 80,010. Language: English. Published: August 18, 2012. Categories: Fiction » Young adult or teen » Fantasy, Fiction » Young adult or teen » Fairy Tales
You may think that you know about the mythical beings known as fairies, but the truth will shock you. An epic Young Adult Fantasy that follows the adventures a young wannabe Tooth Fairy named Farrah Fancycracker.

You have subscribed to alerts for B.R. Stranges.

You have been added to B.R. Stranges's favorite list.

You can also sign-up to receive email notifications whenever B.R. Stranges releases a new book.