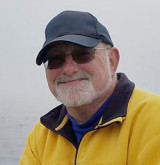 I'm a graphic designer by profession with over 30 years experience in the publishing and printing industries. Over that time I have lost count of the number of books I have designed. Now, after all this time, I have put aside my freelance work in order to write. I have always been an avid reader and now concentrate on writing fiction. I am currently developing a crime/action/adventure series as well as working on a major historical fiction novel.

What is your e-reading device of choice?
I prefer my Kindle at this point in time. But I am always on watch for any new advancements by othe re-Readers.
What book marketing techniques have been most effective for you?
Social networking is the major marketing tool of choice by nearly every author. It provides the quickest and most convenient method for reaching out to potential readers. I belong to GoodReads, and several other forum groups. At this point in time the most effective platform for me has been LinkedIn, my own website, and Facebook.
Read more of this interview.

Where to find Greg Smith online

The Pits
After nearly 20 years serving in the Marine Corps, Captain Kramer thought he'd been prepared for anything life had to throw him. He returns from deployment to Afghanistan with a new dog, Shadow. Kramer and Shadow's activities capture the attention of the FBI who enlist their help to bring down a major crime lord based in Florida. Captain Kramer, USMC and Corporal Shadow, USMC soon find themselves in their deadliest fight ever. 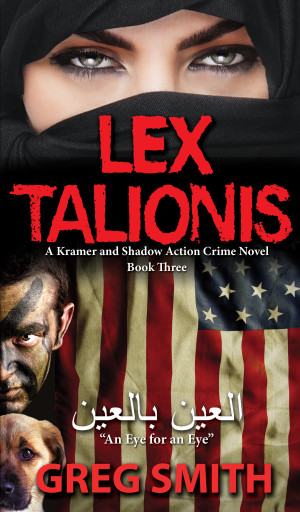 Lex Talionis by Greg Smith
Price: $2.99 USD. Words: 82,120. Language: English. Published: December 27, 2017. Categories: Fiction » Adventure » Action
Kramer and his canine partner, Shadow take on a new team member when their nemesis, Shelley Harper, surfaces with plans to exact retribution from America on a monumental scale that will have 9/11 pale in comparison. People on all sides have their own scores to settle. For the two former Marines, this could prove their toughest assignment yet. Who will be left standing after the dust settles?

You have subscribed to alerts for Greg Smith.

You have been added to Greg Smith's favorite list.

You can also sign-up to receive email notifications whenever Greg Smith releases a new book.