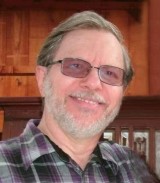 Eric Kaestner is a co-founder of Bible Believers Fellowship, Inc. along with his wife (Anne). He is also the President and Chief Executive Officer.

Eric runs the financial and technical end of the Corporation, and also serves as Treasurer. He oversees computer operations and has designed some of the programs we use. Moreover, as our ministry expands and changes, Eric continually updates and adapts our computer system in order to keep up with our current needs. His careful planning has enabled us to streamline our work and create a far more efficient environment in which to grow.

In the early days of this ministry, Eric also wrote articles which we have adapted into tracts and our soon to be published ebooks. Occasionally, he has also counseled inmates, both in person and through the mail. Aside from this, Eric does the desktop publishing of our newsletters, little Bible booklets, and tracts and he oversees the work on our Spanish language translations. Eric orders most of the software, equipment, videos, Bibles, and printed material that we purchase, and he keeps a careful check over our entire inventory.

For two decades, our presence on the World Wide Web has been handled by Eric, and he does all of the layout and HTML formatting for our web pages. Our discontinued Christian screen savers were also created, promoted, and marketed by Eric.

Along with all the above mentioned duties, Eric has edited and digitally remastered our audio called "Sin and Redemption" by Anne Kaestner as well as readings from the Holy Bible by Norris Greer.

Finally, Eric is now taking on the additional task of editing and designing our ebooks. Although most of the ebooks are written by his wife, Anne, he is also writing some of his own. He is doing all cover page and chapter designs with the help of ideas from his wife, Anne.

When did you grow up, and how did this influence your writing?
I was born in 1951 and did not like or want to write anything. Therefore, my early years did not influence my writing. It wasn't until I received the Baptism in the Holy Spirit that I began writing. My first article was in the 1988 "The Good News Letter."
Do you remember the first story you ever wrote?
Yes. It was called "The Solid Rock" and it appeared in the first copy of "The Good News Letter."
Read more of this interview.

Where to find Eric Kaestner online 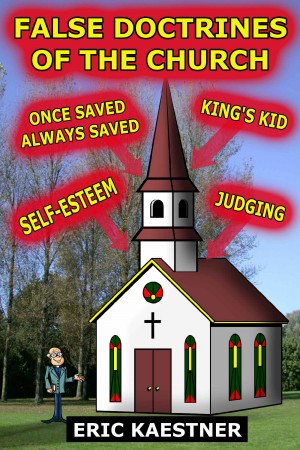 False Doctrines Of The Church by Eric Kaestner
Price: $2.99 USD. Words: 20,620. Language: English. Published: July 22, 2014. Categories: Nonfiction » Religion & Spirituality » Christianity, Nonfiction » Religion & Spirituality » Christian Ministry / Preaching
This is about doctrines like “Judging The Believer”, where Christians judge the world, but don’t see the sins among themselves (1 Cor. 5:1-13) and “Is Self Esteem From God?” which promotes arrogance. Also, “The King’s Kid Doctrine” which teaches an “I’m better than you because I’m a Christian” attitude. And “The Doctrine Of Unconditional Eternal Security” (Once Saved, Always Saved) (John 15:6).

You have subscribed to alerts for Eric Kaestner.

You have been added to Eric Kaestner's favorite list.

You can also sign-up to receive email notifications whenever Eric Kaestner releases a new book.