I write as DH Smith and Derek Smith. DH Smith is my pen name for the Jack of All Trades crime series featuring builder, Jack Bell. The first is Jack of All Trades. Jack lives in the Eastend of London, where I live, and makes a precarious living. On each job there’s at least one murder. Jack is variously a sleuth, a suspect and gets too close to being a victim. He’s always short of cash, a failed marriage behind him, and hopefully his alcoholic days. In each book there’s a romantic element as Jack is ever hopeful. He has a daughter, Mia who is ten years old in the first book.

I have been writing for over 30 years, beginning with plays. I had them performed on radio, TV and theatre. After working in a community bookshop I began to write children's books as Derek Smith. Hard Cash, a young adult novel, was read on BBC radio, Frances Fairweather Demon Striker! was shortlisted for the Children's Book Award, both published by Faber. The Good Wolf won the David Thomas Prize.

These days, I am concentrating on my Jack of All Trades crime series.

Where to find DH Smith online 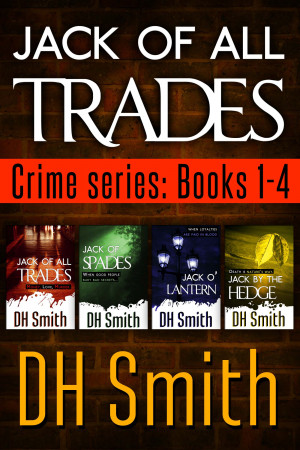 Jack of All Trades Books 1-4 by DH Smith
Price: $4.99 USD. Words: 243,720. Language: English. Published: December 6, 2017. Categories: Fiction » Mystery & detective » General, Fiction » Mystery & detective » Amateur sleuth
The first four in the Jack of All Trades crime series, comprising: Jack of All Trades Jack of Spades Jack o’Lantern Jack by the Hedge Jack Bell, a builder, finds murder at his various work sites. In the books, along with a little romantic entanglement, he variously solves the crime, is involved in the crime, or is close to becoming another corpse. 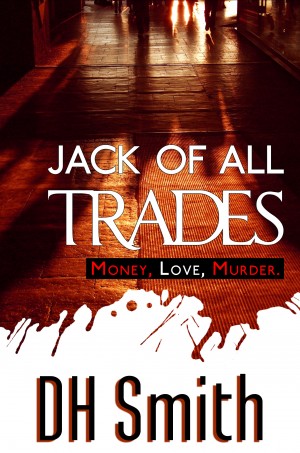 Money, love, murder. It began as a dream job for Jack, a builder, working for a millionaire couple. But when he falls for her secretary, he becomes entangled in their scheming. And when there’s a murder using his tools as the weapon, he’s prime suspect.

You have subscribed to alerts for DH Smith.

You have been added to DH Smith's favorite list.

You can also sign-up to receive email notifications whenever DH Smith releases a new book.