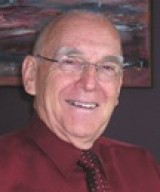 Retired Presbyter of Methodist Church of New Zealand. Passionate pioneer in Local Shared Ministry, consultant in small churches, publisher of over 100 niche market books, producer of prosumer video, deviser of murder mystery dinners and former private pilot.
I trained for the Methodist Ministry at Trinity Theological College and eventually completed MA, Dip Ed as well.
Bev and I married just before my first appointment in Ngatea where our two children arrived. We went on to Panmure and Taumarunui. Longer terms followed at Dunedin Central Mission and the Theological College. During this time I was also involved as co-founder and second national President of Family Budgeting Services and adviser to the (government) Minister of Social Welfare.
My final four years were part-time, developing the first Presbyterian or Methodist Local Shared Ministry unit in this country and promoting the concept overseas.
Retirement has brought a whole lot more opportunities and challenges. We are now living in our own villa in Hibiscus Coast Residential Village.

Where did you grow up, and how did this influence your writing?
I grew up first in Lower Hutt, New Zealand in a good family with very strong ties to the local Methodist Church. We were never very well off financially and the stringencies of the War years left some kind of a mark on me. But, apart from school life, which I cordially hated, it was a warm and companionable time and enabled a highly strung child to survive in a hostile world. I had a good grasp of language and an enquiring mind and I believe I gave a few adults around me quite a hard time with my curiosity. And also with my desire to share with others any new information which I had culled from the interesting world around me. I was called the Bafot - the little "beggar at finding out things".
But this didn't equate with growing up. I think I began to "grow up" when I left my first job and the family home at the age of 17 to live in a forestry hut in the middle of the North Island. This was at once a shock and an opportunity. After three or four years, I think there began to be some change.
My diary entries - and the Forest Service required trainees to keep one - and my letters home were highly descriptive and provided a forum for exploring the art of telling a story. Some of the people who got them should have preserved them, if not for posterity, at least for me to look over later on.
The interesting things that I did were worth diarising. Indeed, I was really glad that I took the trouble to take notes when it came to writing The Saga of Wasp decades later. And I imagine some of the ways in which the stories are told reflect what was going through my mind at the time.
After nearly four years in the Forest Service I commenced preparation for entering the ministry. The first requirement was gaining accreditation as a Local Preacher. This meant a considerable amount of writing of assignments and essays and examinations but also the preparation of a number of worship services. Although the skills for the spoken word are different from those for writing, the same careful approaches were required: With whom was I trying to communicate? What was I trying to communicate? What would be the best way of beginning, or ending, or - God forbid! - just "filling in" the middle...
Rita Snowdon, author of over a hundred devotional books published by Epworth Press was in my "occasional" congregation at Epsom Church; once, as she shook hands at the door after the service, she said, simply, "Endings, David. Endings, and beginnings."
Do you remember the first story you ever wrote?
I was a late bloomer as far as writing is concerned. Beyond writing about 1100 letters to Bev over the eight-plus years of our courtship, writing efforts were limited to university studies. When I entered Trinity Theological College at 22 there was quite an uproar in our evangelical Methodist circles (we were all evangelicals then!) when the new chapel was opened with kneelers in the pews. I wrote a humorous piece about the different stances adopted by the various members of staff and students as they knelt, crouched, or steadfastly sat on the seat. Sadly, this first work of the writing art disappeared somewhere but I recall that the punch line was "At least those who don't use the kneelers are not putting themselves at risk of having their trousers fall down."
Read more of this interview.

Where to find Dave Mullan online 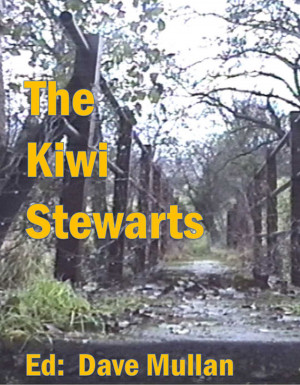 The Kiwi Stewarts by Dave Mullan
Price: Free! Words: 31,050. Language: English. Published: June 10, 2017. Categories: Nonfiction » History » Family history
Here are the personal life stories of the first couple of generations of the Moses and Catherine Stewart of Glenelly, Northern Ireland. Of the 13 surviving children, three emigrated and settled in New Zealand. The stories in this book were either written by the individuals of the next generation themselves or their own very near relatives. 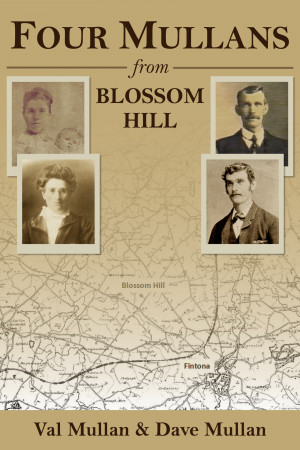 Four Mullans from Blossom Hill by Dave Mullan
Price: Free! Words: 32,980. Language: English. Published: January 29, 2017. Categories: Nonfiction » History » Family history
Samuel Hood Mullan, Rebecca (Mullan) Campbell, Jennie (Mullan) Chittick, and Crawford Mullan all grew up on a family farm in Northern Ireland. All four settled in either Queensland or New Zealand. A family gathering in Brisbane in 2001 prompted some initial research into their stories. Val Mullan and Dave Mullan have put together this account of what is known of these enterprising siblings and the 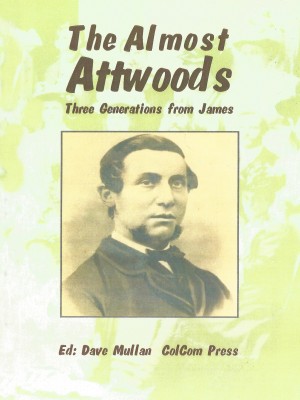 The Almost Attwoods – Three generations from James by Dave Mullan
Price: Free! Words: 60,990. Language: English. Published: February 16, 2016. Categories: Nonfiction » Relationships & Family » Family activities
Here are the personal life stories of nearly 150 descendants of James Attwood and Emma Ward of London. Eight of the ten siblings eventually made their homes in New Zealand from 1906 and 1907. The accounts were either written by the individuals themselves or their own near relatives. They provide a fascinating insight into a widespread family. 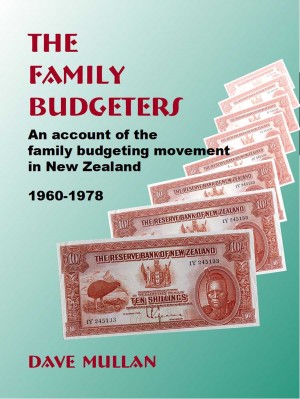 The Family Budgeters — An Account of the Family Budgeting Movement in New Zealand, 1960—1978 by Dave Mullan
Price: Free! Words: 38,490. Language: English (New Zealand dialect). Published: October 5, 2015. Categories: Nonfiction » History » Australia & New Zealand
The organisation that now offers household budgeting help throughout NZ receives substantial government funding. It was not always so. This is the story of two decades when family budgeting was done mostly by volunteers. Expenses were seldom met, paid coordinators were usually only a dream, procedures were sometimes inconsistent; the demand insatiable. Dedicated volunteers were up to the task. 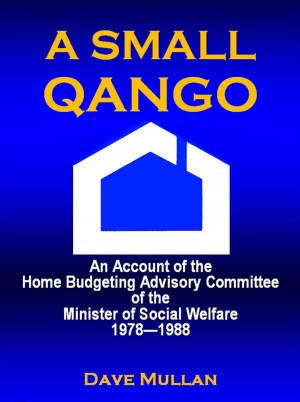 A Small Qango — Reminiscences of the Home Budgeting Advisory Committee of the Minister of Social Welfare 1978 - 1988 by Dave Mullan
Price: Free! Words: 28,510. Language: English. Published: April 21, 2015. Categories: Nonfiction » History » Australia & New Zealand, Nonfiction » Business & Economics » Personal finance / money management
The Home Budgeting Advisory Committee exercised initiatives that were unprecedented for “Quasi Autonomous Government Organisations”. In ten years of committee meetings and gatherings it prompted a shift in the attitude of government to the expenses of volunteer organisations. Its legacy is seen in $407m of household debt now being managed by family budgeting groups. 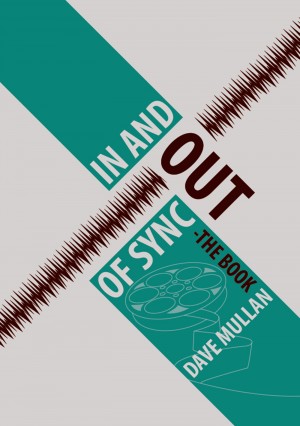 In and Out of Sync by Dave Mullan
Price: Free! Words: 66,810. Language: English. Published: April 13, 2015. Categories: Nonfiction » Biography » Autobiographies & Memoirs, Nonfiction » Publishing » Self-publishing
When the second therapy for his prostate cancer failed, NZ Methodist minister Dave Mullan did another evaluation of his life. As you do. Remembering how much the family had appreciated his father’s prodigious effort in producing his life story, Dave decided to write more than the short stories of The Saga of Wasp. 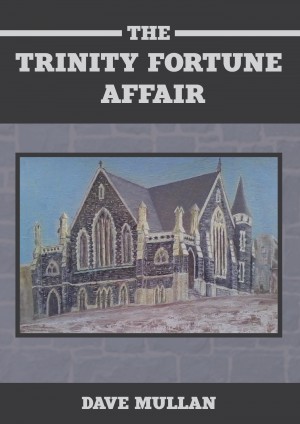 The Trinity Fortune Affair by Dave Mullan
Price: Free! Words: 40,390. Language: English. Published: April 10, 2015. Categories: Nonfiction » Religion & Spirituality » Christian Church / History, Essay » Sociology
This is the day by day story of one month in 1977 when the congregation of the mother church of Otago Methodism made the decision to close their graceful church home. It recalls the succession of challenges and the heartaches and pains. It also asks what can be learned from this tumultuous experience. A book for any small congregation struggling to survive in an overlarge and expensive property. 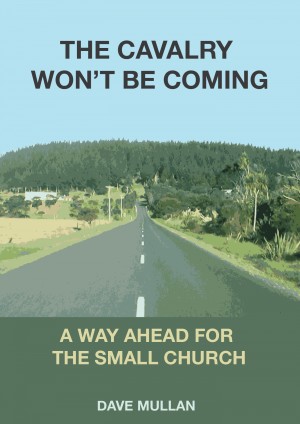 The Cavalry Won't be Coming - A Way Ahead for the Small Church by Dave Mullan
Price: Free! Words: 28,900. Language: English. Published: March 28, 2015. Categories: Nonfiction » Religion & Spirituality » Christian Church / Leadership
This book speaks to the “wilderness” experience of small congregations that for various reasons have lost the support of paid clergy. It encourages them to look to their own resources for mission and ministry. It offers a timely, relevant and reproducible strategy that is consistent with the ethos of most mainstream denominations. Detailed guidelines and resources for this ministry are included. 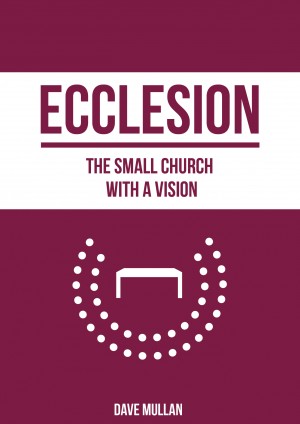 Ecclesion - the Small Church with a Vision by Dave Mullan
Price: Free! Words: 46,090. Language: English. Published: March 25, 2015. Categories: Nonfiction » Religion & Spirituality » Christian Church / Growth
This book revises Dave’s novel strategy for the weekly assembly of the small church. First published in 1990, the text is fully revised but its original thesis is basically unchanged. The Ecclesion model is more than ever a solution for the dwindling congregation. But it is also as a strategy to reach those unchurched who are looking for an intimate and supportive faith community. 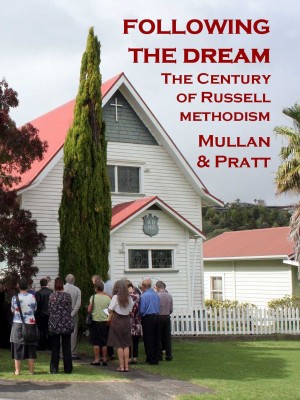 Dave Mullan and David Pratt present their account of the small group of faithful whose huge dream maintained the Russell Methodist Church for a hundred years. But their book also asks if the mission goals were realistic and achievable. It suggests some insights about future church mission. And it argues that small churches matter, for they are often the backbone of the wider church’s mission. 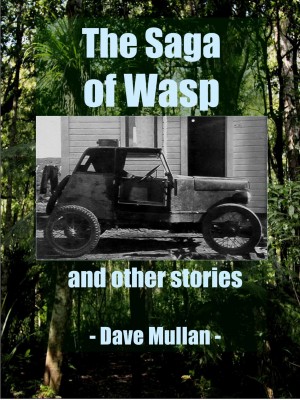 The Saga of Wasp and other Stories by Dave Mullan
Price: Free! Words: 54,630. Language: English (New Zealand dialect). Published: February 24, 2015. Categories: Essay » Author profile
These short stories by publisher and Methodist minister Dave Mullan began with his unusual experiences in the indigenous bush of New Zealand. Other events from his school and early work years complement a selection of events from throughout his life. There are some interesting facts behind some of the anecdotes. But most are, as intended, just for fun and sometimes are quite funny.

You have subscribed to alerts for Dave Mullan.

You have been added to Dave Mullan's favorite list.

You can also sign-up to receive email notifications whenever Dave Mullan releases a new book.