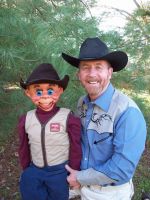 Ed Dunlop has worked in children’s ministries full-time for more than forty years. As an evangelist, he conducts Family Crusades in local churches, presents teacher-training seminars, speaks at junior camps, and conducts visualized drug and alcohol awareness programs in public elementary and junior high schools. His ministry involves ventriloquism, Gospel magic, PowerPoint, and a variety of other visual media.

Ed writes fiction for children and resource books for teachers, and currently has thirty-seven titles in print with five publishers.

The author grew up in Phoenix, Arizona. and has served churches in California, Arizona, and Tennessee as assistant pastor and Christian Education Director. He and his family entered full-time evangelism in March of 1988. Ed and his wife, Elma, have five grown children and make their home in north Georgia.

Ed enjoys canoeing, motorcycling and SCUBA diving. His sons are also certified divers. Ed currently serves as a volunteer diver at the Tennessee Aquarium in Chattanooga, Tennessee, and enjoys feeding the fish, sharks, stingrays and moray eels as groups of school children watch.

Where to find Ed Dunlop online

Kingdom Tales from Terrestria by Ed Dunlop
Ed Dunlop brings us new tales from the medieval kingdom of Terrestria. Travel back in time to the days of noble knights and powerful warlords... daring quests and deadly dragons... the days of honor and valor and chivalry. You and your family will enjoy The Kingdom Tales from Terrestria, a companion series to the Terrestria Chronicles medieval allegory series. Ideal for family devotions, classroom use, or individual reading enjoyment.

The Terrestria Chronicles by Ed Dunlop
Here’s an action-packed allegory series that will help you lead your own children to the Lord and train them to serve Him. Each book was prayerfully written to encourage your young people to love their Lord and serve Him with all their hearts. The Terrestria Chronicles have been compared by many readers to The Pilgrim’s Progress. Fast-paced action… powerful imagery… heart-pounding adventure… These life-changing books are captivating— you’ll find them hard to put down. This series has a strong appeal to today’s young people: it’s a series with knights and castles, dragons and princesses. . . but every page points to truths of the Christian walk. Biblical doctrines and character principles are taught in such a way that they will stay with the reader for a lifetime. The Terrestria Chronicles allegory series honors Jesus Christ as King, challenges young readers to love and serve Him, and teaches them to guard their hearts for Him. The focus of the series is always on the King. Written for ages ten and up, the Terrestria series is ideal for family devotions, classroom use or individual enjoyment. 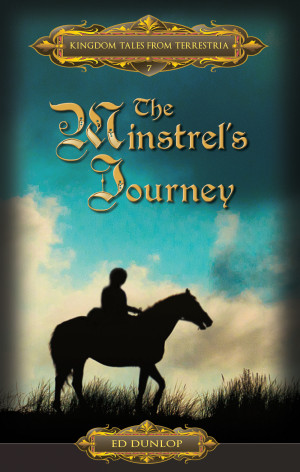 The Minstrel's Journey by Ed Dunlop
Price: $2.99 USD. Words: 60,010. Language: English. Published: March 16, 2017. Categories: Fiction » Christian » Classical & allegory
When fifteen-year-old Bradyn witnesses the murder of his father, his uncle sells him as a slave to effect his silence. Bradyn trains as a minstrel and becomes a sensation, but must choose between entertaining the wealthy or ministering to the poor of Terrestria. In the end, he finds he must deal with his own hatred and bitterness in order to be used by King Emmanuel. 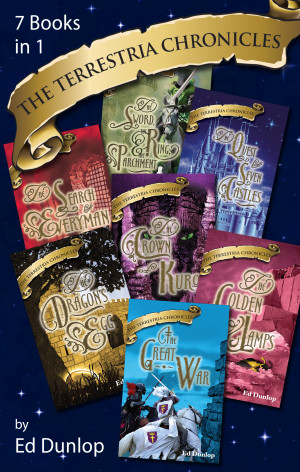 The Terrestria Chronicles Collection by Ed Dunlop
Price: $11.99 USD. Words: 371,360. Language: English. Published: December 23, 2016. Categories: Fiction » Historical » Medieval, Fiction » Children’s books » Historical / Medieval
All 7 Terrestria books in one collection! The Terrestria Chronicles medieval allegory series was written to honor Jesus Christ as King, to challenge young readers to love and serve Him, and to teach them to guard their hearts for Him. The focus of the series is always on the King. Fast-paced action… powerful imagery… heart-pounding adventure… These life-changing medieval tales are captivating. 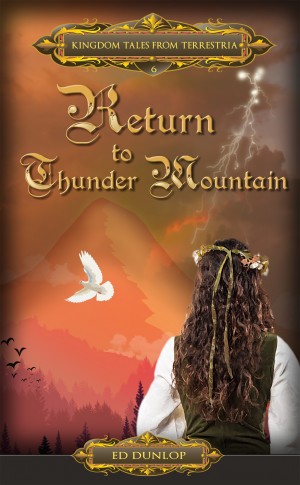 Return to Thunder Mountain by Ed Dunlop
Series: Kingdom Tales from Terrestria. Price: $2.99 USD. Words: 48,030. Language: English. Published: May 3, 2016. Categories: Fiction » Christian » Classical & allegory, Fiction » Historical » Medieval
The Star of Ruskin, a magnificent sapphire necklace worth hundreds of thousands of florins, has been in the House of Vanderbough for generations. When Lord Byron presents young Lady Aldith with the valuable necklace and asks for her hand in marriage, she eagerly accepts and makes plans to run away to Karniva with him. But when the Star of Ruskin disappears, Aldith begins to wonder... 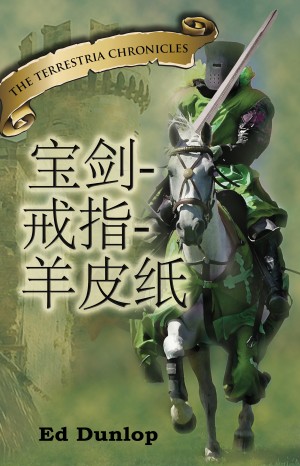 The Sword, the Ring and the Parchment Chinese by Ed Dunlop
Price: $2.99 USD. Words: 1,520. Language: Chinese (traditional). Published: March 24, 2015. Categories: Fiction » Inspirational
The first book in the Terrestria Chronicles medieval allegory series, now available in Chinese! Young Josiah is a slave to Argamor, a powerful warlord with plans to wrest the Terrestrian throne from King Emmanuel. When Josiah’s escape attempt fails, Emmanuel rescues him from Argamor, adopting him into the Royal Family. Ideal for individual or family reading. 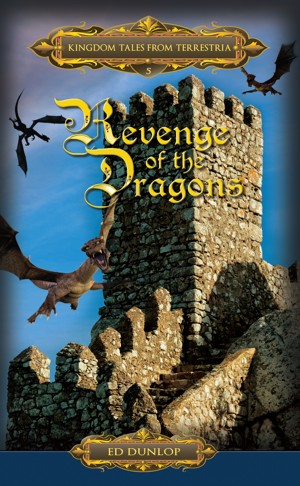 Revenge of the Dragons by Ed Dunlop
Series: Kingdom Tales from Terrestria. Price: $2.99 USD. Words: 56,280. Language: English. Published: March 19, 2013. Categories: Fiction » Christian » Classical & allegory
When eighteen-year-old Joel of Seawell learns that a young girl from Seawell will be forced to marry her cruel master, he determines to do what is necessary to rescue her. Enlisting the aid of his father and grandfather in the quest for Myra’s freedom, Joel overcomes his fears and returns to Corthia. Revenge of the Dragons is the fifth book in the Kingdom Tales from Terrestria series. 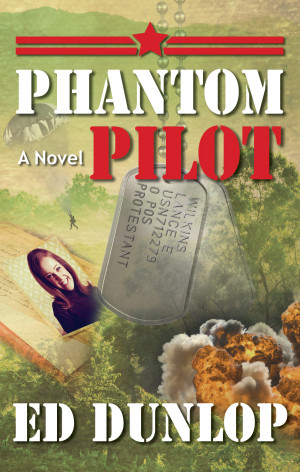 Phantom Pilot by Ed Dunlop
Price: $3.99 USD. Words: 95,520. Language: English. Published: June 2, 2012. Categories: Fiction » Christian » Historical
Lt. Lance Wilkins is the pilot of a thundering F-4 Phantom with dozens of missions over North Vietnam. The son of a Baptist pastor, Lance is bitter toward God because of the death of his twin sister. Everything changes when his Phantom is shot down during a routine bombing mission. Never had there been an escape from the infamous “Hanoi Hilton”, but Lance had to try… 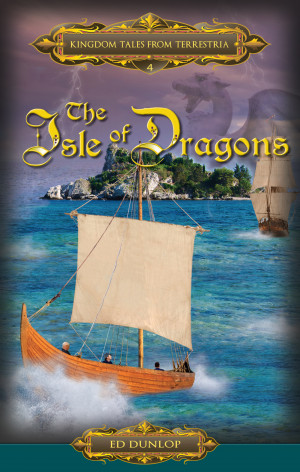 The Dragon Tournament— a mysterious event that draws young people by the thousands. Admission is free, but what price do the participants really pay? When sixteen-year-old Joel of Seawell, the son of a peasant fisherman, receives an invitation to the Tournament he is thrilled beyond words. Too late he learns the terrifying secret of the Isle of Dragons. 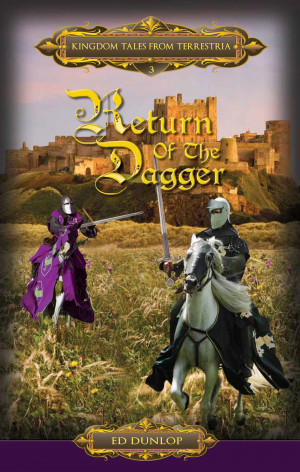 A kingdom in peril. An impending invasion by the Karnivans. A kidnapped princess. And a cryptic message about a lion in the Forbidden City. When sixteen-year-old Prince Eristan becomes the king of Cheswold, opposition arises from an unexpected source, endangering all of Cheswold. Determined to save the kingdom, the young king stands firm against the enemy until his sister Cordelia is kidnapped. 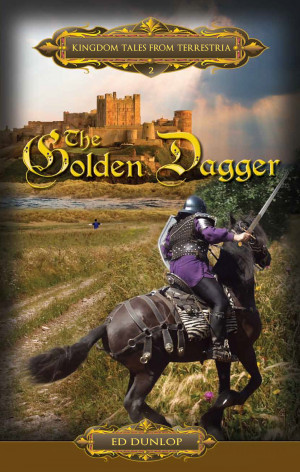 A kingdom in danger. An impending invasion by the Karnivans. A missing prince. And a young man with a top secret mission. When two goatherds free a young nobleman from the Windstone castle dungeon, they begin a journey that will change history— and bring all three young people face to face with deadly information that will affect the entire kingdom. 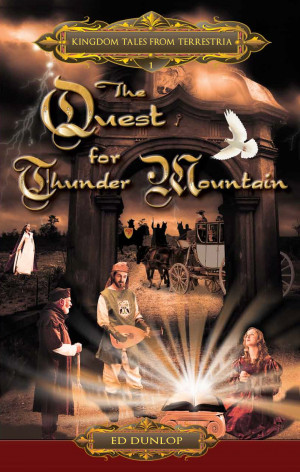 When Gavin’s career comes to an abrupt end, the talented young minstrel learns that King Emmanuel has plans for him— plans that promise life and purpose. But Gavin must make a difficult quest to a mysterious mountain. The young minstrel eagerly sets off on his quest but is warned that Thunder Mountain is a place of terror and treachery. 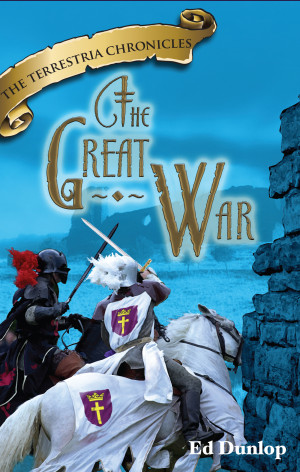 Throughout the eons of time, the kingdom of Terrestria has been at war. Argamor and his dark forces are still determined to wrest control of the kingdom from the hands of the wise and powerful King Emmanuel. Argamor’s evil plans include Princess Gilda—her captivity is sure to result in the defeat of Prince Josiah and the downfall of the Castle of Faith. 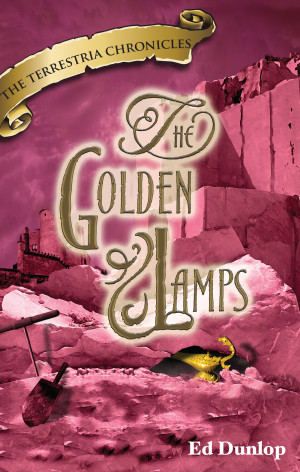 After an attack on a small Terrestrian village by Argamor’s dark knights, the villagers petition King Emmanuel to build them a castle for protection. Emmanuel responds by sending a master builder who will assist the villagers in the construction of their own castle. All goes well until the workers discover mysterious golden lamps with strange powers. 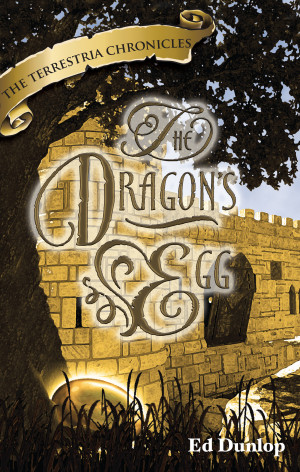 When Princess Gilda and Prince Selwyn refuse the offer of a gift forbidden by King Emmanuel, Prince Josiah accepts, not realizing that his actions will impact the Castle of Faith. But when a Cararian Greatwing—the fiercest of dragons—begins terrorizing the kingdom, Josiah learns too late that he is powerless to control the beast that he has unleashed upon Terrestria. 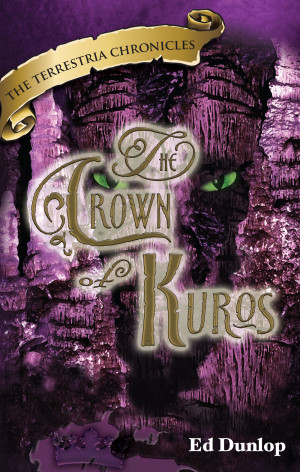 The Castle of Faith is in an uproar when the priceless Crown of Kuros is stolen from the castle keep. Prince Josiah and Prince Selwyn engage in a quest to find the crown. But Josiah alone can recover the crown and he must engage in an impossible battle. This fourth adventure, the very heart of the Terrestria Chronicles series, will challenge the reader to surrender his heart to the King. 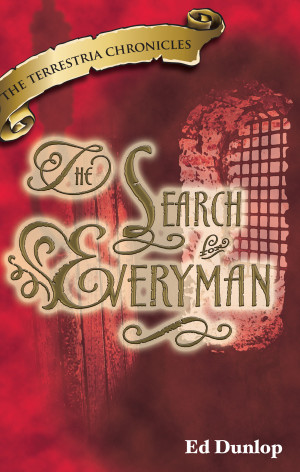 Join Prince Josiah, Princess Gilda, and Prince Selwyn in this third Terrestrian adventure as they set out on a dangerous quest to deliver the King’s pardon to Adam Everyman, a prisoner condemned to die. Will the three young people overcome the obstacles, locate the Dungeon of Condemnation, and deliver the royal pardon in time? 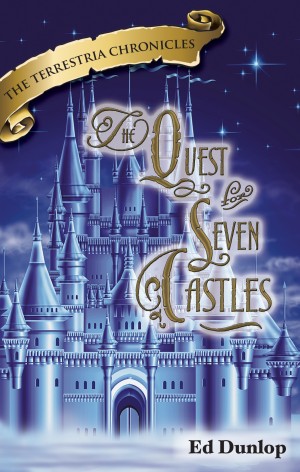 When King Emmanuel sends Prince Josiah on a difficult journey to various castles across the kingdom, the young prince is unprepared for the dangers that he will face. As Josiah grows in the knowledge of his King and strives to become like him, he learns the importance of following his Book and obeying the voice of the Dove. Book 2 challenges the reader to examine his relation 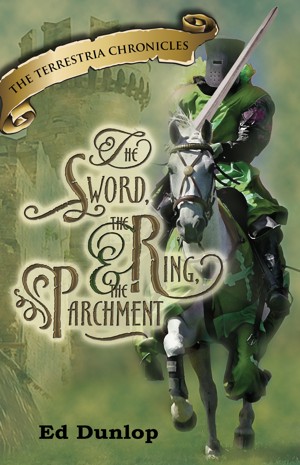 The first book in the Terrestria Chronicles medieval allegory series. Young Josiah is a slave to Argamor, a powerful warlord with plans to wrest the Terrestrian throne from King Emmanuel. Fast-paced action… powerful imagery… heart-pounding adventure… knights and castles... dragons and princesses… every page points to truths of the Christian walk. Ideal for family devotions or individual reading.

You have subscribed to alerts for Ed Dunlop.

You have been added to Ed Dunlop's favorite list.

You can also sign-up to receive email notifications whenever Ed Dunlop releases a new book.