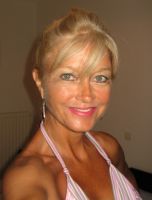 A native of Fairfield, Connecticut, Saverini was a thirty year resident of the San Francisco Bay Area where she was known as a teacher and Victorian home renovator, among her various careers. Since 2005 she’s lived in a hilltop town overlooking Lake Trasimeno in Italy, where she’s taught English, written novels, and penned travel articles for Examiner.com. A mother of three and ardent animal lover, she’s been tagged on Greek islands with Tartufo, her famous one-eyed Japanese Chin, and in the United States with Nerina, her death-defying, black, Italian rescue cat.

Her current novel is a sexy romp through Corfu, a travel adventure with Camorra bad guys, and a character study times four. "Crazy, that... Crime. Faith. Passion." is Saverini's third and shortest novel at 88,670 words, and her first commercial endeavor. A video, "Interview with the Author" is underway, and the sequel to "Crazy" is due to be released in August 2012.

Where to find Elle Saverini online 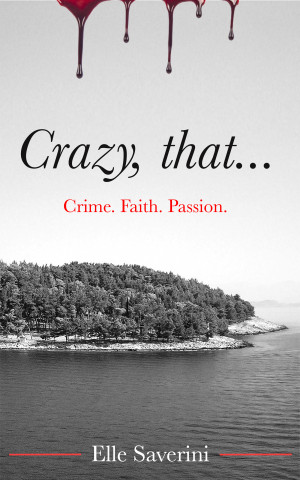 Corfu: a voluptuous island setting is the backdrop for a sensuous mix of ruthless fact and vacation fantasy, narrated by four distinct international voices brought together by crime, faith, and passion. Adrienne arrives from Rome with little more than the clothes on her back, and everything on her trip is questionable from the violent medieval artwork to the Orthodox icons next to her lover's bed.

You have subscribed to alerts for Elle Saverini.

You have been added to Elle Saverini's favorite list.

You can also sign-up to receive email notifications whenever Elle Saverini releases a new book.