For the past decade, Emericus Durden has been busy creating original, disruptive works of art - both literary art and visual art (still photography). Only recently has he begun presenting his works to the public.

In everything he creates, Mr. Durden strives to create works that are intellectually challenging, perhaps even disturbing, though always exciting, suspenseful, and entertaining. In his writings, Mr. Durden has focused on a wide variety of topics, ranging from the sublime - philosophy and spirituality (e.g., "Aiming Higher Than Civilization") to the much more hellish - murder and brainwashing (e.g., "Two Heads Equal Two Hands" and "Great & Mighty Things").

Readers concur - you cannot walk away from anything Mr. Durden writes without feeling shaken up and therefore without having grown internally, which is probably all that matters in our lives. Right?

Much of the controversy around your work deals with its metaphysical implications. What is your metaphysical message?
Well, in the simplest terms, my metaphysical message is this: if it so desires, humanity can transform itself into some 'thing' superior to humanity itself. If you want to call that thing 'God,' be my guest, though I rarely use that word. In any case, my message is both a compassionate and a shocking one - compassionate because I actually care about humanity, shocking because I express that care by encouraging us all to abandon our own humanity and become some 'thing' better. Thus, my message places less value on humanity as an end in itself, and more value on humanity as a means to an end. In this day and age, anyone who relates to humanity as a means or a 'tool' to achieve something higher is considered a little, let us say, cockeyed, a little eccentric, a little difficult to take seriously, perhaps even a little bit dangerous morally speaking. I accept that. I am a patient man.
Without laying out a philosophical roadmap for the reader, can tell us your own interpretation of the meaning of your novels?
I could tell you, yes, but I will not do so here. It would probably be a waste of time anyway. The fact is, if you read my philosophical works - Aiming Higher Than Civilization and Beyond Words & Machines - in tandem with my novels - Two Heads Equal Two Hands, Great & Mighty Things, The Spectacular Suicide - you will clearly see what my interpretation is of my own work. It's right there in front of you. Any comments here would not improve on that revelatory vision.
Read more of this interview.

Where to find Emericus Durden online 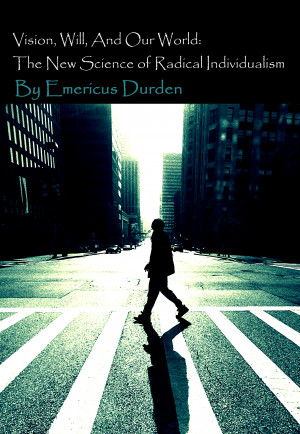 Vision, Will, And Our World: The New Science of Radical Individualism by Emericus Durden
Price: $2.99 USD. Words: 17,440. Language: English. Published: January 3, 2017 by Party Crasher Press. Categories: Nonfiction » Religion & Spirituality » Self-realization, Nonfiction » Religion & Spirituality » Spiritual awakening
In section I of the essay, the author discusses the development of the individual vision. In section II, the author discusses the development of the individual will. In section III, he unites the vision and the will to create our individual world, that is, the world of our unique subjectivity. 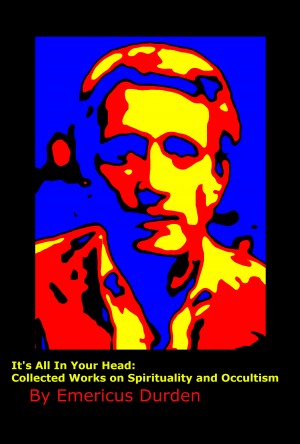 It's All In Your Head: Collected Works on Spirituality And Occultism by Emericus Durden
Price: $3.99 USD. Words: 43,630. Language: English. Published: May 10, 2016 by Party Crasher Press. Categories: Nonfiction » Religion & Spirituality » Body, mind, & spirit, Nonfiction » New Age » Magic
This volume collects the major essays written and published by Emericus Durden on occultism and spirituality in the past decade. The four essays lay out in meticulous detail three complementary approaches to understanding and practicing the Work of Perfection: consciousness growth, identity expansion, and creative unification. 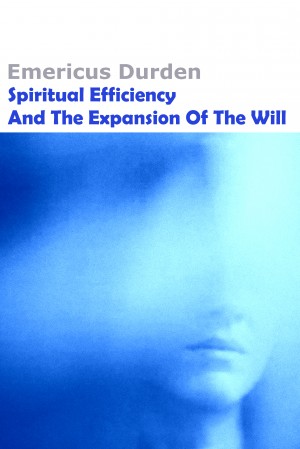 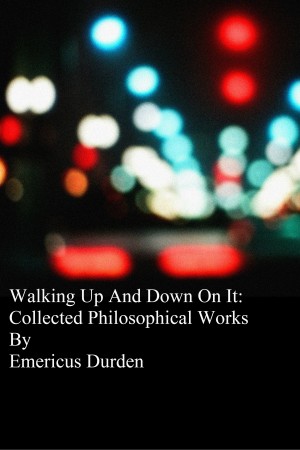 Walking Up And Down On it: Collected Philosophical Works by Emericus Durden
Price: $4.50 USD. Words: 40,320. Language: English. Published: August 3, 2015 by Party Crasher Press. Categories: Nonfiction » Philosophy » Metaphysics, Nonfiction » Philosophy » Movements / Rationalism
One’s experience of the entire transformation process from beginning to end – taking up the method of skeptical nihilism, seeing the practice through to its completion, afterwards stabilizing oneself in the new perspective beyond every possible form of human society and civilization – yes, one’s final experience is that of triumph: triumph over oneself and triumph over civilization. 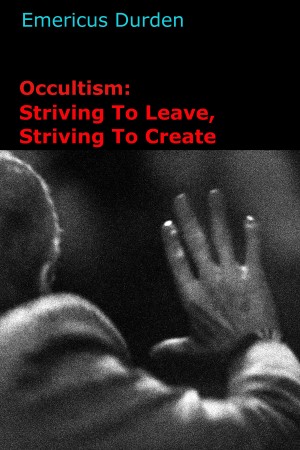 You have subscribed to alerts for Emericus Durden.

You have been added to Emericus Durden's favorite list.

You can also sign-up to receive email notifications whenever Emericus Durden releases a new book.