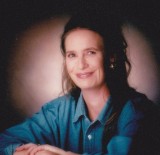 Ingrid was born of migrant parents who pioneered their own corner of rural NSW. Her Danish father and English mother encouraged reading at every level. The home was full of books of different languages and of every subject possible.
Ingrid began writing very early, winning prizes at school. When she was 14 years, she was runner-up in a national writing contest for school students, sponsored by Peter Leyden Publishing.
Ingrid has lived and worked in numerous places including London, Sydney and Canberra. She is married to Peter, a Computer Software Engineer and they have one daughter.
Ingrid uses the experiences from her own life in her writing.
She is proud to be a member of The Society of Women Writers of Western Australia.

Where did you grow up, and how did this influence your writing?
I grew up in a tiny hamlet called Dalmeny, on the far south coast of New South Wales, in Australia.
The virtual pioneer conditions of my early years in Dalmeny have greatly influenced my writing.
Those pioneer conditions are now a thing of the past: a far simpler way of living has been lost, which I deeply regret.
When did you first start writing?
I first began writing in my second year at school: I was six years old.
Read more of this interview. 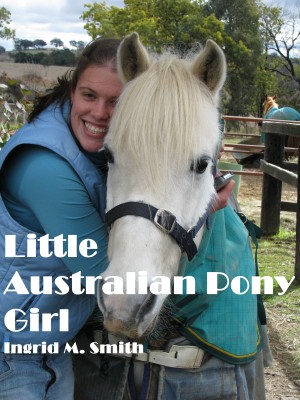 'The ponies on our farm all get new rugs and shoes long before the people get any new clothes!' so said eight year old Emily to her mother. She was quite right, of course. This is the true story about an Australian childhood, where animals and hard work always come first. From sheep to saddles; rodeos to racing; brumbies to bridles: this is Emily's Australia.

You have subscribed to alerts for Ingrid M Smith.

You have been added to Ingrid M Smith's favorite list.

You can also sign-up to receive email notifications whenever Ingrid M Smith releases a new book.