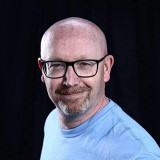 DONALD D. ALLAN is an award-winning author for the New Druids epic fantasy series. He is best known for his knowledge of just about everything – just ask him, he’ll tell you. He takes being a geek to massively huge geek levels – like level twelve. That’s pretty high. Mostly, he’s an introvert pretending to be an extrovert and so far, he’s fooling everybody. Wine helps.

He loves lying around and planning his next activities, such as yard work, house repairs, cleaning, cooking, etc. He plans a lot, but never really completes it. But planning is everything. He does complete novels though, and that surprises most people. They say “YOU wrote a book?”

What motivated you to become an indie author?
I've been reading my entire life. The conversion over to eBook was a difficult one for me but I saw the utility of it taking public transportation and during business trips. By converting over to eBooks I soon discovered a veritable treasure trove of tremendous tomes by many terrific indie authors I would have NEVER have been exposed to. So Indie Author was the logical place for me to start.
How has Smashwords contributed to your success?
To early to say. I like that it supports so many formats. A true one stop shopping location.
Read more of this interview.

New Druids Novels by Donald D. Allan
The world sees the return of druids to the land after being decimated by the Church of the New Order. A young man, the last of a long line of druids emerges with new found powers to challenge those who would strike harmony from the earth. 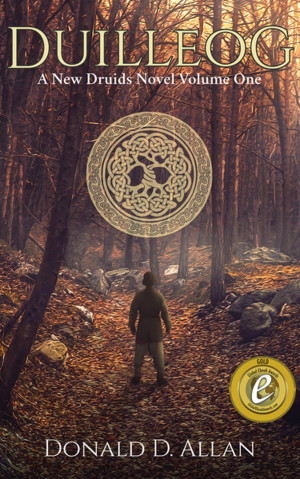 Duilleog by Donald D. Allan
Series: New Druids Novels, Book 1. Price: $0.99 USD. Words: 122,940. Language: Canadian English. Published: June 21, 2015. Categories: Fiction » Fantasy » Epic, Fiction » Fairy tales
In a land where the druids have been eradicated and Gaea stands on the brink of wiping out mankind, awakens the last hidden druid. Will Arbor awakens his legacy of druidic powers and begins a journey of self-discovery. Enter the world where the Church of the New Order seeks to destroy this last druid, remove the Lord Protector, and regain their control over the lives of the people of the Realm.

You have subscribed to alerts for Donald D. Allan.

You have been added to Donald D. Allan's favorite list.

You can also sign-up to receive email notifications whenever Donald D. Allan releases a new book.