LILLIE BARNETT EVANS is a novelist, playwright, and award-winning storyteller. She has given spoken-word performances at schools, churches, art festivals and various other venues across the country. She has written several plays: Is God Calling My Name?, North Star, and The Body of Christ. She has also written for newspapers and magazines. Her first novel, And All the People Said...is a suspense thriller. Her comedy fiction, Grandmothers, Incorporated was her first collaborative effort and was co-written with C. V. Rhodes. Grandmothers, Incorporated received several on-line book awards including Best Book of the Year by two online websites. Barnett Evans also collaborated with Rhodes on the play, Grandmothers, Incorporated which enjoyed a successful Off-Broadway at the Billie Holiday Theater in Brooklyn, New York.. Barnett Evans holds a Bachelor Degree in Business Administration. Visit her on the web at: www.lilliebarnettevans.com and at www.grandmothersinc.com.

CRYSTAL V. RHODES is an author and an award-winning playwright. She is the author of five published romance novels. Among her titles are Sin, Sweet Sacrifice, Secrets and Strangers. Her comedy fiction, novel, Grandmothers, Incorporated, co-written with L. Barnett Evans was selected as Best Book of the Year by two online websites. Written Word Magazine named Ms. Rhodes as one of the Ten Up and Coming Authors in the Midwest. As a playwright she has been the recipient of the BTA Award for the Best Original Writing for her state play, Stoops. Rhodes holds a Master degree in Sociology and has written for newspapers magazines, radio and television. Visit her websites at www.crystalrodes.com and www.grandmothersinc.com

How did you start writing together?
We are L. Barnett Evans and C.V. Rhodes, co-authors of the Grandmothers, Incorporated book cozy mystery book series and we’re delighted to let our readers know a little more about us. As for how we started this writing partnership. We both have our perspectives:

CVR ANSWER
I’ll let Lillie tell you about the story she shared with me, but using that idea as the backdrop we created a storyline about three widows, in their sixties, who are under the illusion that they are amateur sleuths. We then added the cantankerous mother-in-law of one of them as their constant critic and the formula worked. As we were developing the story we laughed the whole time we were writing. That’s how we knew Grandmothers, Incorporated was funny.

LBE ANSWER
I had an experience in my family that involved two grandmothers doing some investigating. I thought it was funny but kicked around the idea of writing a serious detective novel. Crystal thought that since the idea was funny why not write a comedy? The result was our book, GRANDMOTHERS, INCORPORATED, which, I believe, reflects how much fun we had writing it.
When did each of you first start your writing careers?
CVR ANSWER
I’ve been writing since I was eight years ago. As an adult, I started out writing plays. I’ve written over twenty plays all of which have been produced, not counting the two plays co-written with Lillie featuring characters from our Grandmothers, Incorporated series. One of those plays was performed Off Broadway. I didn’t start writing novels until 1995. I chose romance as the genre of choice because it’s so popular. It took years to develop my writing style and I received a lot of rejection letters until I finally got published in 2000. My first published romance suspense novel is titled Sin. It’s about a female minister renowned in her community for her anti-drug crusade and she unwittingly falls in love with a man involved in the drug world. It’s the first book in the Sin series. I’ve had eight romance suspense titles published in that series. Then, of course there are the three cozy mystery novels co-written with Lillie that have been published. So I’ve had a bit of success as both an author and as a playwright.

LBE ANSWER
That’s hard to say. I first was interest in journalism in high school and wrote for my high school newspaper. Over the years I’ve written for newspaper and magazines. I wrote for a start-up magazine for a brief time. I settled into writing sporadically for special projects. I never considered fiction writing because I pictured myself as a “just the facts” type of writer. Also, I was not aware of many African American writers. I’ve been spinning yarns ever since I was able to talk. I was always shy and didn’t talk much--unless I was spinning a tale. I have the knack for telling the most outlandish things and have them taken as truth. Sometime in the late nineties I launched my career as a story teller after winning a prestigious storytelling contest. So, I’ve always had the stories and performed them, and now I’m a published author and playwright.
Read more of this interview. 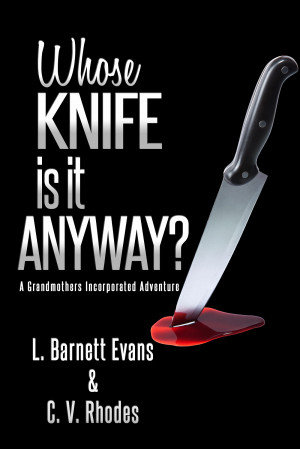 Whose Knife Is It Anyway? by L. Barnett Evans & Crystal V. Rhodes
Series: Grandmothers Incorporated, Book 4. Price: $2.99 USD. (Free until July 31!) Words: 42,250. Language: English. Published: April 23, 2017. Categories: Fiction » Mystery & detective » Cozy
WHOSE KNIFE IS IT ANYWAY? is what Bea, Hattie and Connie want to know. Trapped in the woods with a group of feuding church ladies, and a dead body, they wonder who will be next? Can the amateur sleuths of Grandmothers, Incorporated discover WHOSE KNIFE IS IT ANYWAY before the murderer claims another victim? 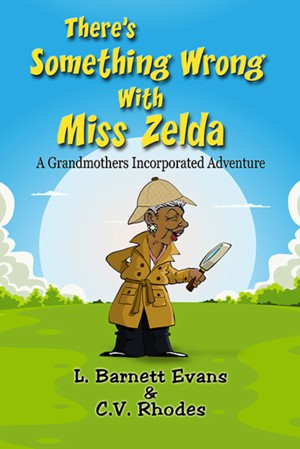 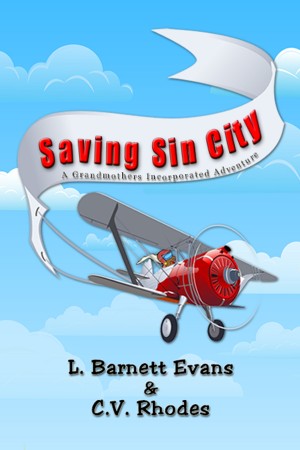 Saving Sin City by L. Barnett Evans & Crystal V. Rhodes
Series: Grandmothers Incorporated, Book 2. Price: $0.99 USD. Words: 54,710. Language: English. Published: December 4, 2011. Categories: Fiction » Humor & comedy » General
Crime solving takes a holiday,when amateur sleuths Hattie Collier, Bea Bell and Connie Palmer win a trip to Las Vegas. However, when the devil's playground proves to much for Hattie, she launches an outlandish plan to save not only her friends, but Sin City from the gates of hell. Take two fun loving grandmothers and one religious zealot, put them in Las Vegas and the result is pandemonium! 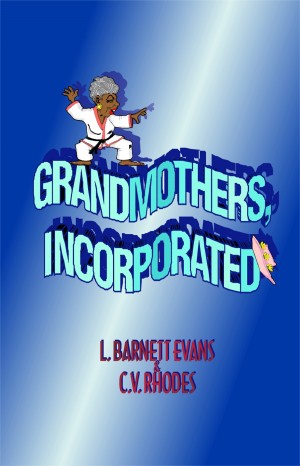 Grandmothers, Incorporated by L. Barnett Evans & Crystal V. Rhodes
Series: Grandmothers Incorporated, Book 1. Price: $0.99 USD. Words: 56,990. Language: English. Published: August 31, 2011. Categories: Fiction » Mystery & detective » Women Sleuths, Fiction » Women's fiction » General
When a former high school classmate dies, three "sixty-something" widows are determined to prove that the cause was nothing less than foul play. Certain that they know the culprit, the ladies turn the lives of everyone around them upside down in their hilarious quest for justice. In this cozy mystery authors L. Barnett Evans and C.V. Rhodes offers readers a belly full of laughs!

You have subscribed to alerts for L. Barnett Evans.

You have been added to L. Barnett Evans's favorite list.

You can also sign-up to receive email notifications whenever L. Barnett Evans releases a new book.