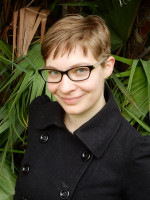 Fiona J.R. Titchenell is an author of Young Adult, Sci-Fi, and Horror fiction. She graduated with a B.A in English from California State University, Los Angeles, in 2009 at the age of twenty, is represented by Fran Black of Literary Counsel, and currently lives in San Gabriel, California with her husband and fellow author, Matt Carter, and their pet king snake, Mica.

On the rare occasions when she can be pried away from her keyboard, her kindle, and the pages of her latest favorite book, Fi can usually be found over-analyzing the inner workings of various TV Sci-Fi universes or testing out some intriguing new recipe, usually chocolate-related.

When did you first start writing?
I've been writing for as long as I can remember. I couldn't have been more than six or seven when I started typing rambling narratives about fairies and frogs and adventures in the forest.

It wasn't until I was about fifteen or sixteen that I started getting serious about it, though. Until then, I was convinced that I was going to be an actress. I always knew that I needed to be a part of storytelling, and I never stopped writing fiction on the side, but the prospect of showing written fragments of my soul to other living human beings was absolutely terrifying.

Of course, that's exactly why I had to become a writer, and why I couldn't be an actress. In acting, I was always holding back, which is what made my performances forgettable. Writing was the medium that clicked with me enough to make me honest to a terrifying degree, which is how it has to be.

I think most artists eventually have to go through that tipping point where the urge to share pieces of yourself outweighs the fear of doing exactly that.
What motivated you to become an indie author?
The usual: a bad experience with a traditional publisher. That doesn't mean I'm against traditional publishing now (in fact I recently signed on along with my husband/coauthor to do a project for a Skyhorse imprint), but after having to dissolve my first traditional publishing contract, my first three novels would have been left out of print, and The Prospero Chronicles series would have been killed after the second book, if not for the option of indie publishing.

This is what made me into a hybrid author, and for that reason, part of me is glad it happened.

I feel very lucky to live in a time when, with a little effort, an author can take control of making his or her own work available to whatever audience wants it, without being beholden to someone else's algorithm for what's most likely to make them money. Discovering this for myself has also made me feel more free to write some more personal, specific, possibly esoteric projects in the future for indie release, while still pursuing traditional publishing with my more commercial work.
Read more of this interview. 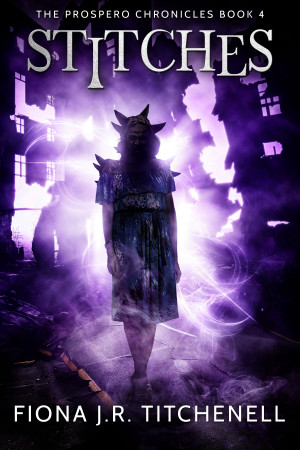 Stitches by Fiona J.R. Titchenell
Series: The Prospero Chronicles. Price: $2.99 USD. Words: 99,370. Language: English. Published: December 18, 2018. Categories: Fiction » Young adult or teen » Horror, Fiction » Young adult or teen » Science Fiction
Prospero is on lockdown. The Sliver Queen’s forces are massacring the few humans who remain. Ben is missing, and Mina’s starting to worry that there might be nothing she wouldn’t risk to get him back. In this long-awaited final chronicle, she’ll get one last chance to fight for her species, deciding in the process what her life, her friends, and her planet are worth. 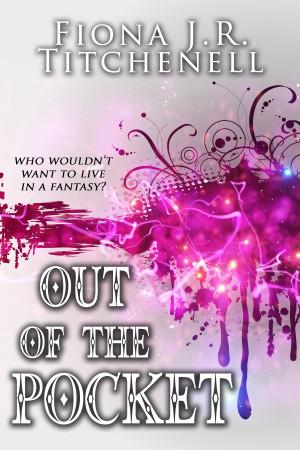 Out of the Pocket by Fiona J.R. Titchenell
Price: $2.99 USD. Words: 79,260. Language: English. Published: April 24, 2018. Categories: Fiction » Young adult or teen » Paranormal, Fiction » Young adult or teen » Fantasy
In this dark, subversive, genre-savvy take on the modern paranormal romance, the ghost of a man named Joshua Thorne appears to a lonely bookworm named Angela, begging her to help him solve his own murder. The truth of his story lies somewhere in the hidden world of jumbled memory and fantasy he calls the Pocket, but it might not be the story either of them is hoping for. 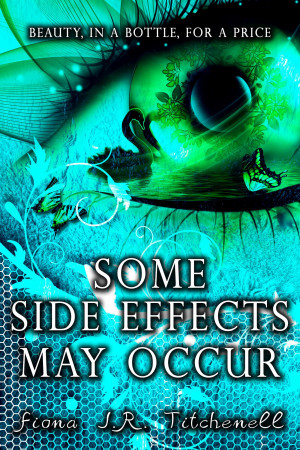 Some Side Effects May Occur by Fiona J.R. Titchenell
Price: $2.99 USD. Words: 79,680. Language: English. Published: September 5, 2017. Categories: Fiction » Young adult or teen » Horror, Fiction » Young adult or teen » Social Issues
When an aspiring teenage actress is given the chance to participate in human trials for a revolutionary new beauty supplement, she sees her one chance for a camera-ready body and a real career. She’s sure she can cope with any side effects, whatever it takes to be good enough at last, but what the treatment turns her into may be even more monstrous and cutthroat than her professional world. 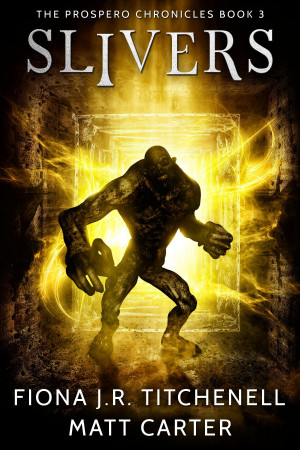 Slivers by Fiona J.R. Titchenell & Matt Carter
Series: The Prospero Chronicles. Price: $2.99 USD. Words: 91,440. Language: English. Published: July 6, 2017. Categories: Fiction » Young adult or teen » Horror, Fiction » Young adult or teen » Science Fiction
Mina and Ben's resistance Network has managed to sustain an uneasy truce with the Splinters for several months, for the purpose of stopping the far more dangerous Slivers. They've got rescuing innocent humans down to a science, but does that mean there might be room in their lives for a little normal teenage fun? 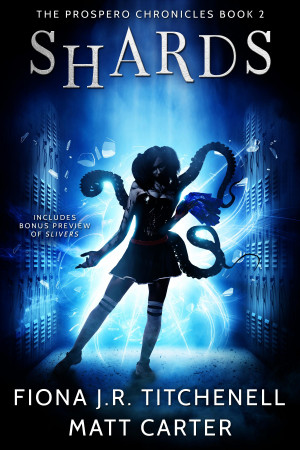 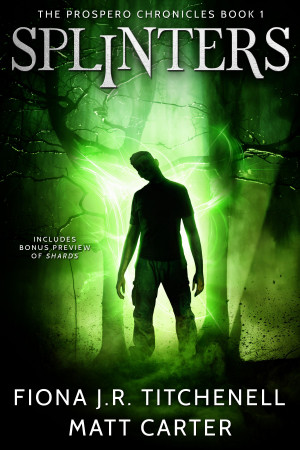 Splinters by Fiona J.R. Titchenell & Matt Carter
Series: The Prospero Chronicles. Price: $0.99 USD. Words: 81,020. Language: English. Published: June 6, 2017. Categories: Fiction » Young adult or teen » Horror, Fiction » Young adult or teen » Science Fiction
Ben's an easy-going people person with a healthy skepticism about the paranormal. Mina's a dangerously obsessive monster-hunter with a crippling fear of betrayal. Together, they're all that stands between the small town of Prospero and its insidious, shape-shifting invaders. 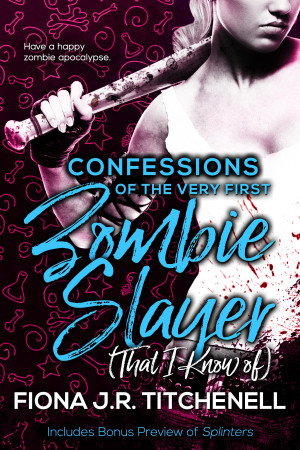 Confessions of the Very First Zombie Slayer (That I Know Of) by Fiona J.R. Titchenell
Price: $2.99 USD. Words: 85,530. Language: English. Published: April 4, 2017. Categories: Fiction » Young adult or teen » Horror, Fiction » Young adult or teen » Humor
Fifteen-year-old Cassie Fremont and her tiny band of teenage survivors take a road trip across the zombie-infested U.S. to rescue their stranded friend, and no amount of blood and guts along the way will quell their sense of snark. Now, if only they knew how to drive.

You have subscribed to alerts for Fiona J.R. Titchenell.

You have been added to Fiona J.R. Titchenell's favorite list.

You can also sign-up to receive email notifications whenever Fiona J.R. Titchenell releases a new book.