My brother was born on April 2nd of 1982 and has often said that he wished he’d been born a few hours earlier so he could be an April Fool. Little did he know that, two years later, he would have a younger brother born on April 11th. He wished to be an April Fool, and I ended up getting it in spades!

I was born in Arlington, Texas, but grew up everywhere else. As a working single mother, Mom sent us to visit my maternal grandparents for the summer months. During those summers in Ohio, we picked strawberries on their farm, played, and traveled to different parts of the country including Yellowstone National Park, the mountains of Montana, Mount Rushmore, Colorado, and many other places in the Northwest and middle United States. We visited other parts of the country as well, but I remember the Northwestern states the most fondly. Nestled among the mountains, I felt strangely at home.

I spent much of my young adult life watching the world and the people around me, my friends, my fellow students, and many of my teachers. I often found myself preferring the company of older people and wanting to learn from them. For me, life was about learning and discovering new and interesting things, so it was no wonder I enjoyed most of my time at school. And it was in high school that I discovered a love for writing.

Interestingly enough, it wasn’t a teacher who got me interested in writing. The truth is that English was one of my least favorite subjects at the time. It seemed to me to be a tedious task of taking words written on a page, rearranging them, correcting them, and writing them down again. Sometimes, it was little more than simple transcription. But in my Junior Year, I discovered that writing was more than that when another student did a project which involved my class outside of the usual classwork. He distributed “character sheets” on which were questions about what kind of character each student would want to be if he or she were a superhero. He then took them up, put together the gathered information, and wrote a brief story about all of these characters interacting together on one world. Reading that story, one in which I’d had a hand to help create, fascinated me. I began writing short stories and creating characters of my own.

But my stories would remain for personal entertainment for several years. Right out of high school, I joined the United States Marine Corps and would spend a year in military service before receiving a medical discharge. Afterward, I went from job to job to try to make a living but wasn’t incredibly successful at keeping them. Meanwhile, in the background in my personal life, I continued writing little tales and stories while developing a world in which a greater story would take place. I called this world Cerra Sevatia after the goddess whose death brought it into existence.

I made my first attempt at writing a book seven years after graduating from high school. One of the most important lessons I learned in writing that book was the amount of time and work that goes into writing a novel and how bad I was at editing! But thanks to a summer spent with my uncle and aunt in Montana and Idaho, I learned how to improve my writing and my editing. One of my uncle’s favorite sayings was that creation is a talent, but writing is a skill. It was a skill he helped me to develop over the course of the next two years.

Since then, I have spent my time in college, writing, and editing. The first of my stories, The Dragon Eaters, was published on December 24th, 2013. Though it came a day early, to have it published was a fulfilling Christmas present. Though the years between when I first took an interest in writing and the publication of my first book were difficult and often plagued by doubt, I pressed on, often citing those famous words.

“Two roads diverged in the woods, and I–
I took the one less traveled by,
And that has made all the difference.”
-Robert Frost, “The Road Not Taken”

Describe your desk
My desk right now isn't much more than an end table with a computer monitor sitting on top of it and a CPU standing next to it on the floor. There's only one drawer in the table, and it sticks. Opening and closing it is so difficult that I would risk damaging the table if I tried using the drawer regularly.
What inspires you to get out of bed each day?
Knowing that I still have work to do, be it writing, editing, or generating a new story idea.
Read more of this interview.

Where to find Duke Kittle online

Tiny Tempest Trilogy by Duke Kittle
Join Tina van Schtoffen in her adventures as she investigates magical events around the world of Cerra Sevatia. As a wizard and Theorist of the Council of Stars, she seeks to preserve the force of magic in the world and protect those who would fall victim to one who seeks to wield its power with malicious intent. 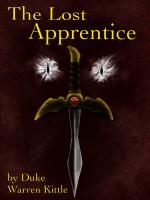 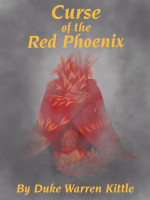 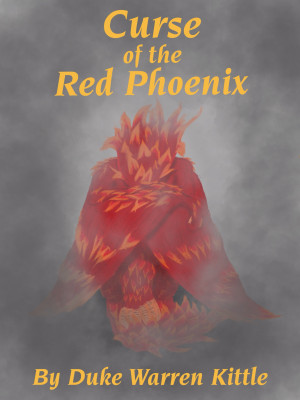 Curse of the Red Phoenix by Duke Kittle
Series: Tiny Tempest Trilogy. Price: $2.99 USD. Words: 105,590. Language: English. Published: December 5, 2016. Categories: Fiction » Young adult or teen » Fantasy
Home. That was what Tina van Schtoffen thought of the Council of Stars, but she is compelled by prophecy to flee when the High Priest of the Cult of the Red Phoenix arrives in Kerovnia. Believing she may never return, she despairs and searches for new direction only to be captured by the cult. While her closest companions try to rescue her, she faces a deadly challenge -- how to kill an immortal. 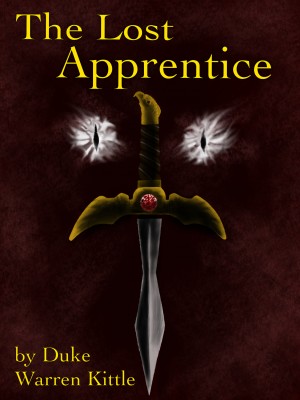 The Lost Apprentice by Duke Kittle
Series: Tiny Tempest Trilogy. Price: $2.99 USD. Words: 82,310. Language: English. Published: April 17, 2015. Categories: Fiction » Young adult or teen » Fantasy
“We are coming.” The investigation of a magical event turns deadly after Theorist Tina van Schtoffen makes a discovery in a city built beneath a giant tree. Her research reveals the reason the city was abandoned and what may have become of its people, but the revelation may come too late as events of the past try to find their way into the present. 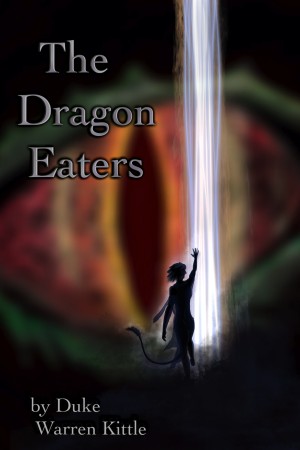 The Dragon Eaters by Duke Kittle
Series: Tiny Tempest Trilogy. Price: Free! Words: 85,470. Language: English. Published: December 24, 2013. Categories: Fiction » Young adult or teen » Fantasy
"A giant may not overcome a giant, but the giant who steps on a thorn may tumble down the mountain." When a young city on the edge of dragon territory is attacked by monsters that even the dragons fear, Tina van Schtoffen calls upon old friends and new allies in order to save the people. But along the way, she discovers that she is not the first wizard to have been there.

You have subscribed to alerts for Duke Kittle.

You have been added to Duke Kittle's favorite list.

You can also sign-up to receive email notifications whenever Duke Kittle releases a new book.