Ukrainian-born and western-educated, Jenni spent over 10 years working with the Russian financial sector. Today she lives in an undisclosed location, enjoying a quieter life as an author, musician and a mom to be. She has also produced an original Snow Job music album to accompany the release of this book (available worldwide across all media platforms).

Where did you grow up, and how did this influence your writing?
I was born and brought up in a small village in Chernobyl region, where there is nothing but endless forest and endless railway tracks. There is absolutely nothing to do - maybe that’s why I have always entertained myself by inventing crazy adventures in my head. Exaggeration, juxtaposition and unexpected plot twists always came naturally to me, even before I took any creative writing courses. This is also why it felt so obvious that I should write a novel as opposed to a memoir.
When did you first start writing?
Though already an eager storyteller, I only started writing after having read an extract from Fifty Shades of Grey. It made me quite furious that its female protagonist did not make a single choice for over a half of the book. She was just thrown into things, never making anything happen herself. Even interviewing Christian Grey in the opening scene was not her idea. I found the book so uninspiring and so demeaning to women, especially in our progressive era, with a ‘new day on the horizon’. I felt I could do a better job and portray a truer image of a modern woman. My protagonist has the courage and nerve to stand in the way of powerful men’s business interests, because she does not believe what they do is right.
Read more of this interview.

Where to find Jenni Ferchenko online 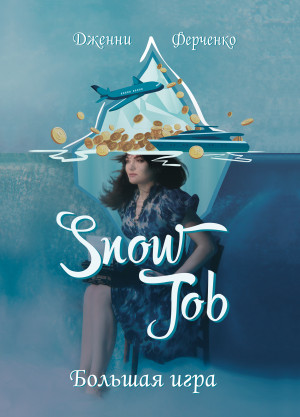 You have subscribed to alerts for Jenni Ferchenko.

You have been added to Jenni Ferchenko's favorite list.

You can also sign-up to receive email notifications whenever Jenni Ferchenko releases a new book.