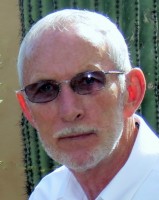 Michael Jennings was raised and educated in Seattle, Washington. He was the fourth born of a large Catholic family of eleven children. He remained in Seattle until joining the Navy shortly after graduating from high school. After completing his naval service, he went to work for The Boeing Company while attending college.

In 1971, he relocated to Denver, Colorado where he pursued his college degrees on a full-time basis—graduating from Loretto Heights College (now Regis University) in 1973 with two B.A. degrees (Behavioral Sciences & Sociology) before moving on to the University of Colorado where he obtained an M.A. degree in Sociology (1974). In 1978, he returned to Seattle and The Boeing Company before retiring in 2003. Aside from writing his two novels, Flight Surgeon & Missing You, he has written a full-length musical play, Blind Love, which awaits musical composition of the lyrics. He has also written, in conjunction with his son, Ryan, a play for his eighth-grade class, The Man Who Lost His Way. In addition to plays, lyrics and short stories, he has crafted over two-hundred & fifty poems, along with an animated story for young readers (Fluffy); all of which remain to be published. In the Fall of 2013, in collaboration with two fellow authors, he wrote a gag book titled, Understanding Women (A Guide for Male Survival). He is currently writing his third romance novel (Reflections of Me), which he hopes to publish sometime in the summer of 2018.

He has two adult children, Brendan and Ryan, and has recently taken up residence in Great Falls, Virginia, where he spends his days and evenings writing full time (between swim breaks). He is a voracious reader of novels and attends mass weekly at his local parish.

When did you first start writing?
I started writing in high school ... mainly poetry. After high school, I entered the Navy and found myself writing a lot of poetry and some short stories of my adventures in foreign lands.
What's the story behind your latest book?
It all started with a serious medical problem with my son's then wife. As her medical complexities increased, I soon realized that I could never capture all that it entailed. But still, the thoughts of a "medical story" continued to play games with my mind. After a year had passed, I sat down and started to write while vacationing (for 7 weeks) with my sons at their country-like home in Virginia. Before returning back home to the Seattle area, I had most of the story written.
Read more of this interview.

Where to find Michael Jennings online 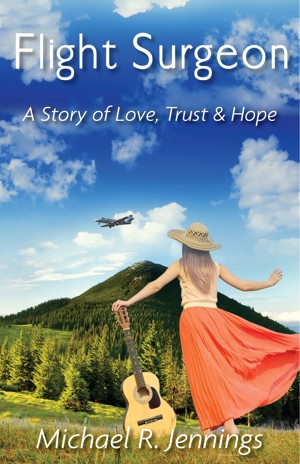 Flight Surgeon by Michael Jennings
Price: $1.95 USD. Words: 108,020. Language: English. Published: September 13, 2012. Categories: Fiction » Romance » Contemporary, Fiction » Romance » General
When a beautiful young country singer falls for a rich, handsome flight surgeon, the course of true love encounters turbulence along the way. Briana is innocent and mischievous, while Michael is serious and focused on his work for Doctors Without Borders. What starts as an easy flirtation soon becomes more complicated than either of them had bargained for.

You have subscribed to alerts for Michael Jennings.

You have been added to Michael Jennings's favorite list.

You can also sign-up to receive email notifications whenever Michael Jennings releases a new book.