Missy grew up in Idaho with her younger siblings, Karen and Mike. She received a basketball scholarship to play for four years at Tulane University where she received her Bachelor’s Degree in 1987. In 1988, while studying for her Master’s Degree at Oregon State University, she met Scott McComb. They married in 1991. Missy got a job working for the Benton County Sheriff’s Office as a parole officer shortly after graduation, although life was determined to take her elsewhere.

In 1997, she began taking helicopter lessons and completed her Commercial Pilot Certification and Instructor Ratings one year later. She began working for Quantum Helicopters in 1998 where she has been the Chief Flight Instructor since 2000. She oversees the flight operations at one of the largest and busiest helicopter flight schools in the country. Missy has also been an FAA Designated Pilot Examiner for over 15 years, one of only a hand full of helicopter DPE’s in the state of Arizona.

In her spare time Missy enjoys going to the gym several times a week, cooking, reading fiction novels, and traveling. She explores her world both from the skies and on earth. Her favorite destinations so far include the Galapagos Islands, Australia, and Tahiti. She loves to take cruises and has enjoyed about ten.

Where to find Sphere4 Publishing online 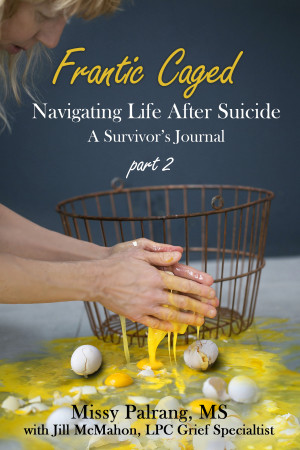 Frantic Caged: Navigating Life After Suicide A Survivor's Journal part 2 by Missy Palrang & Jill McMahon
Price: $3.99 USD. Words: 42,670. Language: English. Published: August 2, 2019 by Sphere4 Publishing. Categories: Nonfiction » Self-improvement » Death, Grief, Bereavement
In the beginning, it was a difficult decision to share something as deeply personal as my journal. It meant opening the door and saying, “Please come in. Have a seat and watch the worst and most embarrassing moments of my life. Watch me become someone my family and friends don’t recognize. Someone you might not like. Watch me be the worst version of myself. Watch me unravel.” 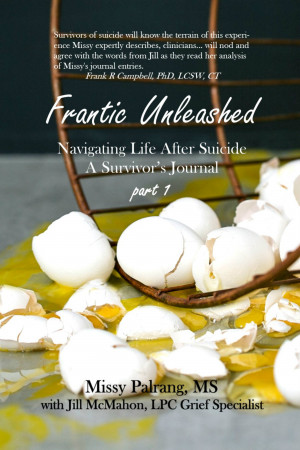 You have subscribed to alerts for Sphere4 Publishing.

You have been added to Sphere4 Publishing's favorite list.

You can also sign-up to receive email notifications whenever Sphere4 Publishing releases a new book.