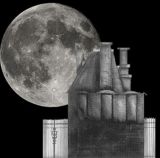 Why did you decide to write under two different names?
The first book in my Chase Dagger series, THE GOOD DIE TWICE, was released six months after the release of the first book in my Sam Casey series, WHEN THE DEAD SPEAK. Fans thought it would be the second book in the Casey series so I use Lee Driver for the Dagger series and S.D. Tooley for the Casey series.
When did you first start writing?
I didn't start writing poems when I was four, like some writers I know. I was a late bloomer. Although I liked to make up plots for my favorite television shows when I was a kid, I didn't start forming an idea for a mystery book until I was over forty. I actually like TV scripts better and wrote two scripts for the series, Moonlighting, which never saw the light of day. But writing scripts translated great into plotting a book.
Read more of this interview.

Chasing Ghosts
This is the fourth book in the Chase Dagger series. Dagger comes face to face with his past in the form of an intruder who first wants to hire him, then tries to kill him. What prompted this response? The answer lies in a series of numbers which triggers Dagger's memory and leads him to a remote city, one mile below the surface, technologically advanced yet abandoned. Or is it? 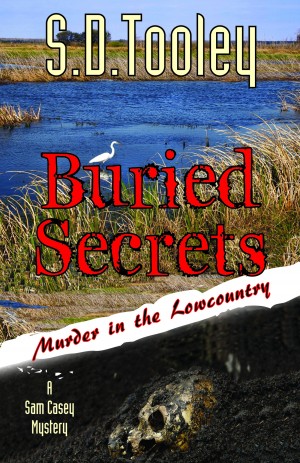 Buried Secrets by S.D. Tooley
Series: Sam Casey. Price: $4.99 USD. Words: 69,170. Language: English. Published: May 30, 2017 by Full Moon Publishing LLC. Categories: Fiction » Mystery & detective » Women Sleuths
A desperate call from a friend prompts Sam Casey and her husband, Jake, to venture east to South Carolina. The friend has no memory of the past 24 hours nor does he know the dead woman lying next to him. The Lowcountry is known for its history of hidden treasure, voodoo and root curses. Just the perfect place for Sam's talents! 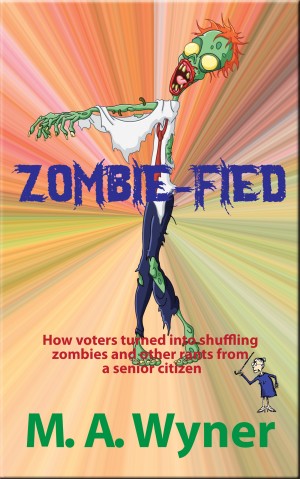 Zombie-fied by M.A. Wyner
Price: $2.99 USD. Words: 23,010. Language: English. Published: June 29, 2016 by Full Moon Publishing LLC. Categories: Nonfiction » Politics & Current Affairs » Government
How Voters Turned into Shuffling Zombies and Other Rants from a Senior Citizen -- “I’m mad as hell and I’m not gonna take it anymore!” Told with equal parts humor, crankiness, and common sense by a senior who has the pulse of the fed-up public. Few subjects are left untouched. An entertaining read during a volatile election season. 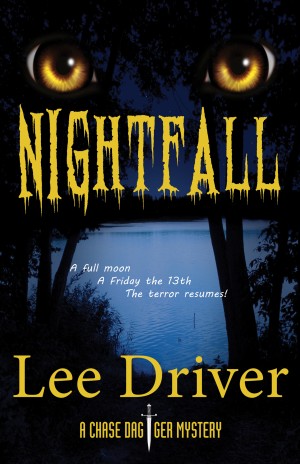 Nightfall by Lee Driver
Series: Chase Dagger, Book 7. Price: $4.99 USD. Words: 74,710. Language: English. Published: May 14, 2015 by Full Moon Publishing LLC. Categories: Fiction » Mystery & detective » Hard-Boiled, Fiction » Mystery & detective » Amateur sleuth
The body count is rising. Chase Dagger sees a connection to the serial killer, Paul Addison, who wreaked havoc during the rare full moon on a Friday the 13th . But Addison had succumbed to a fiery death. Or did he? NIGHTFALL is the sequel to FULL MOON-BLOODY MOON, the 2nd in the Chase Dagger series, which combines mystery with urban fantasy, sci-fi, and horror. 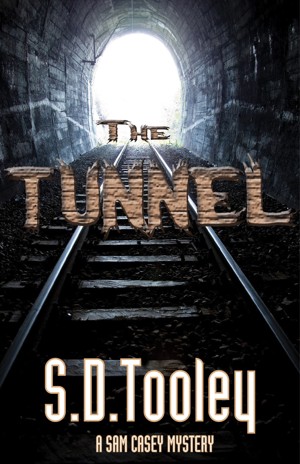 The Tunnel by S.D. Tooley
Series: Sam Casey. Price: $4.99 USD. Words: 69,520. Language: English. Published: November 25, 2013 by Full Moon Publishing LLC. Categories: Fiction » Mystery & detective » Women Sleuths, Fiction » Thriller & suspense » Psychological thriller
Six-year-old Nemo is street-savvy beyond his years, relying on instincts to stay safe. But curiosity gets the best of him when he finds a tunnel in an abandoned building. His mother warns him to stay away. It could be dangerous and he might get lost. The tunnel runs for blocks and is a great place to explore. Then one day he ventures too far. Nemo wishes he had listened to his mother. 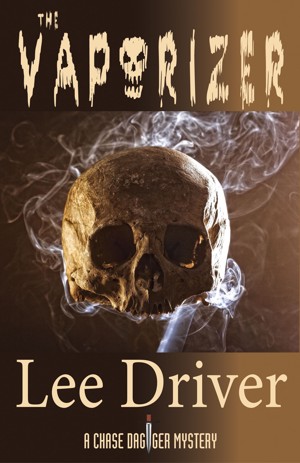 Nothing is as it seems in Cedar Point, Indiana. Three gang members appear to have died of natural causes. Then the medical examiner completes the autopsies and discovers the victims are missing their brains. When something strange rears its ugly head, the police turn to Chase Dagger. 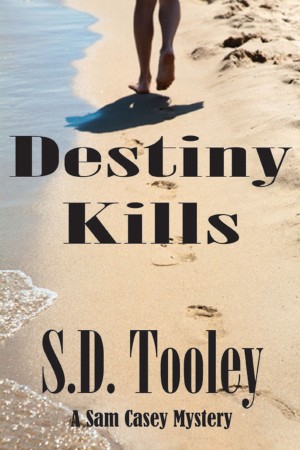 One week before her wedding a young woman strips, takes the time to fold her clothes, then calmly walks into Lake Michigan. When Sam Casey is asked to look into the death of a young mother who left her infant in a high chair, walked down the street and jumped off the overpass, Sam finds a strange similarity—they each received a phone call just prior to committing suicide. 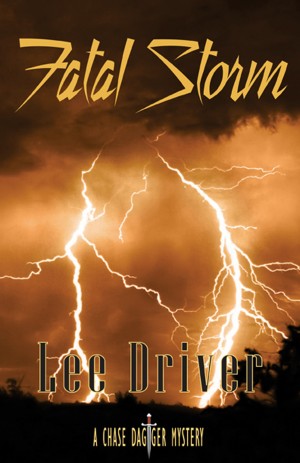 Something strange is taking place at the Sebold mansion. When ghost hunters decide to spend a night, one person is missing in the morning. There have been other disappearances and homicides in the past, and the one common denominator has been the weather. Dagger and his entourage spend a night at the mansion to seek answers. But another storm is building on the horizon. Fifth in the series. 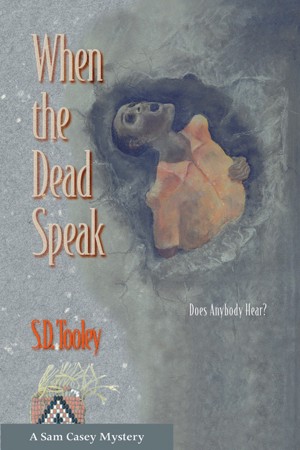 The body of a U.S. soldier reported AWOL during the Korean War is found encased in a concrete pillar. What secret did he carry to his grave and why is someone hell-bent on keeping that secret buried? Sgt Samantha Casey has an advantage over other cops. The dead speak to her, tell her secrets about their life and death. But sometimes what she learns can get her killed. First in the series. 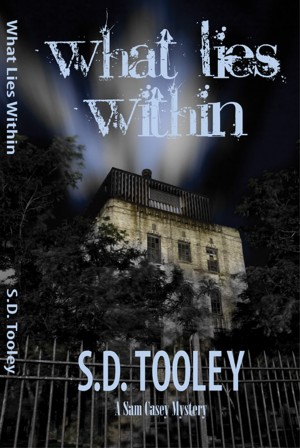 For seventy years Sin Strip was the place to be in Chasen Heights, IL. It offered any decadence the heart desired. It was an age of self-indulgence that began a decline in 1995. But two weeks before the wrecking ball was to destroy one of the remaining landmark hotels, the police make a grisly discovery. Not all of Chasen Heights' secrets were destroyed when Sin Strip was closed down. 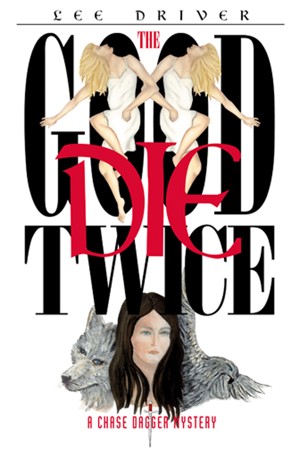 A woman is murdered five years after her alleged death. The first in the Chase Dagger Series which combines mystery with fantasy. (Every detective should have a shapeshifter for a partner.) "The attendant breezy sex, violence, and action, coupled with bits of Indian lore and Einstein the talking macaw, should have readers clamoring for the projected next novel." -- Library Journal. 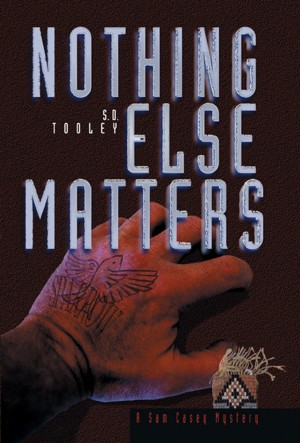 "A staunch opponent of gambling is found murdered on a riverboat casino." When a renegade mercenary is hired to kill an opponent of gambling, he is puzzled why a reverend would be targeted. But then he realizes he has been paid with counterfeit money and now is suspicious of the satchel the reverend carried. The second in the Sam Casey series and winner of ForeWord Magazine's Best Mystery Award. 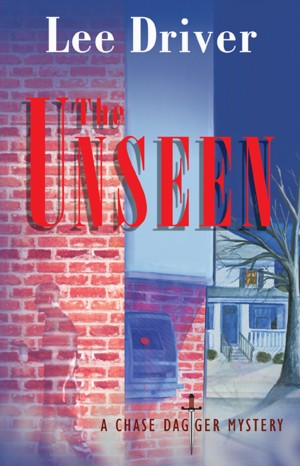 Chase Dagger is pulled into several cases that are linked by the most bizarre common denominator: Not one surveillance camera reveals the assailant. One of the victims was a scientist which garners the attention of the FBI, CIA, and DOD. Exactly what was the scientist working and what connection does he have to the other cases? A mystery laced with urban fantasy and sci-fi. 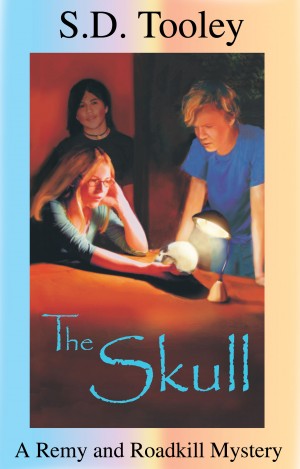 After 13-year-old Remy practices forensic reconstruction on a monkey skull she found at an estate sale, she realizes the skull isn't from an animal. There are others who know the skull is human and there is one person who will stop at nothing to keep its identity a secret. Hidden passageways, a suit of armor that moves, a small town with big secrets. Is there a better way to spend the summer? 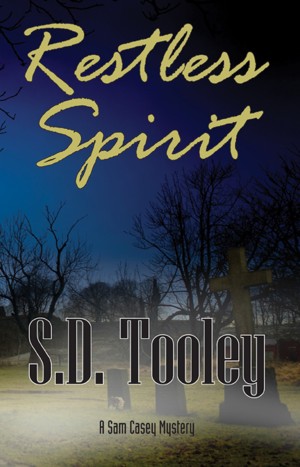 When Sam touches a button unearthed at a construction site, she sees a murder taking place, hears the name of the killer. But it's not the man due to be executed in two months. Book 3 in the Sam Casey series. "An exciting mix of police procedure, spiritual intuition, creeping suspense, and page-turning narrative." Library Journal 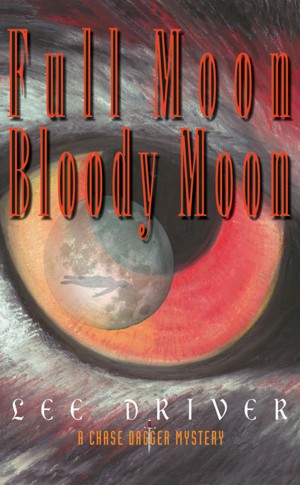 A series of gruesome murders leads a cop and a professor to the doorstep of Chase Dagger, a P.I. whose cases tend to resemble X-Files. But when the two men try to convince him that the killer has been around for 200 years, Dagger has his doubts. Could this evil really have been passed on through generations? Or is it just your normal, everyday serial killer? A great blend of mystery and horror. 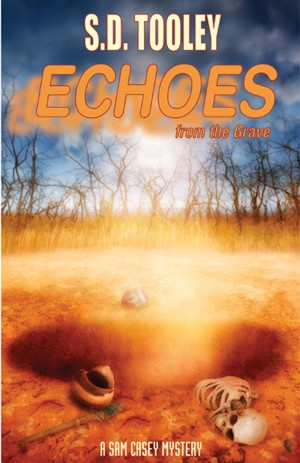 Former homicide detective Sam Casey finds it hard to stay away from crime scenes, especially those where victims have died violently. When centuries-old skeletal remains of Native Americans along with artifacts are discovered during the construction of a downtown office building, Sam's visions lead her toward a different conclusion -- the deaths are more recent. 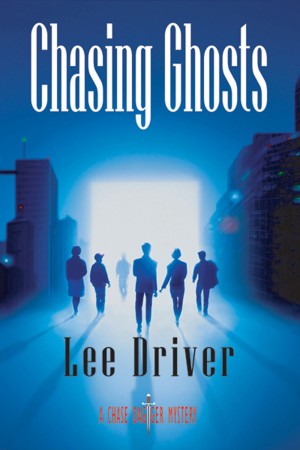 What if everything you knew about your past was wrong? What if who you thought you were was all a lie? The answers lie in a series of numbers which lead Dagger to a remote city...one mile below the surface, technologically advanced yet abandoned. Or is it? This is the fourth book in the Chase Dagger Series which combines mystery with urban fantasy.

You have subscribed to alerts for Full Moon Publishing LLC.

Would you like to favorite Full Moon Publishing LLC?

You have been added to Full Moon Publishing LLC's favorite list.