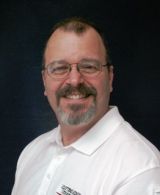 George T. Williams has been acting as a compensated expert witness since 1991. He is accepted nationwide as an expert in federal, state, and municipal courts, as well as in employment arbitration hearings. He provides testimony in many diverse areas of police litigation, including police force, deadly force, procedures, tactics, pursuits, Police Service Dog, patrol, SWAT, and jail cases.

Mr. Williams is a nationally and internationally known trainer and innovator of police force skills and programs including firearms, defensive tactics, impact weapons, aerosol restraint systems, arrest and control, and TASER (registered trademark). He routinely presents officer safety and survival classes nationwide, and has trained dozens of SWAT teams in his career. He is widely known for his civil liability prevention training, and ability to distill force law into applicable knowledge for the average officer.

A prolific author, Mr. Williams offers original thinking in police tactics and force response through his writing. He has authored over 200 articles in such prestigious publications as the FBI’s “Law Enforcement Bulletin,” the National Tactical Officers Association’s “The Tactical Edge,” the International Chiefs of Police “The Police Chief,” “Law & Order,” “The Police Marksman,” the International Association of Law Enforcement Officers “The Firearms Instructor,” and many more. His first book, “Force Reporting for Every Cop” (Jones and Bartlett, Boston, 2006), is a valuable tool in developing an officer’s reporting skills.

You have subscribed to alerts for George T. Williams.

You have been added to George T. Williams's favorite list.

You can also sign-up to receive email notifications whenever George T. Williams releases a new book.