An avid reader of Regency romances for many years, Gareth Ellzey decided to try her hand at writing one. The Unicorn Talisman is her first book.
Currently she lives in Austin, Texas, with 3 'only cats,' and an only husband. You can email her at redfox@prismnet.com.

Where to find Gareth Ellzey online 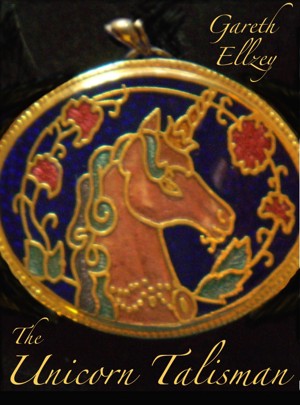 The Unicorn Talisman by Gareth Ellzey
Price: $2.99 USD. Words: 85,580. Language: English. Published: December 6, 2011. Categories: Fiction » Romance » Regency
When Lucinda's father dies, all but destitute from the Waterloo Panic, she must shoulder the responsibility of maintaining the household and caring for her dying mother. When two young men arrive, with interest in buying the plot of land that is her dowry, Lucinda discovers the ugly duckling is a swan after all,

You have subscribed to alerts for Gareth Ellzey.

You have been added to Gareth Ellzey's favorite list.

You can also sign-up to receive email notifications whenever Gareth Ellzey releases a new book.