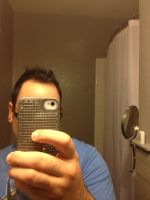 Do you remember the first story you ever wrote?
Yeah. Well, sort of. I remember listening to the audio book of Chelsea Handler's Are You There Vodka? and thinking, no joke, I could do this too. I can write funny and interesting stories just as well as Chelsea Handler. As far a specific story goes, no, I don't remember which was the first. Once I sat down to write, thinking I could possibly be just as funny as Handler, so many stories just started pouring out of me.
What is your writing process?
I play video games to help calm my brain long enough to start going over story ideas. Somehow, I become very zen when shooting zombies or hunting treasure. When I've got some good ideas, I start to build outlines in my head. Then, I eat tons of candy and cake and procrastinate for as long as I can. Maybe I'll watch a movie or two. If I'm still feeling good about the story after ignoring it for a while then it's a keeper.
Personally, I NEVER stop writing a story until it has an ending. If that means not sleeping for a few days, then so be it. For me, once the writing begins, I build a momentum where ideas and jokes are just coming to me at lightening speed and I don't EVER want to waste that. It's so hard to regain the same kind of mood or headspace you were in when you were on fire blazing through a great story.
Also, I NEVER force it. Sometimes I'll tell myself, "today I'm going to write." Doing that just builds expectations in my head. If I can't write when I said I would, then I feel disappointment and shame. It's best to just let it happen when it happens. Also, Since my stuff is funny, if I'm not in a funny mood, then my jokes will not land and the story suffers.
Finally, I edit as I go. This is a huge no-no and a terrible habit any writing teacher will tell you to immediately break, but it works for me. For some people it tends to hurt there momentum and they lose ideas or focus. In my marathon style of story writing, editing as I go is the equivalent of taking a pause to run in place. I may not be going anywhere, but I have chance to take in and appreciate the scenery.
Read more of this interview.

Where to find Gabriel Mendez online 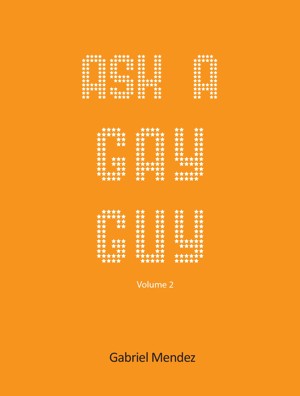 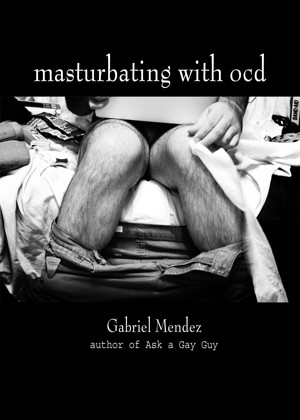 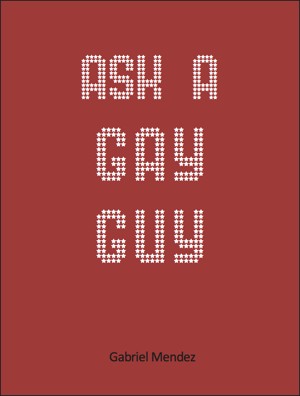 Ask A Gay Guy by Gabriel Mendez
Price: $0.99 USD. Words: 16,460. Language: English. Published: November 7, 2012. Categories: Nonfiction » Gay & Lesbian » Dating & relationships, Nonfiction » Entertainment » Humor & satire
After one year of answering questions from you, the readers, the Q&As have been collected to create the first ever "Ask a Gay Guy" book. You can find answers to some tough questions about life, love and some really gay stuff. From "does it hurt?" to "how do I find a date?" you can get all your questions answered here. We all have questions. Why not "ask a gay guy?"

You have subscribed to alerts for Gabriel Mendez.

You have been added to Gabriel Mendez's favorite list.

You can also sign-up to receive email notifications whenever Gabriel Mendez releases a new book.