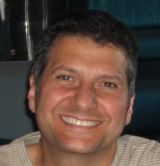 George has been involved in writing and editing all of his adult life, actually starting when he was a teenager working for a local newspaper.

George retired from full-time employment after surviving a massive stroke in 2007. Now fully recovered, his recuperation was long and challenging. Having made it through, George is ready to devote attention to his lifelong hobby and love of writing.

George's initial book, "The Road to New Hope," is a fictional novel in which he addresses (and tries to answer) some of the questions he has asked throughout his lifetime. At the least, he hopes to make the reader think in ways that are new and revealing, especially to one's self.

What prompted the writing of "The Road to New Hope"?
My wife's family lives in Johnston County, North Carolina, a largely-rural area that is about 45 minutes to the southeast of Raleigh.

We would visit there often. There is a small Baptist church there on one of the roads we often traveled, and I would always wonder, as we passed the church, about its pastor, congregants and their lives.

One weekend, I sat down and started writing, using that church as my starting point. That led to the creating of Charlie and Harley Odel, Charlie's wife, Harley's girlfriend, and the congregants who are spotlighted in the story.
Are you a Baptist? Do you have to be a Christian to enjoy the book?
Actually, I am not a Baptist, and no, you do not have to be a Christian for the story to speak to you. If you are a Christian, it will resonate within you differently than it will a non-Christian, but it will speak to people all across the religious-denomination spectrum, from fervent believer to non-believer.

One of the things with which I am very pleased is the broad appeal of the book, regardless of the reader's religious beliefs . . . or non-beliefs, if you will.

Personally, I have been "all over the board." I was raised as a Catholic, but have also been, at different points in my life, a Baptist, a Methodist, and an agnostic.

Honestly, personally, I am not sure what I believe. But I do respect the beliefs of others, and I hope that respect is displayed throughout the telling of the story.
Read more of this interview. 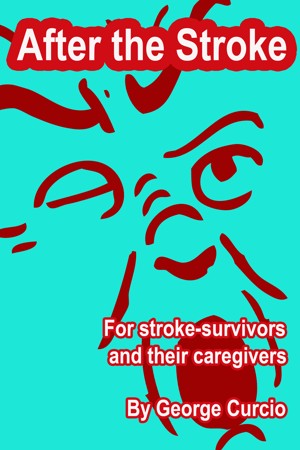 After the Stroke by George Curcio
Price: Free! Words: 4,340. Language: English. Published: March 27, 2014. Categories: Nonfiction » General reference » Questions & answers
"After the Stroke" is a short synopsis of some of the problems experienced following survival of a stroke. It is an attempt to share with other stroke-survivors and give them an idea of what has been experienced by others. The ultimate goal is that reader feedback will lead to a longer, in-depth book that can serve as a "reference" for stroke-survivors, their caregivers and loved ones, and all 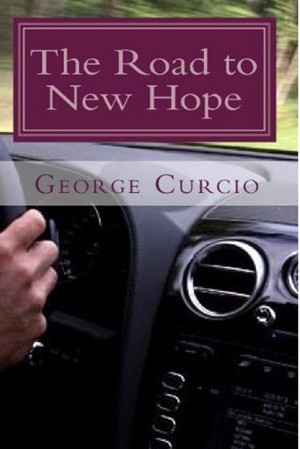 The Road to New Hope - A "Charlie Odel" novella by George Curcio
Price: $0.99 USD. Words: 30,060. Language: English. Published: March 24, 2014. Categories: Fiction » Plays & Screenplays » American, Fiction » Christian » Contemporary
Charley Odel. Harley Odel. Two brothers. United as youths, disjoined as adults. For one, it is the ultimate road trip. For the other, it is an emotional journey. Each hopes for answers at the end of the road.

You have subscribed to alerts for George Curcio.

You have been added to George Curcio's favorite list.

You can also sign-up to receive email notifications whenever George Curcio releases a new book.