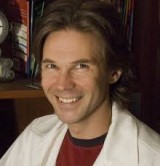 George Ivanoff is an author and stay-at-home dad residing in Melbourne, Australia.
He has written over 90 books for children and teenagers, including fiction and non-fiction. He has written school readers, library reference books, chapter books, novelettes, novels and even a short story collection. He has books on both the Victorian Premier’s and the NSW Premier’s Reading Challenge booklists.
His teen science fiction novel, Gamers’ Quest, won a Chronos Award for speculative fiction. The sequel, Gamers’ Challenge, was shortlisted for the same award. And the final book in the Gamers trilogy, Gamers’ Rebellion, also won a Chronos Award.
George’s current series of books is the interactive You Choose series. Eight titles so far with another two due out in late 2016.You Choose: The Treasure of Dead Man’s Cove won the 2015 YABBA in the “Fiction for Younger Readers” category.
George has also been writing a new series of adventure books for kids — RFDS Adventures. The first two books in this series were published in February 2016, with the next two in May 2016.
George also writes short stories and articles for adults as well as kids. Of all these, he is most proud to have had the opportunity to write a Doctor Who story for the Short Trips: Defining Patterns anthology (Big Finish, UK, 2008).
George eats too much chocolate, drinks too much coffee and watches too much Doctor Who. He will sometimes indulge in a nice bottle of wine or a single malt Scotch.
He has one wife, two children, two cats and four chickens. And he is very content!

Where to find George Ivanoff online 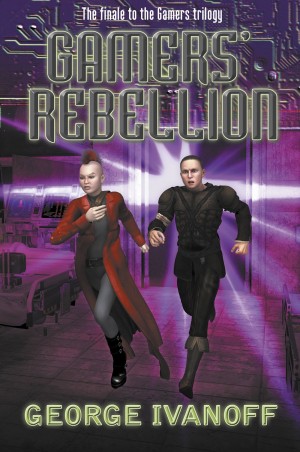 Gamers' Rebellion: Book Three of the Gamers Trilogy by George Ivanoff
Price: $6.99 USD. Words: 45,610. Language: English. Published: May 25, 2016 by Ford Street Publishing. Categories: Fiction » Young adult or teen » Science Fiction, Fiction » Children’s books » Action & Adventure / Survival Stories
Tark and Zyra finally make it out into the real world ... but it seems like everyone has an agenda, and Tark and Zyra are to be the pawns in other people’s power games. They discover that kidnapped children have been wired directly into the mainframe. Will Tark and Zyra be able to free the children and save the characters within the game? Or will the Designers’ plans for world domination win out? 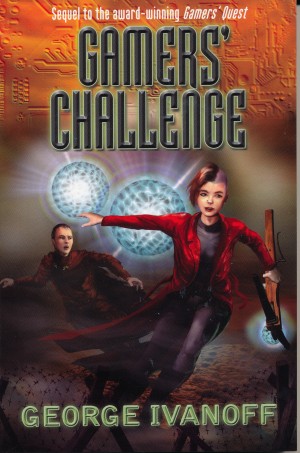 Gamers' Challenge: Book Two of the Gamers Trilogy by George Ivanoff
Price: $6.99 USD. Words: 38,300. Language: English. Published: May 25, 2016 by Ford Street Publishing. Categories: Fiction » Young adult or teen » Science Fiction, Fiction » Children’s books » Action & Adventure / Survival Stories
Book 2 in the Gamers Series For Tark and Zyra, life was literally just a game, controlled by the all-powerful Designers. But then they broke the rules and life got a whole lot more complicated … and deadly. Pursued by a powerful computer virus they must locate the Ultimate Gamer with the help of some unexpected allies, and face their greatest challenge — finding a way out of the game … 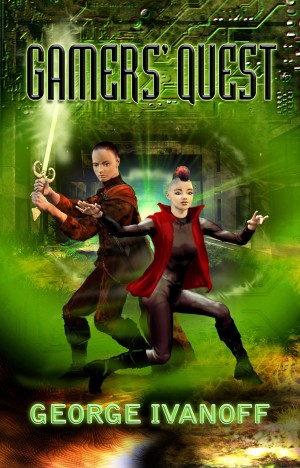 Gamers' Quest: Book One of the Gamers Trilogy by George Ivanoff
Price: $6.99 USD. Words: 33,660. Language: English. Published: May 25, 2016 by Ford Street Publishing. Categories: Fiction » Young adult or teen » Science Fiction, Fiction » Children’s books » Action & Adventure / Survival Stories
Tark and Zyra are teenaged thieves on a quest. In a world of magic and science, where dragons and mages exist alongside drones and lasers, they endeavour to reach the haven of Designers' Paradise. But their world is not what it appears to be and their haven is about to come under threat of destruction.

You have subscribed to alerts for George Ivanoff.

You have been added to George Ivanoff's favorite list.

You can also sign-up to receive email notifications whenever George Ivanoff releases a new book.