6 September 2017: It is with tremendous sadness that I have to give the news that dear Ron passed away peacefully last night. Those of you who have followed him on his FB page will know that he was diagnosed with cancer earlier this year. Our thoughts and condolences go out to his family and friends. Ron&#39;s website &#39;Lakeland Hunting Memories&#39; will remain active in perpetuity as his legacy to the sporting traditions and social history of the Lake District.

Gone2Ground Books was created by Ron Black and Wendy Fraser in 2011 after they had successfully published a few books based on Ron&#39;s personal experiences as a boy brought up in Ambleside, in the Lakeland District of Cumbria (UK). Ron&#39;s books describing the social life and history of the region were produced from the pages of his popular website, Lakeland Hunting Memories, created by Wendy in 2008.

Ron writes: &quot;Recently I was told that 95% of Lakeland was unexplored in an archaeological sense. With the abolition of Fox Hunting in 2005 there was a slight chance that places and structures associated with fox hunting would in the fullness of time join them, lost in time and memory.

&quot;It was with this in mind that I began to compile material for my website. It is not my intention for it to glorify or be used as propaganda for or against hunting, but simply to record associations with a &#39;sport&#39; traditional to Lakeland for over 300 years.

&quot;I am a native Lakelander with roots going back to 1700, the 4th generation to follow hounds, with ancestors who stood on the cold tops at dawn, moved the heavy Lakeland stone to free trapped terriers and also &#39;carried the horn&#39; on occasions. I hope this site is of interest to you. Hunting will not come back in the foreseeable future, perhaps not at all, but for three hundred years hunting and the church were the central thread to many communities. This is a part of the story.&quot;

Where to find Gone2Ground Books online 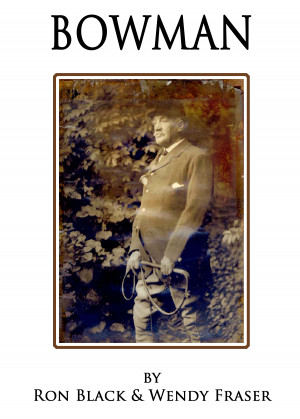 Bowman by Ron Black & Wendy Fraser
Price: $7.99 USD. Words: 98,400. Language: Commonwealth English. Published: November 27, 2016 by Gone2Ground Books. Categories: Nonfiction » Sports & outdoor recreation » Hunting, Nonfiction » History » European » Europe / Great Britain
As far as we are aware this will be the first book about Joe Bowman, “Auld Hunty”, legendary huntsman to the Ullswater Foxhounds, since W. G. Skelton. Using newspaper reports and other source material the book attempts to give an insight into Joe Bowman, the life he led and the country he loved. Considered to be second only to the fabled huntsman John Peel, his fame spread worldwide.
Back to profile overview

You have subscribed to alerts for Gone2Ground Books.

You have been added to Gone2Ground Books's favorite list.

You can also sign-up to receive email notifications whenever Gone2Ground Books releases a new book.