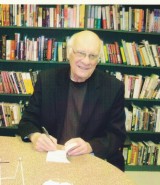 Bert Goolsby, a former Chief Deputy Attorney General of South Carolina and Judge of the South Carolina Court of Appeals, has heretofore authored, among other things, three short-story collections, Five Stockings, Sweet Potato Biscuits, and Humanity, Darling, and published seven novels, Purple Yarn, Finding Roda Anne, The Locusts of Padgett County, The Trials of Lawyer Pratt, Familiar Shadows, Harpers' Joy, and Her Own Law. South Carolina Lawyers Weekly also serialized Harpers' Joy. His short stories "A Presbyterian Cookbook" and "The Fan Dancer" appear in the anthologies On Grandma's Porch and More Sweet Tea, respectively. Marlo Thomas included his piece "Truck No. 15" in her work The Right Words at the Right Time, Volume 2. His nonfiction works include a law book, The South Carolina Tort Claims Act: A Primer and Then Some, and two Christian devotionals, Lex Christi and 90 Devotions for Lawyers & Judges and Those They Serve. A Citadel graduate with a law degree from the University of South Carolina and an advanced law degree from the University of Virginia, he lives in Columbia, South Carolina with his wife Prue. They have one son, Philip Lane Goolsby, M.D., a family physician who resides in Green Bay, Wisconsin.

Where to find Bert Goolsby online 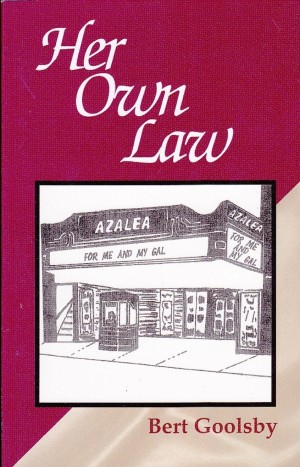 Her Own Law by Bert Goolsby
Price: $0.99 USD. Words: 91,670. Language: English. Published: April 12, 2011. Categories: Fiction » Thriller & suspense » General
In June, 1943, draft-exempt Delaware Huggins leaves his Georgia home to seek work at a shipyard. But fate intervenes when Tweeve Cumbee, a recent widow he meets along the way, coerces him into marrying her. The worst is yet to come. Soon after landing a part-time job at a second-rate movie theater, he is charged with capital murder and Tweeve, untrained in the law, insists on defending him.

You have subscribed to alerts for Bert Goolsby.

You have been added to Bert Goolsby's favorite list.

You can also sign-up to receive email notifications whenever Bert Goolsby releases a new book.