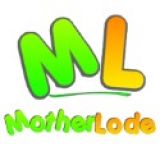 I am an avid reader who loves books! My tastes are eclectic, and I'm willing to give most genres a shot.

You can learn more about my ratings here:
http://www.gracekrispy.com/my-ratings/

You can learn more about my review policy here:
http://www.gracekrispy.com/my-review-policy/

Whether you are an avid reader or a working author, check out the forums at http://www.mobileread.com for some great company and conversation revolving around the world of ebooks!

Where to find GraceKrispy online

You have subscribed to alerts for GraceKrispy.

You can also sign-up to receive email notifications whenever GraceKrispy releases a new book.